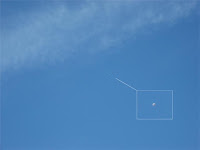 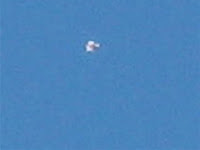 Since folks are seeing this all over the world, I thought I'd put it out there. We saw this (my husband, son and myself) in August 31, 2008 in Phoenix heading south to north on a very directed path in daylight. It moved very slowly, whic makes me think it might have been quite high in the sky. I thought I'd mention it. My husband, an extreme skeptic, announced "it's a UFO." My first thought was wayward balloons, but it was not only going against the wind, but it was moving very purposefully and not getting smaller and smaller as balloons do when they lift. Let me know if you've seen it too.