DVD PRIZE CONTEST FOR MY FOLLOWERS! 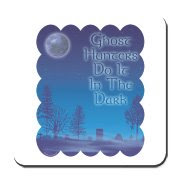 Every year or two I clean out my horror collection on DVD. Sometimes folks give me a movie as a gift that I already have and I don’t have the heart to tell them, so I share the wealth with others. Sometimes, my moods change and things I once liked I’m just not so into anymore. Others, I only need to see once. (I know I’m weird, but I actually only saw “Sixth Sense” once! It was one of those movies for me).

I’m a Virgo and highly organized, so dead weight goes quickly. If I bring a new movie in, another must leave. I have so many horror movies that I keep them in a CD album alphabetized and it barely takes up any space. I’ve gone through the collection this year and am left with 10 DVDs that I’ve placed into jewel cases. The last few years I used my give-away DVDs for our local “Cemetery Crawl” event as prizes, but I decided this year I’d treat my regular readers to an opportunity to broaden their collections.

Requirements: You have to be already one of my 14 followers as of the time of the posting of this article. (I have your screen names. MIKE & JULIE—you have a screen name with both your names, but obviously you are two folks, so you can enter separately).
Prize: 10 DVD horror movies mailed to you.
Contest guidelines: I’m looking for the best new replacement for the popular ghost hunting T-shirt that reads “Ghost Hunters Do It In The Dark.” So, I want your best “Ghost Hunters Do It (description that fits ghost hunting and has double meaning).”
Why come up with a new slogan?: I was hoping to dress as a “Tomb Raider/Indiana Jones” kind of ghost hunter for Halloween next year (no, I’m not trick or treating, hoping to have a cool party) and wanted to a tank top that said something racy (yeah, I have a very bawdy sense of humor).
Deadline: April Fool’s Day is the last day to enter. Winner will be announced on April 2nd and the DVDs mailed to you immediately.
How to Enter: Comment on this article with your phrase and your name. One entry each, so really make it count.

P.S. Since I would hate to enter a contest and not know if the DVDs are ones I’m even interested in (or heaven forbid be ones I already own), I’m listing them below

MOVIES:
Dark Heritage (1989): An uncredited adaptation of H.P. Lovecraft's "The Lurking Fear." After a violent thunderstorm, mutilated bodies are found at a Louisiana campground. Investigative reporter Clint Harrison uncovers a dark local legend about the reclusive Dansen clan, who may be connected with the murders. Determined to dig up the truth, Clint and his buddies decide to spend a stormy night at the seemingly abandoned Dansen mansion. (*I actually don't recall this one except the house part of it which was a cool house, don't think I really got into the story, though)

Don’t Be Afraid of the Dark (1973): A neurotic housewife named Sally and her business exec husband move into Sally's family house, a spooky two story Victorian mansion. When Sally starts the redecorating along with her pompous decorator she comes across a locked room in the house. After arguing with the handyman who insists she should leave the room locked, she finally gets the key. But once she opens her father's old study and has the bricks from the fireplace removed, strange things begin to happen. Sally begins to see small creatures everywhere, but no one will believe her. Her husband dismisses her as neurotic and her friend thinks Sally may be loosing her mind. But things take a deadly serious turn when the decorator trips at the top of the stairs and falls to his death. Sally sees a rope lying across the place where he tripped, but when she picks it up to take it, a horrifying little creature pulls it from her grasp. Is she crazy? Or has Sally released demons in the house, demons her father summoned? (*This one's a classic 70s made-for-tv spooky one!)

Lemora: A Child’s Tale of the Supernatural (1973): A young girl who returns to her hometown to see her dying father finds herself being drawn into a web of vampirism and witchcraft. (*This one is dark and very unusual, entertaining, and has that "Dark Shadows" era feel)

Prom Night (2008, remake): Donnas senior prom is supposed to be the best night of her life, one of magic, beauty, and love. Surrounded by her best friends, she should be safe from the horrors of her past. But when the night turns from magic to murder there is only one man who could be responsible, the man she thought was gone forever. Now, Donna and her friends must find a way to escape the sadistic rampage of an obsessed killer, and survive their Prom Night. (*It's not Jamie Lee Curtis, but it's definitely tense)

(Double feature) “The Ghastly Ones” (1968) and “Seeds of Sin” (1968): The Ghastly Ones: gruesome tale of revenge and bloodshed, from the Shock King of Staten Island, cult director, Andy Milligan. This super-cheap horror film story is set in an eerie Victorian mansion where a family has gathered for a will-reading. Three couples must spend the night there to inherit a fortune according to the will. Then they start dying one by one, as people are impaled with pitchforks, decapitated, dismembered, and have their throats hacked open with knives. There is a lot of disgusting gore including a scene where a hunchbacked cretin eats live rabbits. “Seeds of Sin”: Claris Manning is an alcoholic invalid who tyrannizes her children when her youngest daughter, Carol, invites her family to spend a Christmas week together. They include Matthew, a crackpot clergyman; Michael, a misogynist businessman whom is sexually attracted to Carol, but abusive to his wife Susan; Margaret, the eldest daughter, whom is currently dating a local tough named Jonathan; and Buster, the youngest son from a military school whom brings over his gay lover Drew. Meanwhile, the two live-in servants, Peter and Jessica, plot to kill Mrs. Manning to gain her money for themselves. But an unseen killer soon begins killing off all the characters present for their debauched lifestyles they have led to since leaving the household (*I admit, a friend gave me this and I don't recall if I liked them, I just know I never got around to seeing them again)

Wolf Creek (2005): Just when you thought it was safe to go hiking in the bushes again...along comes Mick Taylor. Kristy, Ben and Liz are three pals in their twenties who set out to hike through the scenic Wolf Creek National Park in the Australian Outback. The trouble begins when they get back only to find that their car won't start. The trio think they have a way out when they run into a local bushman named Mick Taylor. Wait until you get a load of what Mick has in store for them. Their troubles have just begun. (*Very scary, very grizzly)

Lost Boys: The Tribe (2008): Sequel. The orphan and former surfer Chris Emerson and his sister Nicole Emerson move to Luna Bay expecting to initiate a new life without housing expenses with their Aunt Jillian, but she charges rent to the siblings for a wrecked house, and Chris seeks a job working as board shaper to raise money for the unforeseeable expenses. While in town, he meets his acquaintance and also former surfer Shane Powers that invites Chris for a surf parting at night. Then the siblings unsuccessfully seek out the board shaper and vampire hunter Edgar Frog in his trailer trying to find a job and Chris leaves a message for him. They go to Shane's party and Nicole stays with Shane and drinks booze offered by him. Later she becomes a half-vampire and Edgar advises that she drank vampire's blood and can only be saved if the head-vampire is killed. Chris and Edgar search the hiding place of Shane and his tribe to save Nicole. (*It's not like the fantastic original, but I dig the lead vampire. Heck, I always dig the lead vampire, what am I saying?)

The Exorcism of Emily Rose (2005): When a younger girl called Emily Rose (Carpenter) dies, everyone puts blame on the exorcism which was performed on her by Father Moore (Wilkinson) prior to her death. The priest is arrested on suspicion of murder. The trail begins with lawyer Erin Bruner (Linney) representing Moore, but it is not going to be easy, as no one wants to believe what Father Moore says is true. (*Fantastically moody and very genuinely scary, but after my son had two seizures with meningitis, I can't take seeing this movie anymore. It's very comparable to "The Exorcist" in mood and creepiness)

Alone in a Haunted House (2004): Documentary. Learn the basics of ghost hunting by watching a professional in action as How to Hunt Ghosts author Joshua P. Warren spends a night alone in a purportedly haunted house in a one-of-a-kind documentary that's guaranteed to give viewers goose-bumps. From the tools of the trade to the tricks used to coax the spectral beings out of hiding, this film offers every bit of advice needed for the determined amateur to further advance their ghost hunting skills. For viewers not yet be convinced about the existence of the supernatural, the strange manifestations and eerie EVP (electronic voice phenomenon) recordings captured by Warren will no-doubt offer hair-raising proof of something strange is attempting to work its way into the human realm. In addition to presenting visible evidence of actual ghosts and educating viewers about such time-honored ghost hunting tools as EMF meters, night-vision scopes, and electrostatic generators, Warren also educates his audience about the elusive connection between otherworldly entities and electricity by creating spectacular light forms and addressing the controversial topic of ghostly orbs. (*This teaches basic ghost hunting by this dude's point of view. It's a wickedly cool building he stays in alone that night and he does show you some equipment that's interesting. In fact, after seeing this, I got a strobe light. It hasn't helped, but I feel I should give equipment a really long run before I put it down to rest. A lot of his stuff is questionable to me, like orbs, but I appreciate his trying to use equipment and staying away from the woo-woo stuff)