Where the Ghosts Are 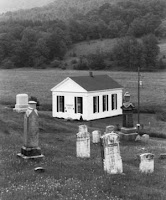 If you were a single looking for a hookup, you might try a bar or one of those online dating services, attempt a speed dating event, or hang out in the bookstore hoping to find a bookish gal/guy, but in the ghost hunting world our options are a bit more limited by the issues of property ownership.

For the weekend ghost hunter who doesn’t have carte blanche like TAPS to go anywhere they wish, it can be daunting. Asking folks if you can investigate gets mixed reactions and anyone who doesn’t have a long-term reputation isn’t going to be even allowed over the threshold.

What a lot of new hunters don’t realize is that there is a great deal to see and document on your own without having to infringe upon anyone’s sensitivities. I’ve been known to stay in a haunted hotel and limit my research to setting up equipment in my room. Of course, like any good ghost hunter, I do keep the noise level to zero. There are still people sleeping here and don’t need to hear you thumping around and talking loudly. You ruin it for the rest of the hunters if you start wandering the hauls with your camera at 3 am talking to ghosts.

There are some loosely available places like battlefields and ghost towns that offer a chance to do some research without being bothered. Cemeteries, although not usually very active unless they’ve had recent visitors, are simply too risky to chance. Sure, they have great atmosphere, but if you’re caught you can be in trouble with the law and the chance of capturing anything (other than dust orbs) is so low it’s almost not worth trying. Not to mention the sound issues if you’re trying to do EVP outdoors!

I’m in Arizona, so I suggest anyone hunting here try the book “Sleeping With Ghosts” by Debe Branning. That one helped me a lot to identify famous haunted hotels and haunted rooms. She’s presently working on “Dining With Ghosts” about haunted restaurants (can’t wait!) If you live in other states, you might start with the “Weird US” series of books such as “Weird Missouri” and other states titles. They tell a lot of local legends of haunted sites that might not be commonly known. You might also want to try the newspapers and local history for any mass murders, battles, mining accidents, and TB clinics of the 20s and 30s. These sites can often have public access and might not have even been tried by other hunters who usually go for the big names and historic buildings.

You can’t go wrong with letting everyone you know in on the fact you hunt ghosts. Lots of referrals from private homes come from friends/relatives who know people who are having difficulties in their home. Having a personal referral makes people more comfortable coming to your home and studying the events when you both have someone in common (sort of like blind dating with a friend’s relative).

Historically, places that have experienced massive traumatic death such as earthquakes, floods, and tornadoes could also provide land that is conducive for a haunting. Sites that are built on granite, with streams, and quartz rock are all good indicators of potential hauntings of the land. As a person who reads objects, I can tell you the most haunted places I ever go to are antique shops. Each item screams to be read and each one has a different story. Sometimes we are too linear in our thinking about ghosts. Ghosts are echoes of the past and those echoes can be picked up by audio and visual means. How many times has TAPS gotten footsteps that were obviously residual? You fill a building with antiques and you just might have a cauldron for ghostly activity. Even a house filled with family heirlooms can be haunted.

It’s essential to be a lover and preserver of history to be a ghost hunter.

The ghosts are part and parcel of the events that occurred in any given space. If you enter a quaint town and do some antiquing in the shops along the old corridor, the buildings can be quite charming and quite historic. Know about the town’s history. Make small talk with the antique shop owner. Ask if their antique store ever has anything unexplainable happen. Most antique collectors have a very romantic notion about ghosts. Ghosts in a shop filled with old objects in what is usually an historic building is bound to have occurrences and they like to think of them as pets. You can offer your free services to do a study of the place and if they accept, always have them come along with you as you hunt. Some people don’t think that’s appropriate but it is entirely appropriate. You are a stranger off the street in their business wandering around. They not only need to be there for their peace of mind, but for yours too, as they could say you broke something when you weren’t even in that room. You both are strangers, so treat it thusly. Besides, having the owner nearby helps to hone in on hot spots, hear the stories, and have them get excited about using equipment and verifying ghosts. If you find anything promising, always send them the tapes or pictures with a thank you card that includes your web address. They might like to hear them or to even hang up photos to verify the place is haunted to their customers. It can beneficial to their business as well. If they liked how you handled the situation, they’ll recommend you to the rest of the businesses on that street.

Ultimately, if you keep an updated website and perhaps a blog that you can refer people to, they won’t feel as nervous about letting you in on their haunted secrets. Always, above all else, go in groups and be professional. Everyone is to remain calm, ask the right questions, remain quiet when filming and doing EVP, and be extremely gracious to anyone who gives you the opportunity to hunt where you don’t usually get to go.

And remember that ghosts don’t just happen in old jails and lighthouses. For every Eastern State Penitentiary, there are dozens of other places that have never been in the spotlight, have been brushed aside, or not revealed as haunted to be kept a secret. Not every haunted building wants to be a celebrity.

Just keep asking yourself, where do ghosts go?