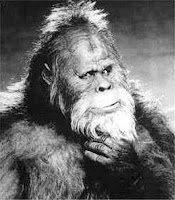 We all fell in love with you the moment we got up from our seats after viewing "Sixth Sense." We were intrigued by you when you came out with something original for the comic book freaks, "Unbreakable." We were in absolute terror during "Signs" when the brother was watching TV and saw the home video a family had taken of the alien just as it would have looked on CNN had it happened here and now to us. It didn't seem like the honeymoon would ever end.

But, then like that seven-year itch...we got restless. You brought us "The Village" and we wanted so much to be scared. We tried so hard. We waited for the monster only to find it was not a horror movie but a psychological thriller. We didn't ask for our money back, we walked away trying to defend you still. "But the scenery was lush, the colors poignant, the use of red..."

We waited hopefully for you to get back on the path. You were our Hitchcock of the new milenium. You had all the right abilities and talents, insight and creativity. You just needed to remember who you are.

Then, you got Alzheimers and presented us with "Lady in the Water," a fairy tale for your children. Still, I admit I left the theater defending you vehemently. "The characters were amazing. I'll see it again just to see them. He has the ensemble thing down great!" He just hasn't figured out that he's a horror movie maker yet!
Deflated, wounded, and feeling forgotten, I moped. It's like having your favorite metal band go pop. You sold out. You didn't even sell out for popularity. You apparently just tossed your hat in the air and how it landed decided what you'd do next. There was no rhyme or reason.

Years went by and the scars were turning from pink to white now and the memory of what could have been no longer haunted me. In fact, I found other horror movie makers to follow. I fell in love with "Dead Silence" and "Dawn of the Dead." There was hope, but still not the same. M. Knight was a classic, like a little black dress, always something you could count on. Well, in his heydey.

Friends tried to shake me back to life by presenting me with the new plot line for "The Happening." This, they swore, was going to be just like "Signs" (which by the way to me was one of the milepost I judge other movie plots and characters, themes and tension--although I still make excuses for the hokey alien that we had to see full-frontal at the end--I sort of blank that out so M. Knight can still be my hero).

So, I plodded on to the theater and bought my ticket, telling myself I didn't need the $9 anyways. I sat down, got lost in the trailers (don't you always forget what movie you came to see after watching those?) I knew it was rated "R," which gave me hope that it would actually be scary. Could M. Knight handle realistic gore? I still remember that awful animated alien... I bite my lip and shut up and listen very carefully and a tale unwinds. It isn't heavy on the messages, but it's beautiful to watch. M. Knight sure has the mind of a cinematographer. I nod now and then to my son. He nods back. Don't know if we're trying to convince ourselves, but when it's all said and done we think he's very good at giving "R." We don't know yet if he knows how to scare us anymore. I was more afraid of the people in the movie than the wind. Still, it's definitely a step above "Lady in the Water" and "The Village."

M. Knight, I propose that you redeem yourself. Make a movie no one dares to make. You like to deal with humanity and our weaknesses and our egocentric behavior, take on Bigfoot. Do a movie about the Sasquatch. Not one that's been done yet. Do one that asks the ultimate question of whether he is human or not? Does he have rights? Why do we fear him? Only you could handle a theme like that like a fine violinist. If you're knocking around ideas for the next flop, change your mind and do something like "Signs." Live up to your potential. You asked us "do you believe in signs?" Now, ask us, "does intelligence constitute being human?"

Redeem yourself. It's never to late to make us forget your flubs. Look at Britney Spears, most everyone is thinking about her new album and not her buzz cut.