What Do We Do With Orbs? 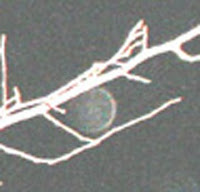 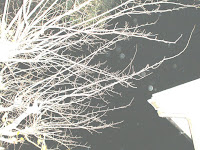 When I started out in early 2003 with my first digital camera aiming it at anything that stood still and hoping for proof of ghosts, I didnt realize what I was asking for. I live in the desert Southwest, so you can imagine that dust is a huge issue for me and moisture a rare one. I have yet to go to any Old West town such as Globe or Bisbee and not get tons of orbs in my shots. When I first started out, I kept them in cute-named files in PhotoShop and visited them often, wondering at their meaning.

Now, six years later, I promptly throw them out.

I did like most people and went online and read opinions and then solicited the advice of photographers and decided that, like any good ghost hunter, I had to learn to debunk. I took my camera outside in a duststorm, in sprinklers, near a tree shaking pollen, outside on a sunny day with the sunlight able to enter the lens, in a house where I used a feather duster seconds before to clear a shelf. Once I learned what these sorts of orbs looked like on my specific camera, I was able to easily throw out orb shots that were irrelevant.

All that being said, I've probably kept maybe 5 orb shots over the years that intrigued me. These ones (above) show a picture of a tree in my yard in the evening. I was actually hoping to get a picture of the leaves lit by the flash for a painting I was working on, but I got these orbs. I didn't think much of them, but as I was still in the experimental stage, I figured, why not zoom in? I zoomed in and found an orb that appears to be behind the limb. That intrigued me because the limb was perhaps 15-18 feet away from me, making the idea of pollen or dust near the lens impossible. But, being a die-hard skeptic, I still go back to that shot and the closeup periodically in search of an explanation for why it appears that the orb is behind the limb. In shots I've taken in the past where the orb appeared behind a fencing post or some other object and I zoomed in, I could see the other half of the orb very very faint in front of the object. In this case, I couldn't find a hint. But, then, perhaps it's the color of the limb or the quality of the zoom...

So, you see why I can't rely on orbs to tell me anything about the activity in a site. They are quite distracting. It's kind of like going to a beach. You can enjoy the beautiful people in swimsuits, but their presence doesn't tell you if the waves are good for surfing.