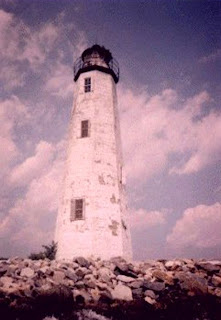 I'm going to have to do it. Just buckle down and ask the "Big Man" (aka Santa) for anything on my ghost hunting wish list. I'm pleased with my equipment, so I think I'll just focus on where I'd most like to get a hunt done...

My top 10 dream ghost hunts (in descending order from 10th most want to do to #1 most desperately want to do):

10. Gettysburg battlefield. I went there a few times as a child, but other than wanting to leave very quickly because I felt unsettled and didn't know why, I'd like to see it again with the keen eye of an investigator. If my theory that trauma can imprint itself is true, than imagine what a mass killing could do to the land.
9. Goldfield Hotel, Virginia City, Nevada. Not to give the bozo's on "Ghost Adventures" too much credit, but if there is even a tiny chance that brick throwing was for real, I want to be in a place where things might be poltergeist-like and active. I have a really strong ability to stir things up in such places.
8. Wat Promkunaram Buddhist temple. The site in Arizona where a young man entered the site and shot 9 monks dead. It's just a theory, but the combination of many people in spiritual prayer in a site along with sudden deaths to me makes a soup for an amazing hunt.
7. Amityville home. I know, it's a totally bogus story that "Amityville Horror" was based upon, but you can't dispute that a dude killed his family there. That has to leave residue.
6. Cheronbyl. That's mostly just for the intrigue of an abandoned city, but also with ghost hunting equipment, it would be interesting to see if anything about radiation leaves better "imprints" of events to be read.
5. The Fraser family home of descendents of Lord Lovat in Scotland. My mother's family is descended from them and I think that always adds an interesting enticement for things to happen. That, and I seriously want to see Scotland!
4. Sommerou, my father's family home in Norway. I know with all the lineage that's lived in there of the Thorvaldsen clan, it's got to have stories to tell, much of it rather tragic.
3. Bird Cage saloon. There's no excuse for me not to do this one--it's only a couple hours from my home. So, Santa, you can probably disregard this one--I'll get around to it some day.
2. Lighthouses. I'd take any lighthouse, honestly, but my most desired one is the Newpoint Lighthouse on the Chesapeake. I spent a lot of time as a kid climbing up and down the stairs and always felt like someone was climbing right alongside me. I think the combination of routine, water, and a circular building is an ideal "conduit."
1. My childhood home, Aspen Grove. I want to finally prove if ghosts do exist and there is no better place than the house that haunted me as a child. Besides being a hospital during the Civil War, my parents, sister, brother, and family friend promised to haunt it. If there's a guarantee I'll run into something amazing--it's there!