NEWPOINT-COMFORT: THE GHOST AND MRS. DAY 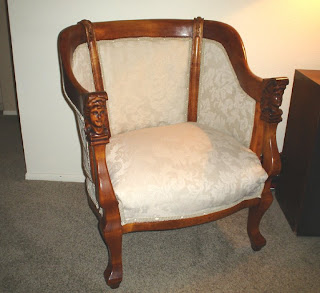 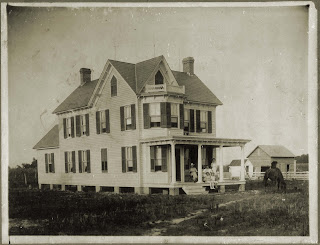 When I was growing up, we had a summer home. It was a neat crisp-looking clapboard Victorian on a very sleepy inlet of the Chesapeake Bay in Newpoint-Comfort, Virginia. Visiting there was the thrill of a lifetime. My parents would take us five kids down there in the springtime to plant the veggie garden in the big field beside the house. We’d go back up to the DC area and “bide our time” until school let out and we could go back. When we would arrive, we’d open the house to fresh air and us kids would scurry to our dock on the inlet called “Doctor’s Creek” and drop crab traps filled with chicken necks, excitedly waiting for a fat share of blue crabs. Father would wake us at 4 in the morning when it was still dark but it was low tide to row our rowboat out to an oyster bed in the middle of the water and dive for oysters and clams. We’d row out to the abandoned lighthouse and climb up it and pretend to warn off pirate ships. In the quiet moments, us kids would gather at our neighbor’s home; Captain Hudgins and his wife, Ida. They would make cake and homemade cranked ice cream and we’d sit out on the porch and enjoy it eagerly while the Captain told adventurous stories. We adored that older couple and thought of them as grandparents, as our grandparents had passed on before many of us were even born. One time, the captain gave me a huge starfish and I still to this day have it hanging in my home in the Southwest. Every time I see it, I’m reminded of blue crab with Old Bay Seasoning mix, vanilla ice cream and dense chocolate cake, raw clams and oysters, seagulls, lighthouses, sandy roadways, the salty/mildew smell of the books in the library room of the house, the polished yellow pine stair rail we’d slide down.

We sold the home during a financial burden in the early 70s. I was devastated by it and my summers were never the same, always anticipating going to The Bay.

Soon after, my mother one day was taking a nap in her bedroom while us kids were at school and she woke up and saw someone sitting in the old “sea captain’s chair” (it was a very old chair supposedly carved by a sea captain in the Chesapeake area with two women’s heads on the arms. It had sat in our summer home and we took it with us as a fond memory). She immediately recognized Captain Hudgins. She said, something was wrong; however, because he was wearing what looked like a white robe and he was about ½ his usual height, his head not even reaching the top of the chair back. She said he was sitting there, smiling at her. She recognized him quite easily, even though he was strangely dressed and diminutive. She had a sense he was saying good-bye.

Later, she told us what she’d seen and we rushed upstairs to inspect the chair. Perhaps it was a fuzzy dream. Then, the call came from his wife, Ida. The captain had passed on earlier that day.

I always thought my mom had a strange “witch-like” wisdom. I figured it was born of being from the hills of West Virginia and one of six daughters raised during the depression era and bound closely to the earth, but with her amazing encounter with The Captain, I realized that she’d given me much more than a glimpse at the other side. She had given me hope that we can be reassured by loved ones on their passing.

Something very similar happened to me on the night my father passed on and I felt as if he had given me one last visit to be certain I was okay before continuing his journey. That glimpse of him was enough to give me hope that encounters between their world and ours are possible.

I can thank The Captain for much more than just his tender fatherly care and patience with five wild and spastic visiting kids. He made everything a romantic adventure and even in his death, he managed to impart a romanticism that follows me through my ghost hunting career.

He took the ultimate sea voyage.

Here’s to you, Captain Hudgins, may you tend the lighthouse and keep us from the rocky outcroppings.