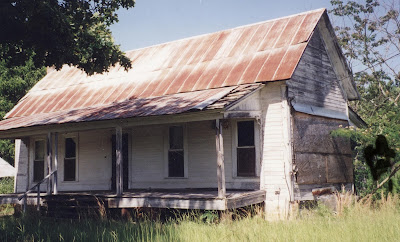 I had a relative who set ham and biscuits on a tree stump on the edge of her property facing the woods in Appalachia. I asked her if we were having a picnic. Her reply was, "No, I'm leaving that for the White Bear Man." I asked who he was, thinking perhaps some local Native. She replied, "Stands like a man, looks like a bear."   End of conversation for her.  Only the beginning of curiosity for me.

I've had a chance to work in quiet research under the radar from the "Circus of Bigfootery." It's in these think tanks made up of brilliant and expert minds, that I've come to gather my areas of interest in Bigfoot, develop them, and go on to work on a running guideline for those who live with Bigfoot to allow for preservation of their ways, their security, and their ingress (entering a place) and egress (exiting a place).

There is no reason why those in rural areas cannot share the land, have respect and coexist comfortably but trust is not an easy thing to win. Bigfoot would rather find new areas to hang out than to hang out in a place that is unsafe, questionable, unpredictable, or lacking resources.

I've only just begun the list of advice, but here is some of what I suggest.

Greetings
Use your name, show your open hands up in the air, turn around slowly. Do not act quickly, do not walk towards. Speak English. There is much that is picked up by them. Your intentions will come across, whether you are slippery and secretive or open and acceptable.


Filming/Audio of Bigfoot
Trying to find proof of Bigfoot should be the last thing on the mind of a person who has them on his land. Remember, you may own the title to your property, but titles mean nothing to Bigfoot.  They will scare away quickly if they see you trying to put one over on them. Filming and photographing is done best after establishing a good relationship and always be predictable where you set any devices. They need to have "safe" areas on the land or they will move on (more on this later in "Panic Rooms" sections)

Face to Face Encounters
If you do encounter a BF and they make eye contact, sit on the ground immediately. It will show a submissive point of view and also not show a threat. If I encountered a BF and he sat down, I would take that as a nonthreatening pose.  He is not going to give chase. He wants no squabble with me.

In regards to gifting (specifically feeding); we should not get them used to regular feeding. A property can be a refuge, but should not be a shelter. They are not animals.  They are not adopted. They are adults who are capable (quite adeptly) at caring for themselves. They still need to depend on other food sources. So, if you want to gift, do so in varied locations, times, and space it out so that it's an unpredictable food source.  Make it a treat that is not on a schedule or particular location.  Our greatest goal here is to let them be able to live the way they have, without harassment, with resources, and protection.
Panic Rooms
This is a concept I've developed based on practical observations. There should be places on the property they can retreat to where hairless humans never go; caves and other locations where they have safe harbor, know that no one disturbs them. It's critical for them to feel they can stay there in spaces that are only theirs.

Entertaining
Once a week at the same predictable time, play a drum, a musical instrument, music, or sing in a given spot. This becomes a reason to come to that location, knowing when and where it is occurring. It’s a safe way for them to have a limited interaction with the hairless human and to show that we are spiritual beings.

They Are Curious About Family
When there are children about, that does draw their attention and your interactions with them are reassuring of your character and your intent.

Their signs to you
It is common to test you with twig shapes, X's, arches, and other signs that they are there, like a heavy rock atop a tree stump. If you find skinned snakes, that is a very good sign. It's a sign that they are clearing the area for your safety. An habituator had been bit by a rattler, and they left him several rattlesnake skins with rattles still attached as a gift and a sign.  Another who walked the land often, found the skeletons with rattles attached left behind with no head.

No shooting
Property should never have shooting on it. If you want to target shoot, take it somewhere else, but keep it a gun-free zone. They do come to know the locations where no one shoots and the ones that seasonally have shooting. This is why more Bigfoot are reported in preserve lands.

Nighttime
Nighttime is free run for the Tall Ones. They are often out and about, getting things done when they know the hairless ones are indoors. Respect that time.

Toys/Gifts
Some folks turn the cheek when toys from the yard go missing or a paint bucket takes off, and others go so far as to plant a garden away from the home that can be utilized by the Bigfoot, even planting fruit and nut trees. It's one thing to make materials available and let them decide what and when to take it, another to give them a basket of fruit or lay out tools for them as gifts. It's not a good thing for any Bigfoot to start thinking of hairless ones as a source of free stuff because not all of us are good people and it will make the more brazen to get in too closely to perhaps the wrong farmer who has a shot gun. So, do not get them dependent upon you. Let them coexist. They travel back and forth across the land and may not make your property their main residence, but to know that it is a safe place to go through or maybe lay up for a while, is your role as co-existing with and allow Bigfoot free ingress and egress.

These guidelines that I'm starting to establish are going to need constant updating depending on what things I learn along the way and what habituators report about their co-residents. It should be commonsense. The Bigfoot calls the shots on who he trusts, who he tests, and who he avoids. And, I will say they are highly intuitive about it - their bullshit button is very sensitive.

We have been co-existing all along, but more and more people are aware of the Tall Ones and that is perhaps because they are finding it is nearing a time when they will have to accept that we know they're there and we even want (gulp) interaction. How we comport ourselves in such a monumental time says much of our genus of the homo category.