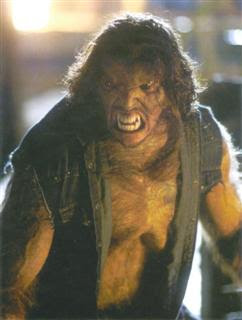 I’d like to thank Gummerfan for mentioning this spot as a potential site to study for my 50 places. I have to admit that upon cursory research, I can’t find much about the house’s construction and as the land is more haunted than the home, it would seem, it’s not an ideal location for the 50-place study, but I’m thrilled to learn more about this interesting site.

I first saw it on one of those conjecture documentaries. A family living in a beautiful cabin in NE Utah were being plagued by all manner of weird occurrences since they move there in the mid 90s. The reported occurrences ran the gamut and they had security cameras that even picked up much of the light phenomenon in the woods surrounding their place.

This land on the Uinta Basin area of Utah has an interesting geology. It’s made of non-marine sediment which is basically a lot of dried up “evaporate” minerals from arid lakes. The land is very rich with minerals and found to be an excellent place to mine them. Much of it is Native American land and filled with legend. It intrigues me the different legends depending upon the region and its characteristics. Apparently, the locals don’t like the land around there and it’s been long associated with skinwalkers. This in Native American cultures is a person who can take on any animal form he or she wishes, also known as “shape-shifters.”

The sort of phenomenon experienced in this ranch area has been everything from shooting balls of lights dancing through the woods (captured on the family’s cameras), poltergeist activity, voices, alien visitations, UFOs, cattle mutilations, skinwalkers, and even some sort of portal in which things can enter and exit--vanishing immediately.

As a person who enjoys researching the unexplained, my first thought was along the lines of geology and this is quite an interesting area with the mountain range nearby and the evaporate minerals in the soil. I don’t profess to be a geologist, but the land here is rather interesting. It has long been a homeland to many Native Americans so there is also a spiritual aspect to the land. These are people more tied to the seasons, the earth, the sky, and water than the rest of us. They can feel and sense subtle changes.

I like to look for commonalities, so when I realized the ranch was out in the middle of nowhere in Utah, I had to wonder what I wondered when Phoenix Lights occurred…Isn’t Nevada nearby? I looked to see a logical pathway for testing to be going on in the air out of the public’s viewing and looked to see if there was a straight shot between Nellis and Wright-Patterson. Nope. But, it was a thought.

Then, I moved on to other concerns. This is a very odd set of circumstances for one out of the way place to be experiencing. What intrigues me the most is that so many things can be occurring in such an unpopulated area. The seclusion alone makes it seem experimental, but then there’s that darned spiritual energy and interesting geology. Could a place be super active because it’s an intersection of leylines (pathways between ancient monuments where power lines run through the earth)?

I’d certainly like to find out if anyone has tried to do some dowsing around the area to see where this might all be centered. If the activity could be located to a specific area, more research could be done. There are lot of stories told by locals and researchers, but finding a way to tie together everything from UFOs to aliens to cattle mutilations to skinwalkers is an interesting puzzle. Maybe we should write to UFO Hunters and see what they think. I might just do that.

For now, I’m left puzzling over this interesting enigma. It seems so random and yet if you look at Sedona Arizona, you have a rich Native American history, an interesting geology (to say the least), arid land, and reports of UFOs and aliens. Areas like Peru that have the Nazca lines are also very arid and alkaline soils with spiritual people and water being the center of their lives. When you have three places that share this same interesting features, you have to wonder. Oh, and before and after earthquakes in Peru, UFOs were reported--connected to the shifting earth??? Hmm…

If anyone has some theories, I’d love to hear them.