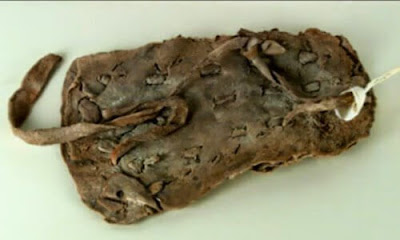 Caves are more than a hole in our earth that connects inner world to outer world. They are also places of harbor for strange creatures, ancient man, hidden treasures, amazing geological wonders, and possibly creepy monsters.

Let's take a look at what creepy finds can be seen in caves.

It's always exciting to find new critters to add to the list of earth's animals, birds, reptiles, and insects. Some found in caves are especially creepy. 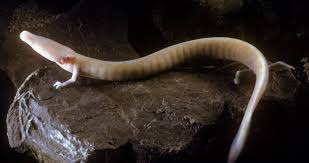 This creature is about a foot long, blind, and looks kind of like a snake. These swimmers have a heightened sense of smell that helps them get around. 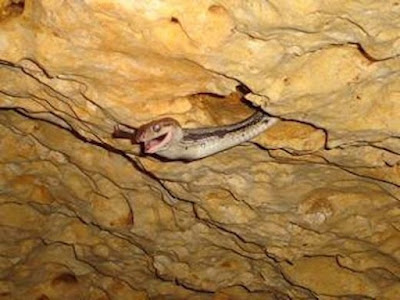 Cave-dwelling rat snakes hang from the ceiling and snatch up the bats for their supper.

It's not all about the critters in caves as cave finds from petroglyphs, ancient man's remains, prehistoric tools, and other remains of life on earth have been found.

In the Altai Mountains in Siberia, there is a cave called Denisova. Within, archaeologists found modern human remains, Neanderthal, and a man we didn't know about before the 2008 discover - Denisovans. Much was found from the DNA to find out that modern man has the DNA of both Neanderthal and Denisovans in them. 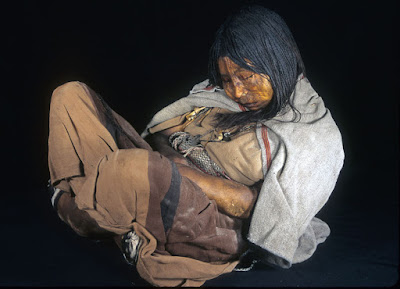 In the Andes Mountains of South America, a sacrificial girl remained frozen after being drugged. There she remained 500 years in flawless condition as if she simply fell asleep in that Argentinian cave.

Continually, we make amazing cave finds in the world. How about a giant crystal cave or the biggest cave ever found? 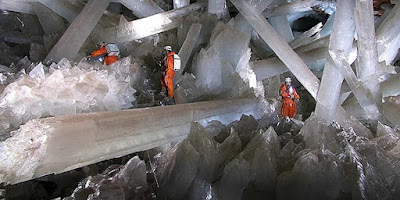 The Naica Crystal Cave in Mexico is hard to comprehend. It looks like something out of the original "Journey to the Center of the Earth" film.

It contains the largest natural crystals of selenite ever found.

The largest cave in the world, Son Doong Cave in Vietnam, was discovered in very recent times. It is over 100 meters high and when swimmers braved the waters inside, they found it communicated with another enormous cave. The dimensions are too hard to comprehend.

Red-haired giants from Lovelock Cave, Nevada and Khandahar, Afghanistan are hot topics among the para-geeks crowd and with good reason. It seems that native legends and military reports give credence to the idea that within cave/cavern systems throughout the world an ancient race of people, most over 8 feet tall, may still remain on the earth.

Then, there are the strange creatures occasionally filmed -

Caves are fascinating doorways into Mother Earth. How far do caverns crisscross under our feet and across the globe and what kind of beings inhabit them?

More on this subject is ongoing as we have some interesting evidence of caverns extending from Nevada to South America....