Do Reptoids Still Walk the Earth? 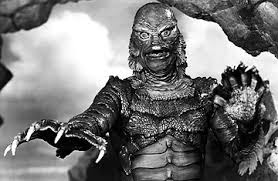 Reptoids, Reptilian, Lizard People - no matter what you prefer to call them, such a race of creatures have been spoken about for centuries.

Did they exist? Do they still exist?

Somewhat like the ancient giants conundrum, much is discussed in the arena of cryptozoology buffs. 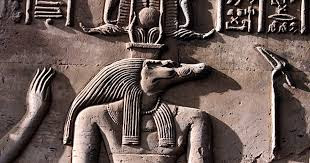 Meet Mr. Crocodile Man (above). The Egyptians called him Sobek and the Greeks called him Suchos. He had a head like a crocodile and a headdress of feathers. For the Egyptians he was associated with the Nile and fertility to the land (water being a precious commodity). 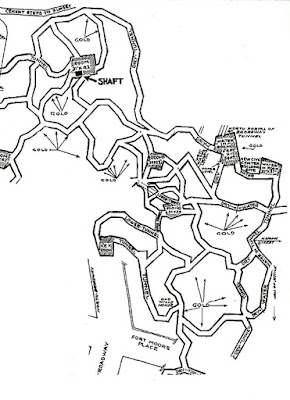 Under Los Angeles, California there is said to be an elaborate city built by reptilians. In 1933, a geophysicist and mining engineer named G. Warren Shufelt said he invented an x-ray machine and was able to pick up on these tunnels. This was said to run from Elysian Park to the Central Library. He said this race of lizard-like beings were related to the Mayans and had taken to the underground where they stored gold.

Some say that these reptilians come from Hollow Earth - a concept that there is another world beneath ours within the protective shell of the earth.

Upon occasion people have reported encountering these reptilians in caves in Missouri and Germany and other locations around the world. Reports detail small flying vehicles within the caves utilized by this advanced race and the ability to walk through walls.

Some bicyclists in a desert race in Tucson, Arizona had their own encounter with a lizard person. LINK

There have been some popular memes and speculation comparing some of today's influential figures and the possibility they are reptilians in "Edgar Suits" ("Men in Black" movie reference). These speculators say they are penetrating our society to affect change for the bad. Some potential lizard people have included pop stars, England's Monarchy, and Barack Obama.

And then there is a banker in his 50s decided to spend $75,000 to have implants, be castrated, and remove his ears, so he could become a reptilian.

I like the psychologist who said quite frankly, "I wish to be a giraffe. I can have surgery, resemble a giraffe, but I am never going to BE a giraffe." It's rather like playing pretend a dog on Halloween, but not realizing that one is playacting a fun role versus actually having had a life from genetics and actions since birth that defines his species. 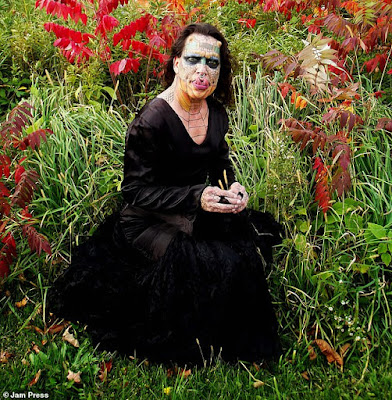 Do reptilians exist today? Did they ever exist?

Certainly the earth had great conditions for such a type of "man" to exist millions of years ago in a time when dinosaurs roamed the earth and warm tropical weather prevailed.

If I were to try to defend this concept, I would likely point out that man has adapted many times to many environments, such as Neanderthal with his large eyes and bulky hard-working frame being adapted to high elevations and northern cold climates, but not lasting the "thaw" out at the end of the Pleistocene.

Do I personally believe they are possible? I am humble enough to admit that I can't prove they don't exist. So, like Schrodinger's cat, until these fellows are observed, they both do and do not exist.

Much of my research method involves how to prove and disprove (both sides) of a possible unexplained entity. This keeps me honest in my research as I have nothing invested in the outcome and it makes me constantly have to be on my toes to defend or convict a concept.

Haven't had enough of the subject? Here's some great articles -

Here is a list of 10 supposed sightings of reptilians in modern days.

Were these ancient hands on a cave wall the hands of a human or a reptilian?