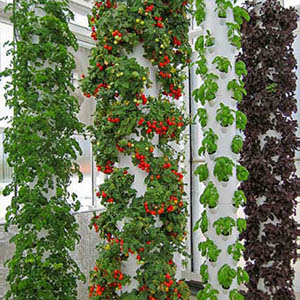 Trends come and go but one theme that has remained strong since the turn of the millennium is being independent of the "collective" resources, as any targeted glitch in the system or the power grid could leave us in desperate times.

Some folks have taken to prepping to be completely off-grid and self-reliant, but anyone can find ways to become less and less dependent on the mass resources and reliable on their own. 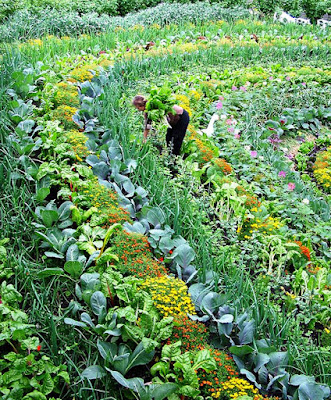 From learning to can foods and make pemmican (dehydrated meat and fat conglomerate for life-sustaining protein with a very long shelf life), to freeze-dried meals and growing your own foods, food self-reliance is high on most people's lists.

This is also totally do-able.

Some folks just do pots on the back porch or a raised bed, others plant a traditional garden, and quite a few decide on vertical gardening, hydroponics, and greenhouses for year-round feasting.

Over time, some gardeners decide to expand out into growing tea gardens and making curatives, bitters, and other health-related items. For someone who wants a bit of "insurance" in the backyard that doesn't need fussing and fretting, a moringa tree might be an ideal choice. The leaves, bark, and seeds from the pods are all edible, providing the wide array of amino acids to create a fantastic protein source, as well as - To date, studies show that Moringa oleifera may lead to modest reductions in blood sugar and cholesterol. It may also have antioxidant and anti-inflammatory effects and protect against arsenic toxicity. Moringa leaves are also highly nutritious and should be beneficial for people who are lacking in essential nutrients.

Eventually you may want to learn dehydrating and canning, creating compost, and more facets of growing.  Another option is to start doing the couponing route and be able to stock up on food and supplies for very little cost.

Water needs are very high on the list to survive and yet a vulnerable resource. I'm one of those people who thinks the government has no right to fluoridate our water supply. They are not medical professionals and they cannot account for our own diets and needs. I will do anything to filter that out or consider my own well.


If you aren't ready to collect rainwater or dig a well, do consider storing water in barrels - just in case and use a filtered pitcher instead of buying bottled water that is stored in plastic, travels long distances, often in a hot truck where the plastic chemicals can leach into the water.

Power is something many fret about, between the cost and its vulnerability to solar flares and EMPs, it's something we want to secure. Getting "off grid" is critical for energy independence, but it's not as hard as it used to be.

Solar has shown itself to be an amazing technique, as are huge house batteries that can be charged by them and other natural sources of energy renewal.

Obviously, the power companies were not sure what to do with this new capability for consumers to produce their own energy and even kick extra back into the power system. For me, living in Phoenix, solar is definitely a constant source of energy potential.

But, there are many obstacles to this, as the government wants to keep us from collecting rainwater and being able to have free power.

At one point, San Francisco considered tidal energy, a sort of mat that would lie on the bottom of the opening of the bay where constant water movement from tides would power the city. Interesting, now that is dead in the water (figuratively).

If you aren't ready for the big changeover, consider other options like CFL bulbs throughout the house, getting rid of cable TV (the cable box is a HUGE power suck, almost as much as the fridge).

There is a growing population of people considering where they can live most independently and upping and moving to those locations. They take into consideration things like minimalizing what they own, living in small or mobile tiny houses, even vans and RVs.

There are great advantages to needing less resources. When you can renew your power with solar on the roof of a small home, you have gained great independence and without needing to buy things to fill your space with, you save dollars that might be needed should things collapse.

Unless you are a mechanic with endless supply of parts, having transportation independence is a rough one to overcome. The best way to approach this is have lots of options.

First, you might consider a car or off-road vehicle. You might want a mobile command center like an RV. You could have a dune buggy or ATV that can be alternative for getting around.

If you're in town and you don't like being dependent on a car that works every day, consider a bicycle or moped as an alternate way to get around if there is a breakdown. Sometimes, old-fashioned leg power is what works when there is a serious emergency with lines at the gas stations.

Being independent from the "system" is always a good thing. To blindly depend on a bigger entity to provide key important resources to you is giving them both power and control. In small ways, you can make some changes to at least get a sense of self reliance that alleviates the stresses, even if that change is simply utilizing less resources - less power, less water, less utilities and living in a smaller space, less "stuff" to have to protect and drag from location to location.