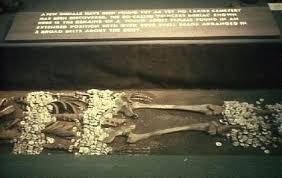 In the 1800s, an ancient community centered around a mound was discovered in Wisconsin, near Madison. Named "Aztalan," this area was believed to be active between 900 AD to 1300 AD.

Interestingly, the Spanish explorer, Cabeza de Vaca explored the Texas Coastline in 1528 and found a tribe referred to as the Karankawa. These natives had items made out of copper which intrigued the explorer. They said they traded with a tribe in the north for the copper. Given that the mounds in Wisconsin showed shells from the Gulf, one can make an assumption was types of things were traded.

The Aztalan Princess mummy above was adorned in seashells with great importance. Many mound remains were found with copper and shell adornments, as well as animal effigy pipes, jewelry, and copper spears. 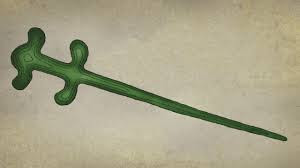 There were up to 20,000 effigy mounds in Wisconsin, but in the 1800s many were destroyed and looted. Wisconsin has the most animal effigies found in the US and most were adjacent to a rectangular ceremonial mound. 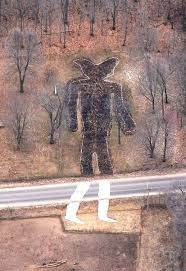 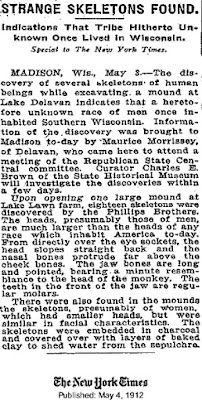 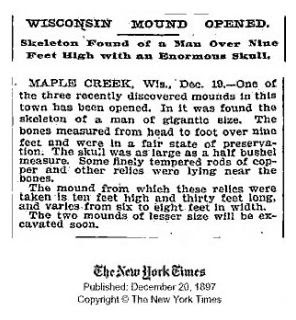 There was obviously a culture of rather advanced Native People who organized and mined, created mounds and effigy pipes, and practiced a culture that was not seen by the settlers when they arrived to America.

There are many inconsistencies in the finds in Wisconsin and the understanding of whatever people had developed the mining and the mounds, but much indicates an unusual people with an unusual advanced focus.

Although the mounds are referred to as Native American, the question becomes - which Native Americans? The Chippewa have a legend of the people from the North who mined in ancient times, a people who were not related to the Amerindians. So, who were they?

To visit Wisconsin mounds, check out THIS LINK.