Foo Fighters: (Wikipedia) The term foo fighter was used by Allied aircraft pilots in World War II to describe various UFOs or mysterious aerial phenomena seen in the skies over both the European and Pacific theaters of operations.

Though "foo fighter" initially described a type of UFO reported and named by the U.S. 415th Night Fighter Squadron, the term was also commonly used to mean any UFO sighting from that period. Formally reported from November 1944 onwards, witnesses often assumed that the foo fighters were secret weapons employed by the enemy.

The Robertson Panel explored possible explanations, for instance that they were electrostatic phenomena similar to St. Elmo's fire, electromagnetic phenomena, or simply reflections of light from ice crystals. 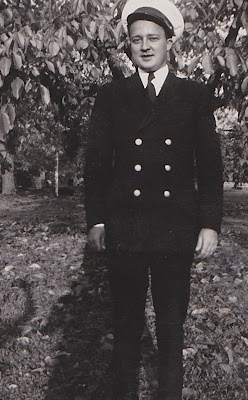 My father joined the navy in 1937. His first assignment for the ship he was on was to look for Amelia Earhart. He was Pacific Asiatic fleet (WWII and Korean Wars both).

When I was a child, he told there are strange lights at see, St. Elmo's fire, which he had seen, but there was something else out there...something no one had a name for.

While on the ship in the Pacific, checking out the area they were ordered to survey, the men on deck saw something they couldn't explain. This was before WWII and the coining of the term "foo fighter" and no one spoke of these sorts of lights. They had nothing to equate them with. It was pre-UFO craze and the Roswell incident and the men were very spooked.

At first they got excited, thought it was Amelia's plane lights, but they were coming up way too close to the ship. The ball-shaped lights came up on the port side, two of them, moving steadily with the ship and not that far off the sea's surface. They were on alert that a craft might be about to hit them when the lights raced off and up into the sky.

Lights don't go up into the sky. So what were the men seeing? My father said it had happened a few times throughout his WWII tour. He felt it was something curious coming close, checking them out and then finding them not so interesting. Still, each time new crew on deck or a new ship he was assigned to, the men wanted to shoot at something, but there was nothing to fight.

My dad was open-minded about it. He once told me that the world has magnificent mysteries and that made it a magnificent world. I guess you can see where I get my attitude from.

LINK:  The pilots of this Beaufighter squadron – in operation since September, 1943 – find these fiery balls the weirdest thing they have as yet encountered.

“A ‘foo fighter’ picked me up recently at 700 feet and chased me 20 miles down the Rhine Valley,” Meiers said. “I turned to starboard and two balls of fire turned with me. I turned to the port side and they turned with me. We were going 260 miles an hour and the balls were keeping right up with us.”

“On another occasion when a ‘Foo-Fighter’ picked us up, I dived at 360 miles an hour. It kept right off our wing tips for awhile and then zoomed into the sky.”

“When I first saw the things, I had the horrible thought that a German on the ground was ready to press a button and explode them. But they didn't explode or attack us. They just seem to follow us like will-o-the-wisps.” 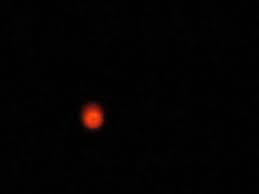 A friend and I had a strange encounter with what could be compared to foo fighters. They were red-orange ball lights that seemed to light from within, not cast a light, very plasma-like. They came on silently, danced around in the sky and just above the ground, chased each other at times, danced up and down, went near and far, fizzled out in less than a minute and came back again. We watched them for at least a half hour out in the middle of the desert. There was no sound. There were no planes. The sky was clear.