Found Mummies on Display in the West 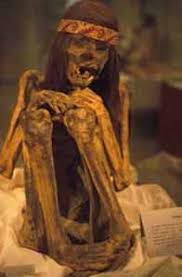 Mummies are intriguing states of being. They still seem so alive and yet they have been gone for decades, even centuries. I'm going to share the case of three "mummies" that were on displays in the west and viewed by curious onlookers. 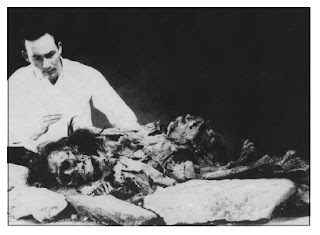 In the Cody/Yellowstone area above the Shoshone River, besides being picturesque, it can also hide amazing things right in plain site.

Such was the case with a cave with a 1200-year-old mummy come to be known as "Mummy Joe."
He had been wrapped in sheepskin and buried in the dry cave dirt.

An archaeologist, conservationist and historian named Bob Edgar was the one to uncover the mummy in a very arid cave that had been occupied for more than 8000 years.

Joe was on public display until 1990 when the repatriation act meant that the local natives were to take the remains and bury them.

They now believe the cave has layer upon layer of occupants evidence for 10,000 years! 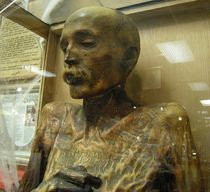 Meet Sylvester. This mummy was found in the desert outside of Gila Bend, Arizona in 1895. This desperado died at around the age of 45 with a hole in the chest where he was shot.

This body was on display in a curiosity shop in Seattle and even on display at the World's Fair there. But there is some controversy about his authenticity.

It was thought perhaps he had been drilled in the chest and paint applied for blood. 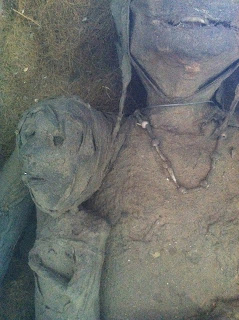 In Dragoon, Arizona along I-10 outside of Tucson on the way to New Mexico, a gift shop atop the hill near the gas station and Dairy Queen houses a mummy that for many decades has drawn folks to the shop due to a series of billboards along the southwest touting "The Thing."

Popular special effects creator, Homer Tate, was the actual artistry behind this mother and child mummy on display and able to be seen with other exhibits behind the gift shop for just $1.

Whether the mummies are real or fashioned, they still draw an audience in the arid western US where anything is possibly preserved.