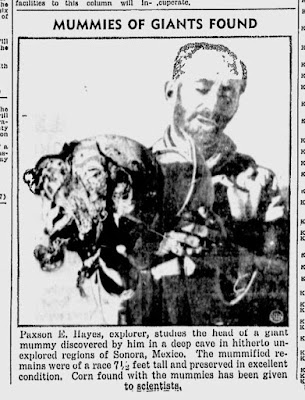 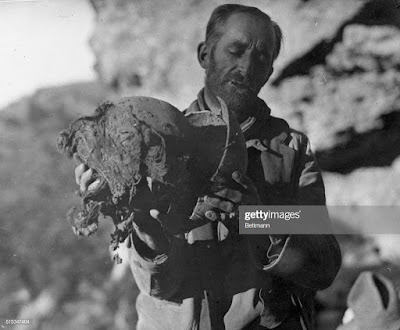 In the mid 1930s, a find in Northern Mexico didn't make it to our history books. Why?
Paxson Hayes, explorer is pictured with the head of one of the 7 ½ foot tall mummies he discovered while on an exploration into the wilds of the Yaqui Indian country of Sonora, Mexico (above).

Hayes told of discovering a cave 450 miles inland in Sonora, larger than the Carlsbad Caverns of New Mexico. The head of the mummy is protected by a huge gourd. 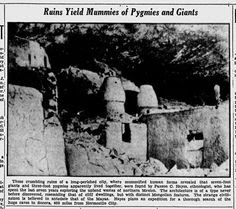 Explorer and ethnologist, Paxson Hayes, discovered cave pueblo ancient culture with Mongolian-looking beehive house structures. It was believed to be before Mayan culture. These Sonoran caves were 400 miles from Hermasillo. Stone tools found with them dated ranging from 94,000 to 13,000 years old.

Several mummies, 7'6" to 8' tall were found in this site. As well, 3-foot tall pygmies were found. (We often hear of giants and pygmies living or working together).

There had been tales of a lost city of blond giants.
Near Barranca de Cobre. When locals have legends, you need to listen. 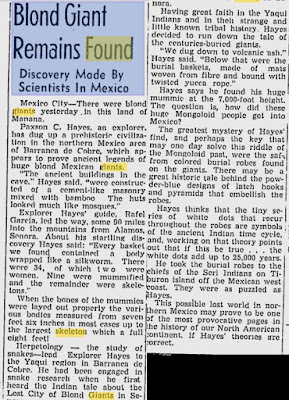 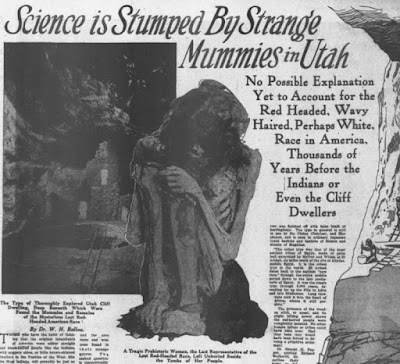 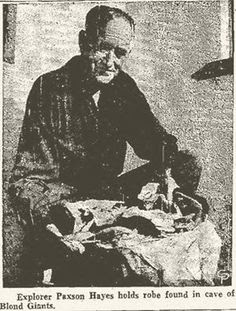 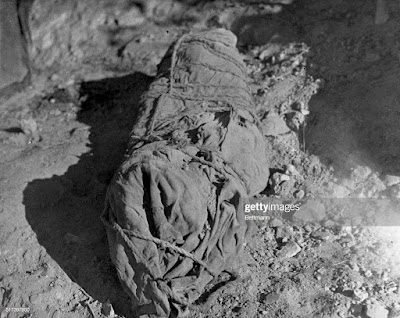 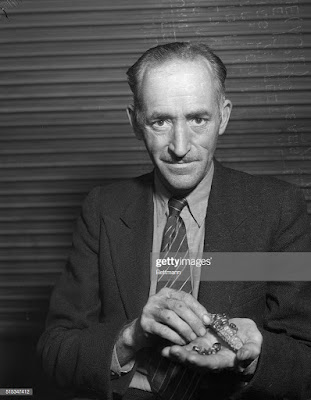 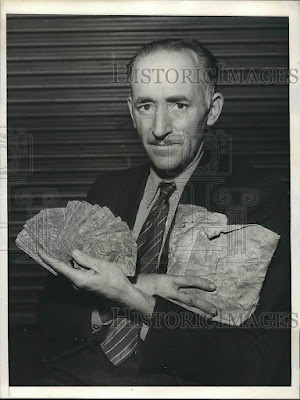