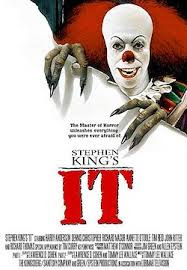 Ending a horror film can be a real challenge. There is one faction that believes anything should go, no one should be sacred in the slaughter. Another faction believes you should leave it open ended so the viewer can fill it in with their own imagination. Yet one more faction advocates tying it up neatly and showing the good guys win. So, with too many people to please and perhaps 75-120 minutes of time to tell a story, some horror films seem to cop out in the end....


Usually, if a viewer is engaged in a horror film, they expect to see a hero emerge, someone survive, or hope that this "thing" can be beat.

But, sometimes, it seems as if the filmmaker had no idea how to end the film, so they copped out and did something cheesy or they killed off everyone.

Jeepers Creepers - The hero dies in a campy way.
The Dead Room - Everyone dies.
The Chernobyl Diaries - Everyone dies but the one girl and she might as well have, no hope.
Night of the Living Dead - He survives only to die.
The Village - There was no monster, the town was a farce.
Race With the Devil - Just when they might escape, everyone dies.

Endings with a surprise twist
(I won't give these away)

Endings that were left open-ended

Halloween - The boogeyman took off into the night.
Carrie - Carrie was buried, but can she come back?
The Descent - Did she or did she not get away?
Gargoyles - The Gargoyle leader and his woman get away.
Silence of the Lambs - Hannibal gets away.
The Birds - The drive away, but the birds are still lurking.


Endings that tied it up

Disturbia - Kid becomes hero instead of criminal when he kills the killer and wins the girl.
The Fog - The ghosts of vanquished and the town is saved.
Tremors - The monster is killed and the survivors cheer.
Jaws - The shark is blown up and the heroes swim ashore.
Rear Window - The killer is caught and the hero and heroine live happily ever after.
Snowbeast - The monster is killed and the ski resort is saved.
Poltergeist - Carol Anne is rescued from purgatory and the family escapes.
The Craft - The bad girl is driven crazy and the bad magic ends.
Sleepy Hollow - The headless horseman is sent on his way to eternity.
The Legend of Hell House - The house is vanquished of its ghostly haunting.


It's a game of chance for filmmakers as to how a horror movie fan might want their film to end, but I will list some of my favorite endings ever -