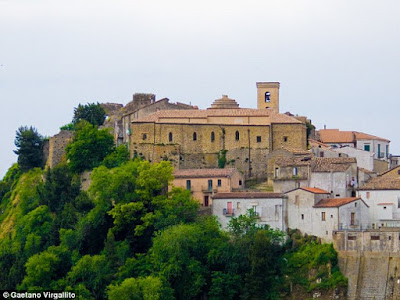 Can a town be cursed? Citizens can vow in certain areas around the globe that their town IS under a curse. Let's look at some supposedly cursed towns around the earth - 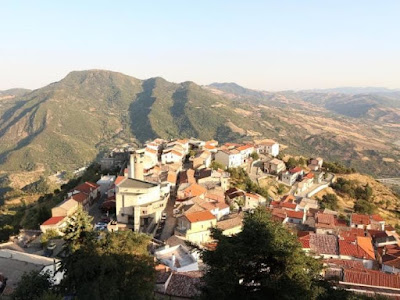 Colobraro, Italy is a mountainous village. The talk of a curse began when a lawyer in the early 20th Century proclaimed "If I am lying, may this chandelier drop." And then, it did! When people began to wonder what his powers were, talk of witches and wizards began to grow at an alarming rate.

After whispers grew of a dark witch among them, everything that went wrong, from bad birth outcomes to accidents and catastrophes were blamed on black magic.

The town embraced the curse concept over time and once a year people travel to the village to witness a play that involves witches, werewolves, and strange creatures. 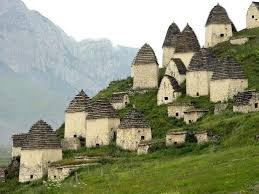 (LINK) This village is more popularly known as the “City of the Dead” and is regarded as among the most enigmatic locations in Russia. Hidden somewhere in the Caucasus Mountains in North Ossetia of southern Russia. Looking at the site from a distance, it may seem like a regular hill village with crude houses, but in reality, Dargavs is no ordinary village. It is actually an ancient necropolis built around the Middle Ages. People of the Ossetian or Alanian tribe erected these house-looking crypts to bury their family members in, and today, there are currently around 100 stone crypts in the area and some of them contain scattered bones.

Today, many of the residents residing on the mountains steer clear of the necropolis due to a local legend warning that those who would visit the tombs in Dargavs end up receiving a curse that supposedly drives them to an early grave. It also doesn’t help that the area is covered with fog most of the time, adding a spookier feel to the grave site. 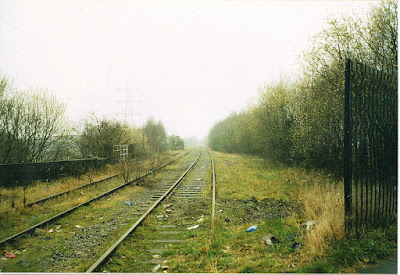 LINK: A local rumor, that has been frequently shared on the internet, alleges that the founders of Dudleytown were descended from Edmund Dudley, an English nobleman who was beheaded for treason during the reign of Henry VII. From that moment on, the Dudley family was placed under a curse, which followed them across the Atlantic to America. This curse is blamed for instances of crop failures and mental illness in the village.

Local historians, however, have found no genealogical link between the Dudley family of Cornwall and the English nobleman, and have noted many other factual inconsistencies in the rumors. The village's decline has instead been attributed to its distance from clean drinking water and soils not well suited for cultivation. One confirmed case of suicide of a village resident took place in New York state, rather than within Cornwall.

Since at least 1990's, police in Cornwall have responded to numerous cases of vandalism, getting lost or trespassing at night in Dudleytown. The 1999 movie, The Blair Witch Project, about a haunted forest, prompted increased interest in the allegedly haunted village, increasing the frequency of such incidents. The owners of the Dudleytown property have closed it to the public, and neighbors and town police keep a look out for trespassers. 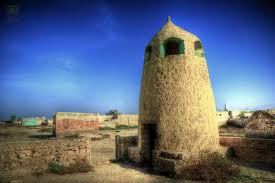 (LINK) Since the 1960s, Al Jazirah Al Hamra has gained a reputation as an exceedingly haunted village. Many UAE citizens believe that the village is overrun by djinns, a violent and corrupt type of fairy that haunts deserts and feeds on human flesh.

According to local horror filmmaker Faisal Hashmi, who decided to visit the village one night with some friends, the village instills a deep sense of dread. Its spectral inhabitants are also fond of leaving handprint impressions as warning signs to any living soul foolish enough to enter their territory.