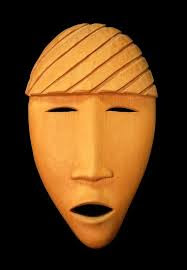 Are there relic tribes or even hybrid tribes in the vast reactions of unexplored territories? Evidence is mounting this is so.

This in from a respected field researcher - (deposition from a recent encounter a person had one on one with one of this tribe).

I hope to have more information on this deposition and ones of others who have encounters with this "tribe."

Interestingly, I've written about the apparent giants of Nahinni Valley, better known as the "Valley of Headless Men" in Northwestern Canada.

The local Dene Tribe named the region for "the people over there." The "people" being some remote mountain folks called Naha who were evil giants who attacked their villages and behead people. These giants were said to wield weapons never seen before (a theme the Paiutes also utilized in describing the Hav-Musuvs of Death Valley).

This valley is also known for other cryptids such as thunderbirds, strange lights and UFOs. Some say that the once thought extinct, Bear Dog, still rambles around the hillsides there. Perhaps the area is a strange portal or vortex, even a holding place for some Pleistocene creatures thought long gone.
Source: In North West Canada,‭ ‬and even some connecting parts of the United States there have been reports of a large wolf-like animal,‭ ‬but powerfully built similar to a bear,‭ ‬particularly the fore quarters where the legs are longer than the rear as well as a broad head much wider than a wolf and with a coat of long white fur.‭ ‬These features all correspond with the physical traits of the larger bear dogs‭ (‬although we can’t be certain about the colour‭) ‬as well as the description of a creature in Native American folklore called the Waheela.‭ ‬Back in the twentieth century the cryptozoologist Ivan T.‭ ‬Sanderson drew this very conclusion that stories of the Waheela may in fact be accounts of a relict population of bear-dogs‭ (‬although confusingly he additionally referred to Canis dirus,‭ ‬better known as the dire wolf for his theory,‭ ‬and this was a true wolf not a bear dog‭)‬.

The Waheela is a creature of legend yet one that many people have claimed to have seen even in modern times.‭ ‬Additionally there seems to be a concentration of reports of the Waheela that come from the Nahanni Valley,‭ ‬a place that is also known by the more grisly name of the‭ ‘‬Headless Valley‭’ ‬due to the discoveries of the bodies of people that were missing their heads.‭ ‬Stories from people who claim to have seen the Waheela are usually fairly consistent although it could be argued that the story of the Waheela is becoming more popular in the mainstream and that more people now know what to say,‭ ‬or are led to a specific conclusion because of this whereas otherwise they might not have said Waheela.‭ ‬The story and description of the Waheela is also similar to other creatures of legend called the Shunka Warakin and the Amarok,‭ ‬so it seems that these different stories may all be describing the same creatures.

Source: Another entrance is found in the Nahanni Valley but many of those that have dared to enter this area have been found decapitated, thus giving the region its name â€˜The Valley of the Headless Menâ€™. The Nahanni Valley in Canada is the land of the Ojibways, the Slave, Dogribs, Stoney, the Beavers and the Chipweyans. It covers 250 square miles in the southern end of the Mackenzie Mountains of Canada and lies almost 550 miles due west of Fort Simpson on the Mackenzie River of northwest Canada. Hot springs and sulfur geysers keep the
valley warmer than the surrounding areas by about 30 degrees year-round. This land of perpetual mist is viewed by the Indians as â €™tabooâ€™ and avoided.

Are people running into these "giants" even today? I hope to keep everyone posted on this one.