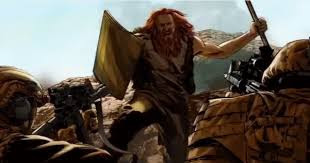 A story has been going around for a few years now about special forces coming up against a red-haired giant in a Kandahar cave and having to kill it, but not before it killed one of their own.


Sounds like a legend until I look at this way - 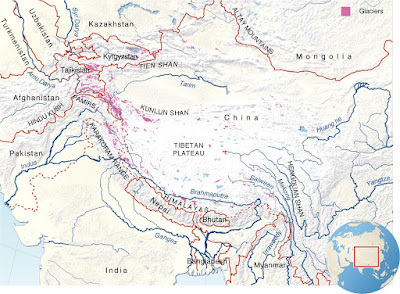 My theory the red-haired cannibalistic giants were actually Denisovans - is supported by the concept they did encounter one in Kandahar.

The mountain range there hooks around and links up with the Himalayas. The Himalayas are the high mountain range ideal habitat for a people who had genes for high elevations, climate adaptation and were built for powerful mountainous areas, carnivorous appetites (high elevation cold climate necessity). And, guess what? The Sherpa people have Denisovans DNA....

Should there still be remaining red-haired giants, some other areas of interest might be the Ural Mountains/Caucasus of Russia. They also meet the requirements for likely red-haired giants, as well as possibly the Italian alps, Great Dividing Range in Australia and even the Andes in South America.

America has its own legend of the red-haired giants told by the Paiute tribe of their ancestors' dealing with the roving tribe of cannibalistic giants and how they trapped them in a sage and brush-filled cave and burned them.

There is a basis for legends of red-haired giants and of findings in caves, such as mummies of giants. Is it impossible to imagine that some might still exist today? Well, how many Homo sapiens do you imagine are scrambling through the Himalayas on a daily basis? Even for all our development, some areas are inhospitable but possibly quite fine for high altitude, cold climate-adapted, archaic humans.

Oddly, if tales of a flood to rid the planet of the bad ones stands true, who would survive such an onslaught? Possibly the ones who lived in high altitude caves.