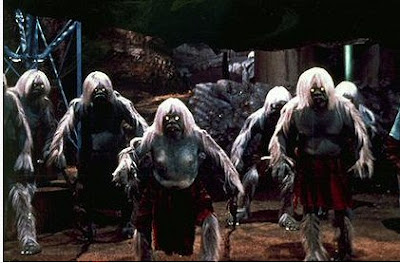 Putting aside the fictional world of Morlocks in the infamous "Time Machine," literary work, let's consider the potential civilizations that could be in this hypothetical (as of yet unproven) world called Hollow Earth. 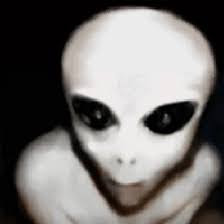 There has long been talk that the alien greys might have been a first civilization upon the earth, or perhaps one from our future. Others believe that submersible UFOs could be signalling us that there is an interior earth civilization. Some have postulated that alien greys have been hiding within the earth and exiting out of volcanoes. 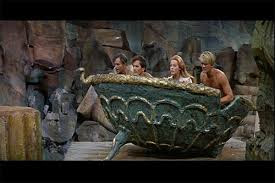 It would be interesting to note if closer into the earth's center, beings might be a bit smaller due to gravitational pull and pressure. Pale skin might be an indicator too that they gather their vitamin D from fluorescence. The large eyes in a darkened place would make sense as well. What would not make sense about alien greys being in hollow earth is that the create flying machines, it would take mining, metal work and other skilled labor that their bodies to not appear to accommodate. 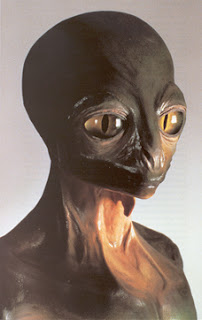 Because most reports of reptoid encounters involve caves, there has been some talk of them being the inhabitants of Hollow Earth.

Reptoids are reported beings that walk on two legs, are as tall or taller than we are, and have a scaly body and reptilian appearance.

Some cave sightings have reported them having machines to get around, weapons, and the ability to walk through walls.

Admittedly, if conditions were baking within the earth, then being reptilian would be a nice defense. Being able to see in the dark or be exceptionally strong and sturdy would benefit those conditions, as well. People seeing reptilians emerging from caves could even make sense. 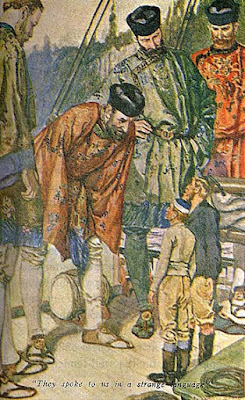 In Olaf Jansen's account of arriving at Hollow Earth, he described the beings as giants.  The giants concept has been supported by those who believe Mt. Shasta is an entryway and that the Lemurian culture resides within after having abandoned their continent that was destroyed long ago.

Would a giant people thrive within Hollow Earth? Well, if we look back in time to the giant beasts on earth, they were present in a temperate climate with an abundance of plant life and mammals. Hollow Earth would have to be an Eden beyond compare to support the evolutionary process of giant people.

Conclusion:  While I neither believe or disbelieve in the concept of Hollow Earth, I find it a very intriguing subject. Some subjects stick in your imagination since childhood and are hard to dismiss from your musings. Jules Verne's "Journey to the Center of the Earth" sparked my imagination when I was a wee tot and has continued to plague me with "what if?" scenarios.

What if the Earth had a hollow place in which an entire civilization lived without either of knowing each other's existence? Or perhaps with both of us keeping that knowledge from our citizens? And, could such a place be a fifth-dimensional plane?

So many delicious questions to contemplate -