Television was good and bad for ghost investigators. It was good because, those of us who investigated before the shows were on TV, felt we couldn't even mention our work because people would laugh. After the shows hit the cable channels, it seemed that ghost investigating was becoming "hip" and teams were popping up overnight everywhere. In fact, that was the down side of the popularization of para investigation. We got a lot of investigators flooding the field expecting everything to be a sign of ghosts.


There is nothing glamorous about poking around root cellars and sitting in spider webs in the dark talking to the surroundings for hours on end.

Something I Ate Puzzler 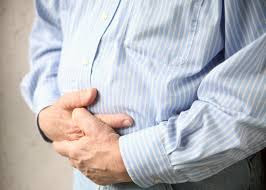 There is also nothing exciting about evidence review. You can spend an hour sharing the audio recorder captures with other members asking what they hear: "Sounds like 'Alan,' it's saying his name!"
"I hear `Get out!'"
"Nope, that' just my stomach. I ate a burrito before we left."

Thanks for not tagging it Alan!* (fictional name to keep the person with the growling belly out of public ridicule).

In investigating, I'm reminded of physicians. They have a saying "if you see hoofprints, think horses not zebras."

We had a doctor when I was working in the ER who dealt with a lady who came in with her kid. She said that her daughter's legs were going numb. The doctor did a thorough exam and then puzzled, asked her if it was all the time. Nope, only when she sat on the toilet.

The physician took the mother and the kid to the bathroom in the ER and asked her to sit down on the toilet (clothed) and her little legs were swinging, didn't touch the floor. It ended up she was constipated and sat on the toilet long periods of time to go. RX: Fiber supplement and prunes.

In the not-so-glamorous world of paranormal investigations, some lessons are learned by thinking horses, not zebras.

The Legend of the Mini Blinds 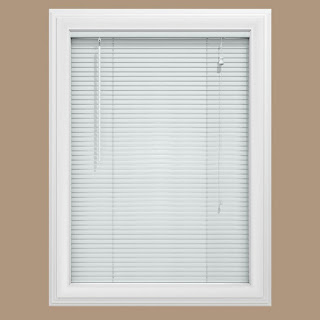 We were having a serious discussion about some odd things happening in the building when after I made a statement declaring the place not haunted, the mini blinds began to violently shake.

My companion, being an avid investigator said, "hurry, say something else negative like that."

I proclaimed, "this place is the last place a ghost would want to haunt!"

We are both getting excited. This was a most unusual finding. I needed to reinforce my conclusion by trying one more time.

"Only stinky moldy old ghosts would hang around here."

I remained puzzled. Just then, a howling wind went by outside, making air whistle through the partially opened window and shaking the blinds.

Yup, we were provoking the wind.

The Case of the Late Night Snack 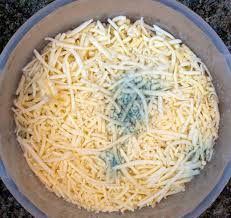 I settled down on the sofa, waiting for the man's roommate to take off for work. I started the questioning process and scratching down notes. I was pretty sure that the place had a couple of bachelors in it. From a Feng Shui sense, it was bad energy with tons of stacked boxes, clutter, and things breaking up the paths, not to mention they kept the blinds drawn to keep the heat out.

"We never had issues here until Jake moved in." He nodded to his friend who had just exited on his way to work. "It's really just an issue in his room. I watch ghost hunting shows. I figured you might want him out of here so he doesn't maybe cause some kind of telekinetic thing."

He went on to describe that Jake moved in a couple months ago and things were just fine, but Jake kept awakening during the night with burning in his chest. He also kept smelling death. I asked the man to describe what death smelled like.

"I-I don't know. He says it's rotten and stinky, but fleeting."

I entered the room to look it over only to be assaulted visually by unpacked boxes, dishes, fast food containers, and a bed that looked like it had gone through the agitator on the washing machine.

I turned on the light and poked around the blackened room, opening the blinds to help shed more light on it. On his bed stand, he had an open container of Chinese food and I had to wonder how he could tell any death smell with all the food left around.

I was pretty certain his burning chest had more to do with sleeping after eating.

"Where did he smell the odor?"

"Over here near the recliner. He won't sit in it, says I should throw the chair out - it's haunted."

I didn't feel anything particularly active about the room except it was disgusting. Then, the air-conditioner kicked on and the circulating air brought a rotted smelly sock scent to the forefront. I covered my nose. The air was circulating something smelly in the room. The vent was right above the recliner.

I pulled the lever on the chair and when it popped back I saw something stuffed into the seat and back space. It looked like a block, something dark green. When I reached in to retrieve it, my fingers met a hunk of molded cheese. I removed it from the seat and my eyes began to water, as did the man beside me.

Haunted by a piece of rotting Monterey Jack.

The Mystery of the Disembodied Voice

An acquaintance had me come to her home. She was pretty certain there was a dead man walking her hallway. She was in a very active part of town, so I figured maybe there was something to her complaints about a male voice.

"How long have you lived here?"

"We started renting last month. I asked the owner if someone had died here. He said an old man used to live here and he wasn't sure if he died here, but he was on hospice."

I walked the hallway and the floorboards made no sounds. I leaned back against the wall to wait and see if anything happened.

I called out to the woman to ask her a question and just when I did, I heard a man's voice. I held my breath, listening, but it stopped.

The woman didn't hear me in the kitchen, so I was alone in the hallway. I figured my voice might have started something, so I called out, "is this your home?"

"Do you mind me being here?"

My heart beat fast. I had never had a back and forth interaction that was disembodied and so interactive!

"Do you miss your family?" I dared to ask.

"Isn't my mom in the living room with you?" The man called out as a door swung open and a teenager looked at me and then toward the living room. "Mom? There's a lady in the hallway." He slammed the door closed again.

My eyes went up the doorway to the open transom above. After questioning the woman, her son left the transom open all the time and often talked on his cell phone at night.

Case of the talkative teen - closed!

The Phantom of the KII Meter 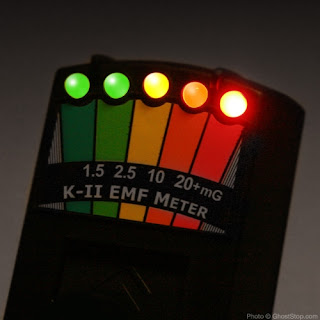 We were staying in a haunted motel, so we decided to do a little KII session and see if we could get a conversation going by having an entity move toward the device, and set the electromagnetic field into action, making it light up.

We did the usual task of going around the room, seeing if there were any spikes and what the baseline reading was. It had no reading on the meter at all.

Satisfied the room was "clean," we sat down with the meter between us and began to ask questions. To our amazement, the meter went up, all the lights lighting in response.

We continued a good five-minute back and forth, having it light up in response and sometimes not light up, as if the answer was "no."

We looked at each other in amazement.

Then, it seemed as if the interaction completely died. We couldn't get anymore responses. We figured the session was over.

Then, as we sat back to sip some water, the meter went off. My eyes raised to the wall. The air-conditioner had just turned on. The meter lights danced, then stopped a few, started up again, and kept doing it until the unit went off and the room's ideal temperature was reached.

We waited and when the air-conditioner came back on, the meter danced back and forth while it was running.

Apparently ghosts only talked to us when there is an electrical stress in the room. 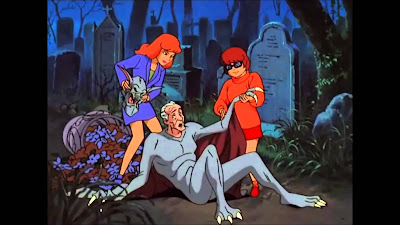 And so it goes, the cases that are explainable. Sometimes, it really is like the Scooby Doo show and we can pull the mask off the culprit. The thing that keeps us going is when - it wasn't a guy in a sheet, but truly unexplained!