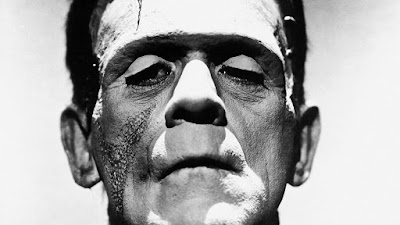 Some of the most amazing transplants imagined have been occurring to help people who have lost fingers, hands, and even a face! 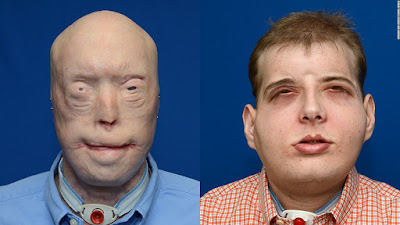 This heroic firefighter (above) was given a new lease on life by a facial transplant. It is nothing short of miraculous! 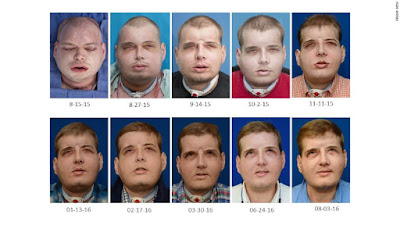 His courage and bravery were rewarded with the best medicine has to offer today, allowing him a full life. (LINK)

We can all agree that this kind of science is beneficial beyond belief.

But what about the line in the sand that divides saving lives with risking medical ethics? Such is the case with a surgeon wishing to do a head transplant for a man who is severely disabled. Is this hope or madness? 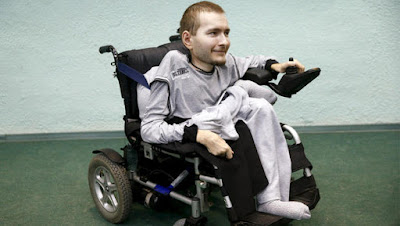 This Russian man has volunteered for a head transplant attempt by a surgeon. He suffers from a disease that breaks down muscle and nerves. The likely outcome of the transplant is death, but to the Russian man trapped in this withering body, it seems any hope is better than none.

The proposed surgery will likely happen in China or a country more accepting of an extreme experimental procedure. It also brings up many ethical issues, such as what if he decides to start a family? Genetically, his offspring would be the donated body's offspring. Experts give it very little chance of working, almost none at all. The surgeon undertaking it puts it at 80%. (I'm sure Frankenstein would have thought same too).

Technically, if the man is aware of the dangers of death and the permanence of what is he undertaking, the potential for chronic pain if he survives, or inability to move the new body, and he still wants to take it, he should be allowed that option. If no one is sugar coating his odds, it's his decision.

The same goes for people with cancer who aren't allowed alternative options. Many people forgo chemo because it is such a horrendous option, that they are left with nothing, as countries such as America basically won't allow other methods and citizens must leave the country to seek them out.

Both sides of this argument are valid. There is a movie from the 1980s that really personified this issue.

And then there was Johann Dippel - 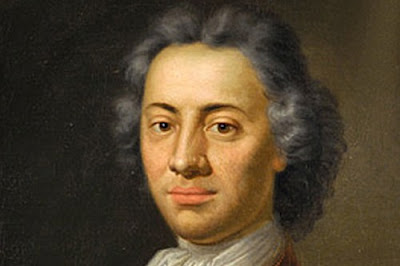 (LINK) This was the actual guy who inspired the Frankenstein legend. He lived in the Frankenstein castle, and signed his name as Frankenstein. Surprisingly, he was less like the good doctor than most people think, since he was more interested in preserving life than reanimating it. He did rob graves in the area — or is said to have — but only because he wanted to mix up an elixir of immortality, and for some reason he thought buried corpse parts might do it for him.

Some Russian Cold War Era experiments unnerve, most especially this one -


I look at it this way, we were given all the right stuff to work with here on earth including our intelligence and basic mastery over nature. The only time that concept rears its ugly head is when we have a disaster of nature, such as cancer. It behooves us to help the body do what it does naturally, kill off cancer cells. We all contain cancer cells at one time or another, but in optimal conditions, we have an immune system that rids them of taking hold. So, immunotherapy, assisting the body to identify and kill the cells itself, is a way of taking what nature gave us and allowing it to work optimally. The process of sending in chemotherapeutic drugs to kill off any cells it encounters, is a desperate way of trying to attack a problem without solving it.

In the case of the man with the body-withering disease, the research spent on eliminating that gene from lineages or perhaps even utilizing stem cells for self repair are a much more prudent study than taking heads and attaching them to other bodies.

In the future, it is hoped that we can grow our own organs with our own stem cells, treat cancer with immunotherapy, as well as autoimmune diseases. But until then, Frankenstein-esque procedures remain an option for the desperate with the clock ticking and no time to consider ethical outcomes.

And then, there are serial killers who have a touch of Frankenstein fever.... 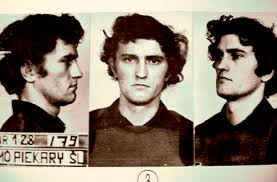 Joachim Knychała was a Polish serial killer known as a vampire or Frankenstein. Between 1975 and 1982, he killed five women. He was caught and hung for his crimes. He was known for butchering and desecrating the bodies of the women he murdered. 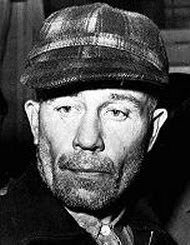 This serial killer from Wisconsin in the 1950s was not only a murderer, but a body snatcher. He dug up newly buried bodies to get the trinkets they were buried with, but also their bones and skin.  He made a waste basket out of skin and skulls on his bedposts.

(LINK) A Waushara County Sheriff's deputy discovered Worden's decapitated body in a shed on Gein's property, hung upside down by ropes at her wrists, with a crossbar at her ankles. The torso was "dressed out like a deer". She had been shot with a .22-caliber rifle, and the mutilations were made after her death.

Similar fictional movies such as "Silence of the Lambs" and "The Texas Chainsaw Massacre" embodied these characteristics of Gein.

The last thing to ask is - has a Frankenstein experiment ever been attempted?

Then, there is artificial Frankenstein measures, aka artificial intelligence....

The concept of putting one's consciousness into a computer would appear to provide immortality. Still, there are some issues with such a process. For one, taking a mind that is used to experiencing life through five senses and giving it all memories henceforth to be without pleasure, satisfaction, feeding, sleep cycling, and more, could technically drive one insane. There are a lot of things to consider before exploring human consciousness and its fragility or immortality.

LINK A start-up company thinks they want to crack that nut - "When the technology is fully developed we'll implant the brain into an artificial body," Bocanegra explained to Popular Science. "The artificial body functions will be controlled with your thoughts by measuring brain waves. As the brain ages we'll use nanotechnology to repair and improve cells. Cloning technology is going to help with this too."

What would constitute a Frankenstein's monster scenario? Perhaps the use of the deceased to make a patchwork. Yes, we use an organ transplant or other, but to take a dead person, cobble them together with other parts and then breathe life back into them? That may thankfully remain a horrifying fiction instead of an actual science.

**Tomorrow's post is "The Creepiest, Most Fascinating and Hilarious Deep Sea Creatures"**