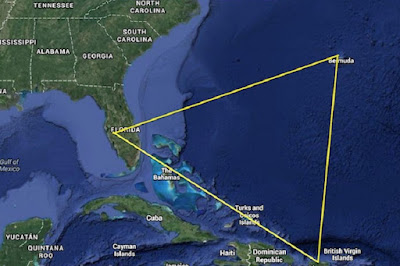 There are places throughout the world where people go missing. That's part of life on this planet. But, upon occasion there are regions where people go missing more than usual and other odd activities are reported from fog, compass confusion, Bigfoot and UFO sightings, and Native legends of the unexplained. Let's look at some of the more well-known triangles of missing people and unexplained oddities - 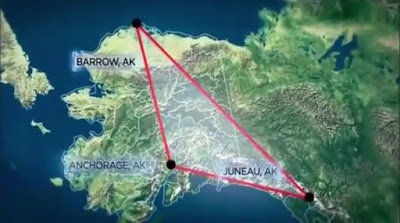 Alaska is not thought of as a particularly populated state (three-quarters of a million people!) and yet tens of thousands of people have gone missing within a certain region referred to by locals as the "Alaskan Triangle." And, it's not just people going missing, but planes also.


(LINK) In discussing his new History Channel program Missing in Alaska, Gerhard marveled that an astounding 53,000 people have gone missing in the state since 1988. The troubling average of 500 to a few thousand people disappearing each year is made all the more remarkable by the fact that Alaska only has a population of around 600,000. "That's about four in every thousand people that go missing without a trace," Gerhard observed.


(LINK) The area has long been associated with evil spirits in the lore of the native Tlingit people of the region, with one notorious entity being Kushtaka, a shape shifting demon that is said to look like a cross between man and otter, and is said to lure hapless people to their doom, in particular those who are lost. 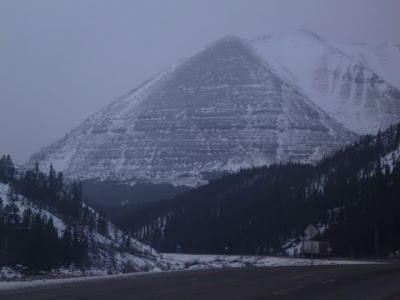 There are plenty of natural reasons people and planes might go missing in Alaska, as the climate is quite inhospitable much of the year, as well as having some very predatory animals, rough conditions, and lack of communication in the remote wilderness. But, one has to wonder about how, in a state with not even a million people, tens of thousands can go missing. There are probably only that amount who even venture into that remote region. The ratio of people going into this "triangle" and not coming out must be exceptionally high. 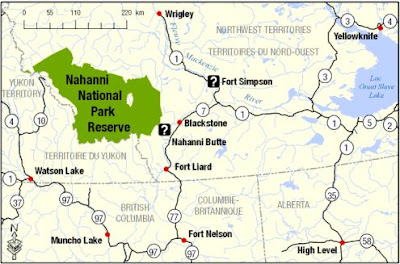 Nahanni National Park is a remote and gorgeous region of Western Canada, but also carries lots of Native legends and incidents of murder. Much of the land has been untouched by humans due to the extreme weather and hard to reach location.

The region is also referred to by many locals as "The Valley of the Headless Corpses" or "Dead Men's Valley."

The native Dene First Nation People for centuries have referred to it as "the people over there" region. They call the people over there the "Naha." They were said to raid lowland villages and then at some point "went missing." This reminds one a great deal of the stories of the giant race of ancient times that tormented and cannibalized native tribes around the world and spoken of in their legends.

(LINK) This tribe was said to consist of fierce warriors who wore masks and armor adorned with frightening imagery and were known to brutally decapitate their victims. Warriors of the Naha tribe were said to be larger than normal men and to wield strange and powerful weapons that no one had ever seen before. The fearsome Naha tribe itself has become one of the area’s many mysteries, as the whole tribe is said to have suddenly and inexplicably disappeared from the face of the earth, and it has never been ascertained just what happened to them. They have seemingly just vanished without a trace. 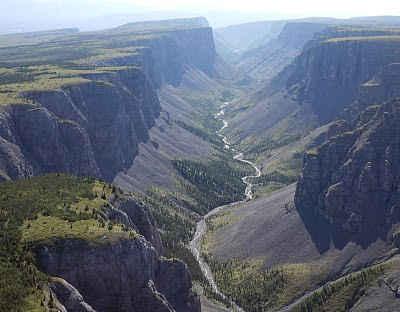 In the 18th Century, fur trappers came to the territory, seeing unlimited potential to make money. As well, the Klondike gold rush brought more to the region, pushing into the untapped natural setting. Two brothers in 1908 were prospecting there when they were not heard from again. Later, the two men were found, decapitated and the heads were nowhere to be found.

Then, in 1917 a prospector's body was found with his body burned with the cabin around him, but his head was not there.

Another body soon after was found flash frozen not far from a fire with matches in his hands.

At least 40-something people have gone missing or found killed in that remote area with odd circumstances.

(LINK) The area is also known for its cryptids, as it is a hotspot for Bigfoot activity and is believed by some to hold a remnant population of a type of bear-like carnivore called the bear dog, or Amphicyonidae, which was thought to have gone extinct in the Pleistocene epoch. In addition to this strangeness, a bizarre find was made in an ice cave called Grotte Valerie, where the ancient skeletons of over 100 sheep were found, apparently having starved to death in around 2,500 BC. The grim find has earned the cave the nickname of “The Gallery of Lost Sheep.” 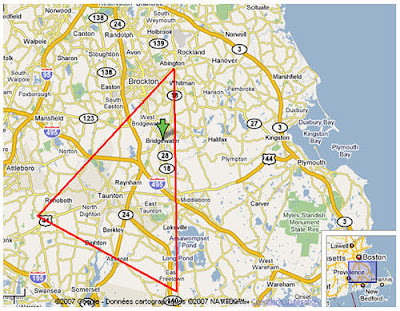 About 30 miles south of Boston, there is a 200 square mile region referred to by locals as the "Bridgewater Triangle."

If you go back into local Native legend, you find that this area, much of it a swampland, was a reported burial ground for ancients. The Wampanoag tribe called it the place where spirits dwell. In the area, some ancient script of unknown origin can be found upon the rocks, creating much speculation about Phoenicians, Vikings, or possibly ancient giants having lived upon the land. 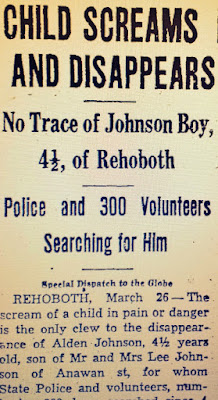 This region is well known for UFO sightings frequently. Bigfoot reports are also frequent there. And, to top it off, sightings of "thunderbirds" (gigantic birds of unknown ancient origin resembling pterodactyls). Some of the roadways are said to be haunted, spirit apparitions being seen frequently. They even have a classic hitchhiking ghost legend.

Many people, mostly children, had gone missing in this most inhospitable area. It has been considered cursed or haunted by the Native People as well as the citizens who live around it. 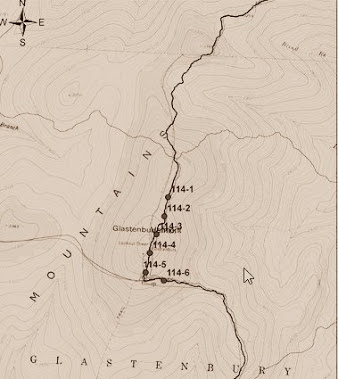 Some missing person cases are so unexplained that they draw some attention from those who study patterns in crimes. The fact that a certain area in Southwestern Vermont has had missing people cases of unusual note in one region for almost 100 years has not gone unnoticed. In fact, the region is referred to as the "Bennington Triangle."

Did these people fall into streams, get abducted by killers, or fall from a rock outcropping? No one has ever answered that mystery, so it remains and open cold case of a series of missing persons all in one particular wilderness area.

LINK:  If missing persons in parks is of interest to you, I HIGHLY RECOMMEND a series of books called Missing 411 by David Paulides, who extensively and painstakingly researched missing persons cases in state and national parks and made some startling findings.