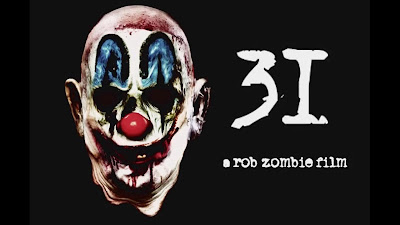 Most of us have to admit that horror movies have been hit or miss in recent years. We try so hard to want them to do well; Paranormal Activity, The Conjuring, and others, but we hitting the horror-lovers' sweet spot is not an easy task.


There is a broad spectrum of horror aficionados. On one hand you have the Gothic romantics who enjoy "The Boy," "The Awakening," and "The Woman in Black." Then, you have your hardcore no-holds-barred gut munchers who enjoyed "The Devil's Rejects," "Saw" series, and "House of 1000 Corpses." There are lots of in betweens, who appreciate the old monsters remade or thriller horror like "Disturbia."

A few new directors have caught our attention like James Wan and Michael Dougherty. I think we all await someone who gets the very simple desire to have Halloween in the autumn. Very few horror movies take place on that magical night. The movie "Halloween" owes some of is success for the mere name of the film - and that every Halloween one feels compelled to watch a movie about Halloween!

Like most autumns lately, it's either remakes and rehashes of old themes or a Rob Zombie film.

A boy with a mom who has a terminal illness, asks for help from a tree monster.

A man finds a video made by his sister of her experiences in the scary woods. He and his friends decide to go find her.

In the 1960s, a mother and her daughters run a seance scam and decide to add a Ouija board to their routine. And then the youngest daughter is taken by the other side....

A woman finds out she's been cursed to die in seven days.

It's the mid 1970s and some carnival workers are kidnapped on Halloween and held captive in an industrial setting where they must survive some gruesome challenges.

They thought they could do an easy robbery at a blind man's house. They were wrong -