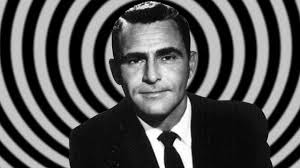 Celebrities come and go over time, but some leave us early. Many by suicide or drug use, but others by tragic accidents and that leaves fans with a lingering sense of them "haunting" the world. Let's look at how this list of celebs and early deaths stacks up -

* Movie descriptions thanks to my favorite movie site IMDB *

Movies based on these celebs -
James Dean (2001) A biopic about the actor James Dean, whose stardom of the ultimate teenage rebel as well as the premature death made him a legend. His roles are depicted having much in common with his personal life, most notably the difficult relationship with his father.

Grace of Monaco (2014) The story of former Hollywood star Grace Kelly's crisis of marriage and identity, during a political dispute between Monaco's Prince Rainier III and France's Charles De Gaulle, and a looming French invasion of Monaco in the early 1960s.
The Jayne Mansfield Story (1980) The gaudy rise and dizzy fall of the last great Hollywood blonde bombshell: Jayne Mansfield.

Movies about these celebs -

Parkland (2013)  A recounting of the chaotic events that occurred at Dallas' Parkland Hospital on the day U.S. President John F. Kennedy was assassinated.

La Bamba (1987) Biographical story of the rise from nowhere of early rock and roll singer Ritchie Valens who died at age 17 in a plane crash with Buddy Holly and the Big Bopper.

Otis Redding: Soul Ambassador (2013) First ever TV documentary about the legendary soul singer Otis Redding, following him from childhood and marriage to the Memphis studios and segregated Southern clubs where he honed his unique stage act and voice. Through unseen home movies, the film reveals how Otis's 1967 tour of Britain dramatically changed his life and music. After bringing soul to Europe, he returned to conquer America, first with the 'love crowd' at the Monterey Festival and then with Dock of the Bay, which topped the charts only after his death at just 26. Includes rare and unseen performances, intimate interviews with Otis's wife and daughter and with original band members Steve Cropper and Booker T Jones. Also featured are British fans whose lives were changed by seeing him, among them Rod Stewart, Tom Jones and Bryan Ferry.

Sweet Dreams (1985) Jessica Lange stunningly portrays Patsy Cline, the velvet-voiced country music singer who died in a tragic plane crash at the height of her fame.

Movies about these celebs -

Chapter 27 A film about Mark David Chapman in the days leading up to the infamous murder of Beatle John Lennon.

Sexual Healing The film focuses on the later years of Marvin Gaye as he lived in Europe, putting his past drug abuse behind him and wrote his hit song Sexual Healing, along with promoter Freddy Cousaert.

Selena (1997) The true story of Selena Quintanilla-Perez, a Texas-born Tejano singer who rose from cult status to performing at the Astrodome, as well as having chart topping albums on the Latin music charts.

Auto Focus (2002) A story about "Hogan's Heroes" star Bob Crane and his friendship with John Carpenter.