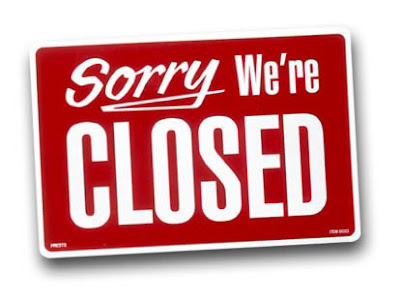 Some locations that once boomed with great industry to support mining and energy industries soon became closed indefinitely due to pollution, whether contaminated ground water, asbestos, mercury or radiation, as well as ongoing fights with mother nature and the natural disasters associated with the location. Let's take a look at the top 10 towns closed indefinitely  - 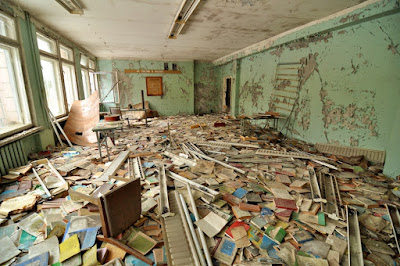 With a population over 49,000, Pripyat was home to a lot of familes, but on April 27, 1986, the afternoon it was evacuated following the Chernobyl Nuclear Plant disaster, it was down to zero occupants - indefinitely. Items were left behind due to contamination risks and families were shuttled out as fast as possible. Although the town remains empty, it has tourist visitors in protective gear who are curious to poke around the remains of a town where the people left mid action, sort of like the movies "Andromeda Strain" or "Omega Man." 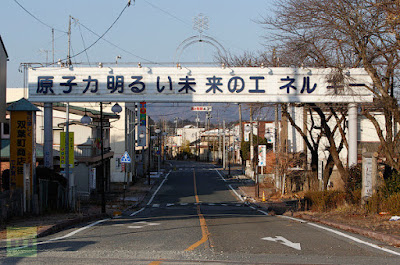 The Fukushima Daiichi nuclear disaster in 2011 is one of those situations that makes people angry. Putting a nuclear plant in an area known to have violent earthquakes is beyond irresponsible. Much of the actual threat has been glossed over and taken out of the news altogether as if we are supposed to forget the radiation spreading through the ocean and the very real threat to the people of their country to the radiation leaks. What is left was abandoned, but not before loss of life. The disaster began its cascading effect following the tsunami after a very powerful earthquake. Over a quarter million people were evacuated. In the divinely ironic manner that life unfolds, the word "Fukushima" means "Good-Fortune Island." 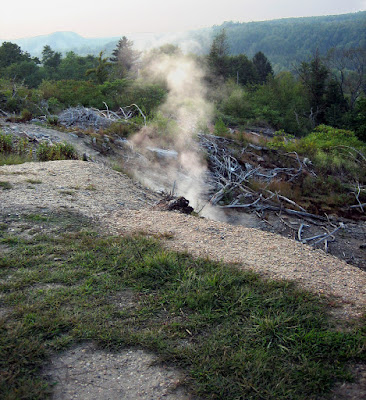 A coal mine fire has been burning beneath Centralia, Pennsylvania since 1962! It may continue for many decades. Sinkholes and carbon monoxide made the town too deadly to remain in and residents fled. The movie "Silent Hill" used the town as an inspiration for the movie's location. 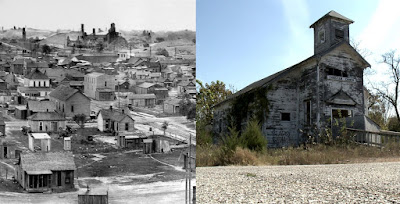 Picher Oklahoma was once the heart of mining zinc and lead. Contaminated tailings were left piled up around the town. In 1996, it was found that 34% of the children in the town had lead poisoning. There was a mandatory evacuation. 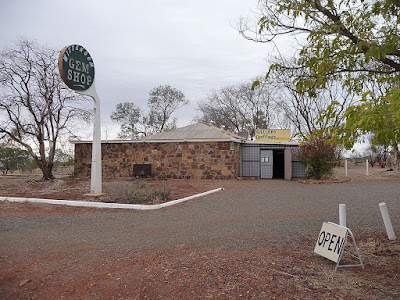 In the 1950s and 1960s, the town of Wittenoom, Australia provided blue asbestos.  In 1966, the asbestos mining was shut down. They made such an effort to rid the town from memory that it was removed from maps and references. Today, six people live there, but they receive no services. 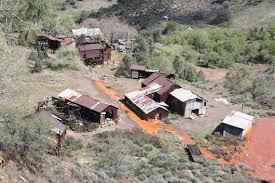 New Idria, California was once a mercury mining town.  The mine was closed in 1972.  Because of unchecked mercury runoff, it was taken on by the EPA and became a superfund site. 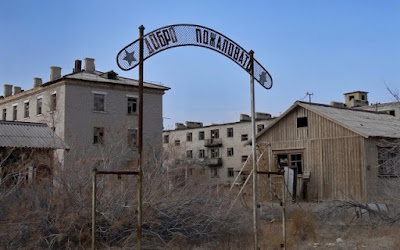 The test of biological weapons gave this town a bad reputation and a reason to be evacuated. This island is uninhabited due to this being the world's largest anthrax dumping ground. Botulism, anthrax, plague and many kinds of bacteria were tested there. 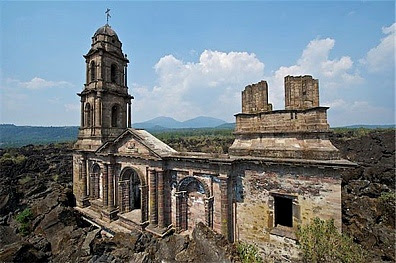 The original town of San Juan Parangaricutiro was covered in ash and lava. Only the church wall remains. A new version of the town was built nearby, but the bad luck of the original town that was evacuated in 1943, keeps locals fascinated. 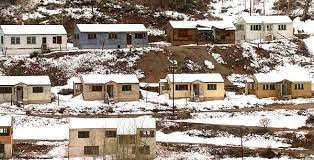 Founded in 1886 and abandoned in 1984, Gilman, Colorado is once again one of the mining towns gone bust. Lead and zinc were mined there (remember Picher, Oklahoma?) The EPA ordered the town closed because of toxic pollutants entering the water supply. 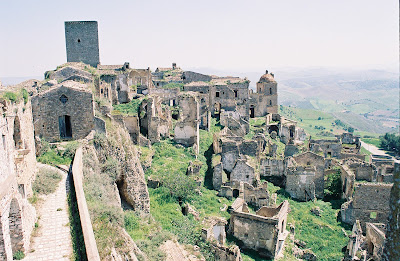 In the case of Craco, Italy, the town was abandoned due to natural catastrophes. Repeated floods and landslides made the town just too dangerous and precarious. Presently, the use of the town is purely for photography and movie making. In fact, it is considered the most beautiful abandoned town in the world by many.

We may not wish to venture into any of these abandoned towns, due to the inherent dangers, but it is important to remember that, at one time, citizens made their lives and homes in these places and never expected to have to abandon it, often times with only minutes' notice.