Just How Tall Were the Ancient Giants? 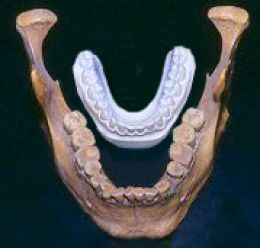 Take your hand and hold your jaw as if you're saying "hmmm" and thinking. Now, imagine another jaw that is so big it easily surroundings it. Hold your hands a couple inches away from you jaw. Now you're getting the picture. Take it further. Imagine an entire skull fits over your entire head like a water bucket. And that's just the inside size of their skull. Now, we're talking ancient giant size! 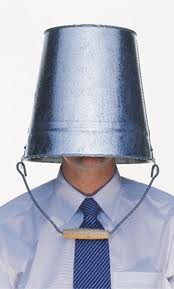 Did ancient people bind their heads to look like the giants?

I would swear that I'm right about that!

Today, we might see those shapes and say they are archaic, but back then, they were the first people, the knowledgeable ones, who owned the lands first and were revered, perhaps, as gods - both benevolent and brilliant and ruthless and punishing (can see where we picked up those themes in our religious texts and native legends) 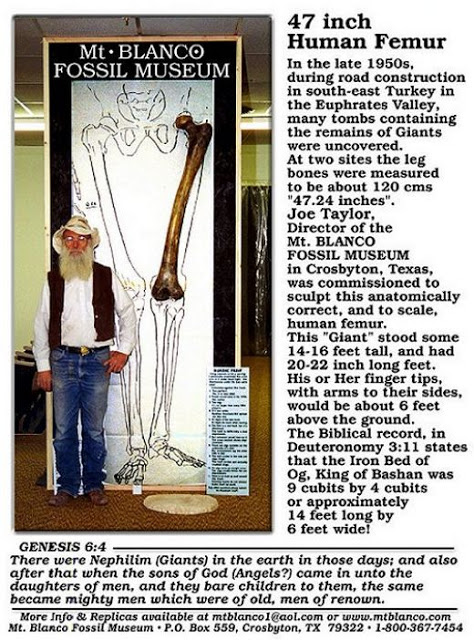 Check out this posting: In 1911 bat guano harvesters started working in this same cave. After digging out four feet of guano they found many broken arrows that the Indians had fired into the cave as well as other interesting artifacts, and they found red-haired giants. Even in the shrunken mummified condition the skeletons ranged in height from 8 feet to just under 12 feet. 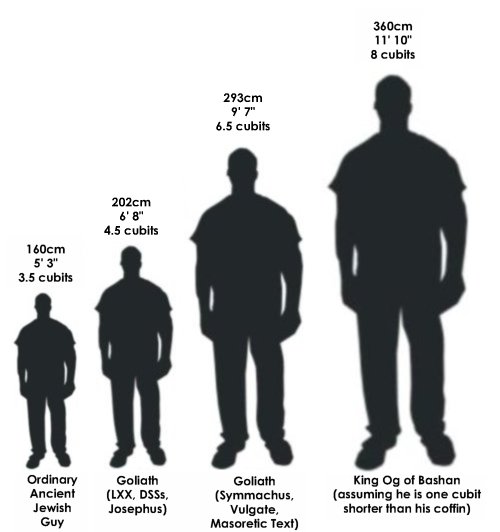 Deuteronomy 3.11 only offers us the length of King Og’s coffin (which, due to uncertainty in translation, could possibly alternatively refer to his bed). So, we might expect that the giant lying inside the coffin is about a cubit shorter than the 9-cubit coffin itself, or 8 cubits. That is 12 feet!

There was no standard measure for a cubit (the measure of a forearm) or a span (the measure of a spread hand width). So, (the author of the post) has estimated that 1 cubit = 45 cm, and that a span is half that. 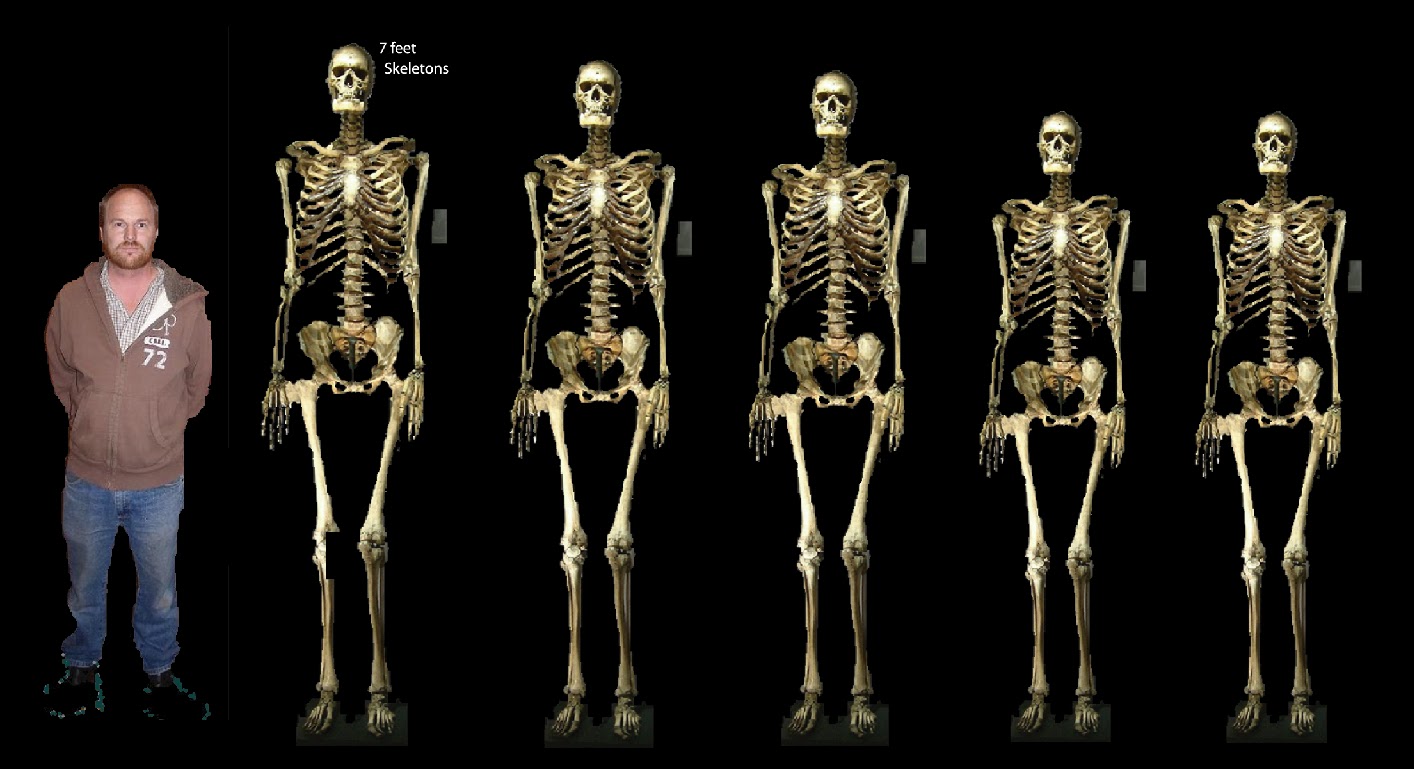 Check this link out about a find in Alaska - Five skeletons, nearly complete, were exhumed and each is the set of bones that belonged to a giant of prehistoric times. One of the skeletons measures over seven feet in length, so that the man must have been considerably over that height. Then there were two others of within an inch of seven feet and the remaining two “were more than six feet in length and the men were of gigantic frame." 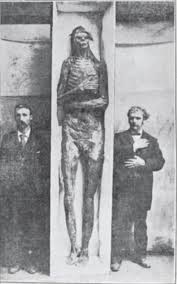 Check out this interesting source of descriptions - When Hernando De Soto reached the territory of the Apalachee around Tallahassee, he recorded meeting a giant Indian chief whom he described as "a man of monstrous proportions."

At the same time as De Soto, across the continent near present day California/Arizona, Francisco Coronado was leading a team to search for the legendary beautiful "Seven Cities of Cibola," and ran into several tribes of giants.

Pedro de Castaneda, one of Coronado's team members later wrote a complete history of the expedition mentioning their meetings with giant Indians. In one such passage he wrote of their encounter with the Seri Indian tribe: "Don Rodrigo Maldonado, who was captain of those who went in search of the ships, did not find them, but he brought back with him an Indian so large and tall that the best man in the army reached only to his chest. It was said that other Indians were even taller on the coast." (**Were indians taller on the coast because this is where the giants landed and bred with locals? We find this in Florida and Texas with taller than usual Native People as well as the `Patagonian Giants' at the tip of Cape Horn. Seems those who are on the coast faced the newcomers by boat.**) 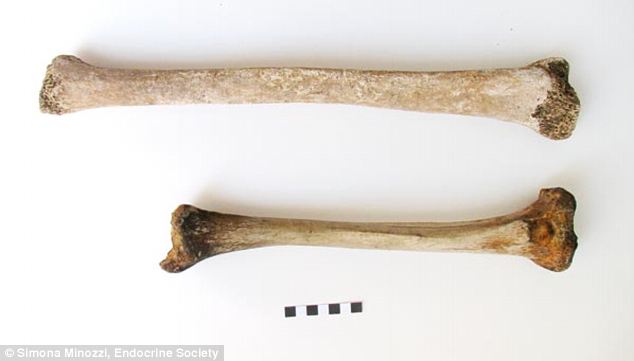 At 6-feet 8-inches tall, he would have been easily eligible to compete among those giants of sport in the U.S. basketball leagues today.  In third-century AD Rome, where men averaged only about 5ft 6in, he would have been a giant the likes of which most people had never seen.  It's no legend - archaeologists believe have discovered the first complete ancient skeleton of a person with gigantism near the capital of the ancient empire. 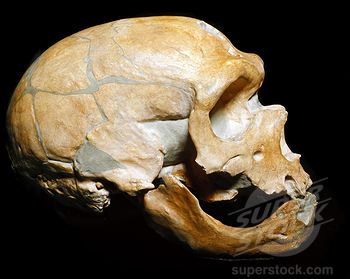 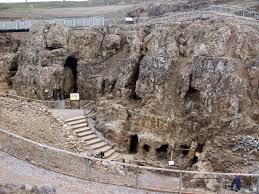 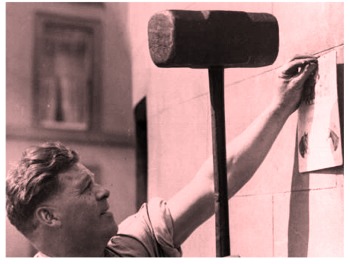 
Source: A very interesting find in North Wales - the Great Orme Copper Mines. These mines that date back 3500 years were the site of an interesting find of 2500 hammers, but the size of these hammers were 60 pounds as compared to 20 pound sledge hammers of today. It is believed the people (proportionally) who swung these in the copper mines were 12-18 feet tall! In perspective, the average height of a home ceiling is 8 feet. 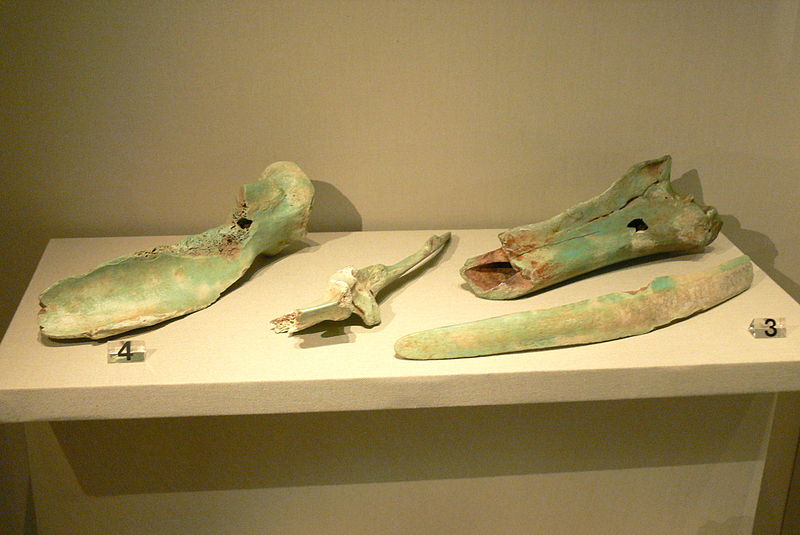 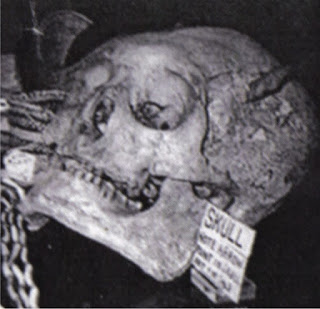 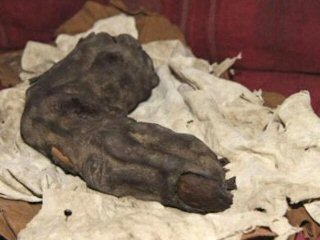 Source: This mummified finger came into the possession of a researcher who met a man who might have been a questionable grave robber who allowed him to photograph it. It is 15 inches long which correlates with a 16 foot tall human.