Discerning What Are Bigfoot Calls 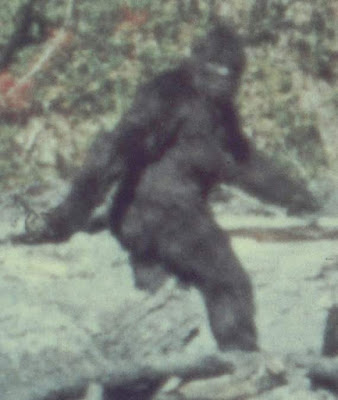 I talk to ghost investigators about using their camera in situations that test the types of phenomena they get if they photograph lights at night without a flash and moving the camera a bit, walking through dust and taking a shot, breathing cold air, during rain and snow, into glass with a flash....

It's important to have comparisons.

The same goes for Bigfoot investigating.

Besides the slow panning 2-3 times while filming, and a host of other advice for researchers, I do advocate being well acquainted with the sounds in your particular woods.

Above is the spectrum of human audio.


600-Hertz level is the usual range of Bigfoot screams. Their range for vocals, however, is quite wide. They are expert mimickers and you have to listen to the woods carefully to see what they are mimicking on the back end of another animal's call. They sort of tag their cries to hide their own signals to each other. They also often incite coyotes to scream as a likely way to cover their own comings and goings. It is believed they are able to range into the infrasound 20 Hertz level which would be feasible, as there is a human who can do this with extra long vocal chords.

I would suggest that you begin to look at the sine waves (wave form shapes) on the screen and see what you can discern as signature for each creature including sending a friend out into the hills some distance away to do a Bigfoot holler and put that down in you example stock.

Some other sounds associated with Bigfoot -

Chattering - sound of distant voices chattering
Buzzing - sounds like bees
Metallic squeal - sounds like two metal objects rubbing against each other.
Tinny - sounds like voice in a radio or metal box
Baby cries - sounds like babies crying in the distance (discern if this is bobcat)
Woman scream- sounds like a woman screaming far away (discern if this is bobcat)
Wood knocks - Most of us have heard this sound before, at least on TV Bigfoot shows, of someone hitting a hard piece of wood against another.
Rock clacking - A distinctive sound of two rocks being clacked together.
Chanting - Sounds like Native singing in the distance.
Deep bellow from wide chest cavity - rising in nature.

(believed to be a Bigfoot scream)