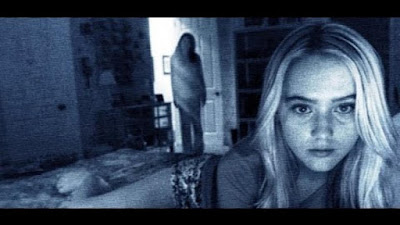 It's that time of year - time to think about upcoming horror. I'll let you decide on the offerings -


*Descriptions thanks to movieweb.com and screenrant.com and IMDB


Crimson Peak - October 16
When her heart is stolen by a seductive stranger, a young woman is swept away to a house atop a mountain of blood-red clay: a place ﬁlled with secrets that will haunt her forever. Between desire and darkness, between mystery and madness, lies the truth behind Crimson Peak.


The Green Inferno - September 25
Student activists from New York City travel to the remote jungles of Peru in order to stage a protest but instead encounter a tribe of cannibals.

Paranormal Activity: The Ghost Dimension - October 23
A family in a suburban house haunted by weird, inexplicable occurrences – but a fresh set of eyes could be just the thing to steer this ailing franchise back on the right track.

The Last Witchhunter - October 23
The last witch hunter is all that stands between humanity and the combined forces of the most horrifying witches in history. Vin Diesel, Michael Caine (I know, odd, huh?)

Before I Wake - September 25
Kate Bosworth stars in this thriller. A young couple adopt an orphaned child whose dreams - and nightmares - manifest physically as he sleeps.

I admit, I am very underwhelmed.