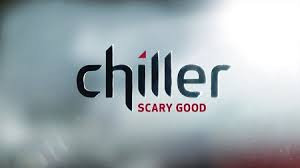 CHILLER AND SHAFTESBURY ANNOUNCE START OF PRODUCTION AND CAST FOR SLASHER


TORONTO – July 28, 2015 – Chiller today announced casting and start of production for Slasher, an eight episode, one-hour psychological thriller series from Shaftesbury (also airing on Super Channel in Canada).Slasher, Chiller’s first-ever original series, will be filmed in Sudbury, Parry Sound and Sault Ste. Marie, Ontario until October 2015, with an eye towards a 2016 premiere.

“As the television destination for horror fans, Chiller is always seeking ways to expand its brand and reach more new viewers, so we’re thrilled to be launching our first-ever original scripted series, Slasher, which joins our slate of original movies,” said Dave Howe, President, Syfy and Chiller. “Smartly written and suspenseful, this compelling anthology aligns perfectly with the network’s growing slate.”

Katie McGrath (Jurassic World, Dracula, Merlin) stars as Sarah Bennett, a young woman who returns to the small town where she was born, only to find herself the centerpiece in a series of horrifying copycat murders based on the widely known, grisly killings of her parents. As the murders escalate, long-buried secrets are revealed, making everyone around her a suspect…or a victim. Sarah finds herself questioning everything and everyone around her, including her husband Dylan (Brandon Jay McLaren, Graceland, The Killing), her grandmother Brenda Merritt (Wendy Crewson, Saving Hope, Revenge), family friend Cam Henry (Steve Byers, The Man in the High Castle) and the town’s police chief, Iain Vaughn (Dean McDermott, Ecstasy, CSI).

“With Slasher, I wanted to tell a modern-day monster story – but instead of a mythological creature, the “monster” in our series is all too human,” said Aaron Martin, creator, writer and executive producer, Slasher. “The series is a fusion of some of my favorite thriller genres – the classic slasher film, the contemporary murder mystery and the timeless works of my favorite crime writer, Agatha Christie.”

Developed and produced by Shaftesbury in association with Super Channel and Chiller, Slasher is written and created by Aaron Martin (Killjoys, Being Erica) and directed by Craig David Wallace (Todd and the Book of Pure Evil). Aaron Martin, Christina Jennings and Scott Garvie are executive producers. Casting by Stephanie Gorin. Content Media Corporation is the distributor. Slasher is funded with the participation of the COGECO Program Development Fund.