Are We Having An Increase in the Unexplained? 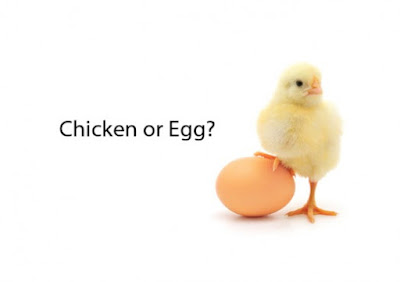 It seems like in recent years we've had an acceleration in strange unexplained encounters. What is going on? Is there more activity from the other realms or is this just incidental?

With the surge of personal cell phones, YouTube and the Internet/Facebook/Twitter/Instagram, and the like, are we just reporting more of what has always been there and also accessing that information more quickly in the virtual realm. Or, might there be a bold increase in either hoaxes or true encounters?


It wasn't just the infamous Montauk Monster, dozens and dozens of strange creatures have been washing ashore and baffling folks around the world.


Nick Redfern did a fine book about this creatures that was originally a bizarre little Jersey Devil type alien thing reported in Puerto Rico and then morphed into mange-stricken dogs in the Mainland US.


- Odd shaped cubes in the sky/UFOs -


UFO sightings have greatly increased at an amazing rate and photos and videos abound. But, recently odd shaped things have been emerging from the clouds and baffling people with the obviously not aerodynamically feasible designs.

This is a whole new sort of reported item in the sky and it defies ay explanation other than - bizarre!  Ken Gerhard did a very intriguing book about the phenomena.


These are also a relatively newly captured and freaky thing and it can be very unsettling to hear the sounds of loud screeching metal or trumpets coming from the atmosphere. Some blame it on HAARP sending microwave signals into the ionosphere and others believe it's a sign of impending geological issues. 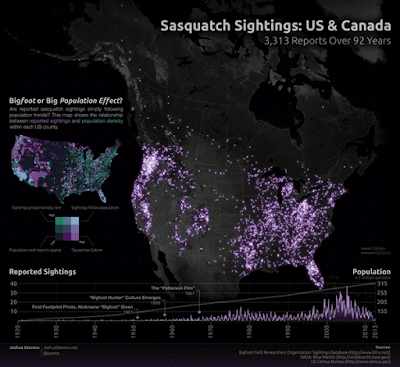 Bigfoot is popular and also one of the most hoaxed videos on YouTube. So, what do we know? We know that the concept of a hidden people among our forests brings out an overly protective and highly skeptical reaction from the population.

Dogman has been reported from some time, but not so much as in the past 30 years when encounters are being more and more talked about. What is the Dogman? Well, you might want to check out Linda Godfrey's books, as she has done an amazing job of documenting this elusive and terrifying being.

It's said 4 million people believe they have been abducted. There is also debate on whether this is an issue with sleep paralysis and hallucinations. I find it interesting that so many who have had these encounters see similar beings, even people who have never once believed in the alien concept. For a debate on this, check out this ARTICLE.


Lots of rural areas report spooklights - strange "earth" lights the origins of which are questionable. Some of the more well known ones are in Marfa, Texas, Brown Mountain, North Carolina, and Hornet Spooklight in Missouri.

This phenomena has been reported mostly in modern times. What is going on? There is an interesting theory that utilizing fast refreshing computer screens and TV have trained our eyes in a manner to see things we didn't usually see in the periphery. What we do know is these shadow people seem to think we don't see them and when we do see them, they seem surprised and dart away.


So, what is going on? Are we having more hauntings? Cryptids? UFOs? and other phenomena or are we more readily recording and sharing the experiences on the Internet? Chicken or the egg? I'd love to hear your thoughts on this.