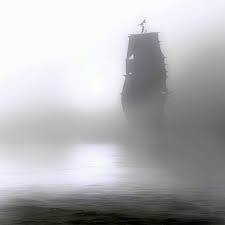 If buildings and battlefields can be haunted, so can ships. In fact, most ships that are reportedly haunted are ones involved in maritime wars. 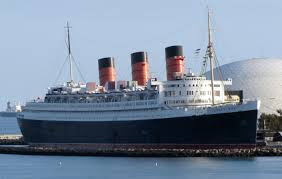 Some believe that the Queen Mary, docked in Long Beach, California after a long and illustrious career, is the most haunted ship in the world. It's hard to judge such a thing for a few reasons. There were reportedly 49 deaths on her since her first launch. That alone should make for a haunted vessel, but one must also consider that it has been open to the public and to television shows and investigators by the droves. When you have that many people investigating and reporting on it, it can seem quite haunted. Other ships are likely more haunted, but do not have the public exposure that the Queen Mary has.

The engine room far below is considered the heart of the haunting issues. There, two men were crushed to death by door #13. Women in 1930s clothing are seen in the pool area, as well as child ghosts and other apparitions. The ship has quite a notorious haunting history. It also promotes its haunted events. 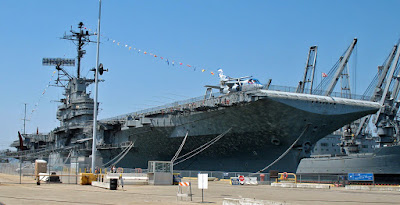 The USS Hornet is docked in Alameda, California. The ship was commissioned in 1943 during the War. Although the ship was responsible for sinking a great deal of the enemy's craft, it did not go without its own curses. Source: Her impressive record did not come without cost. An aircraft carrier, in times of war or peace, is a dangerous place. Sailors have walked into aircraft's spinning props, been sucked into their air intakes, and blown off deck by their exhaust. Dropped ordnance has exploded, burning and maiming sailors. Snapping flight arrest cables are known to have decapitated at least three men on the USS Hornet. All told, in her 27 years of active service, more than 300 people lost their lives aboard ship. The majority claimed during combat, others from these horrendous shipboard accidents, still others from suicide. The USS Hornet has the dubious honor for having the highest suicide rate in the Navy.

Some of the most reported issues with the ship are objects moving from one location to another and going missing as well as apparitions of soldiers.

The USS Lexington rests in the Corpus Christi Bay. It was commissioned in 1943. When it was decommissioned in 1991, it was the oldest working carrier. The ship was responsible for taking down a lot of Japanese vessels and the Japanese thought they had sunk her four times, but she kept coming back. Eventually the Japanese nicknamed her the "Blue Ghost." It seems the majority of its hauntings are attributed to residual or "history playback" kind of loops. Soldiers running on deck, screaming, voices and such have been reported. 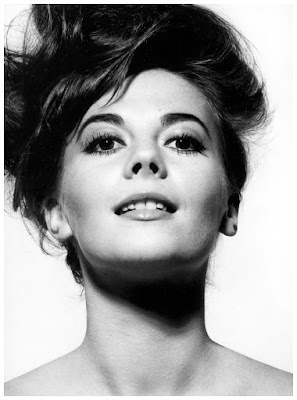 The boat where Natalie Wood was last seen alive before she drowned, was up for sale last fall. The owner of the boat thought that perhaps Natalie Wood still haunted it. He reported his feet gave out from beneath him for no reason at all a few times. A guest felt someone sit on the bed and then leave. The owner even had some spiritualists bless the boat. The boat might be damaged from a thunderstorm and containing a spirit, but it sounds like a real find for someone who wants such an heirloom.

MOVIES
Haunted Boat (2005) A mystical, mind-twisting psychological horror film about six teenagers going on a boat trip and getting lost in parallel dimensions where they have to face their greatest fears.
Ghost Ship (2002) A salvage crew that discovers a long-lost 1962 passenger ship floating lifeless in a remote region of the Bering Sea soon notices, as they prepare to tow it back to land, that "strange things" happen...
Cruise Into Terror (1978) An Egyptian sarcophagus that is cargo on a pleasure cruise ship has a secret - it contains the son of Satan, and its effects start to make the ship's passengers behave strangely.
Death Ship (1980) Survivors of a tragic shipping collision are rescued by a mysterious black ship which appears out of the fog. Little do they realise that the ship is actually a Nazi torture ship which has sailed the seas for years, luring unsuspecting sailors aboard and killing them off one by one.
Triangle (2009) The story revolves around the passengers of a yachting trip in the Atlantic Ocean who, when struck by mysterious weather conditions, jump to another ship only to experience greater havoc on the open seas.