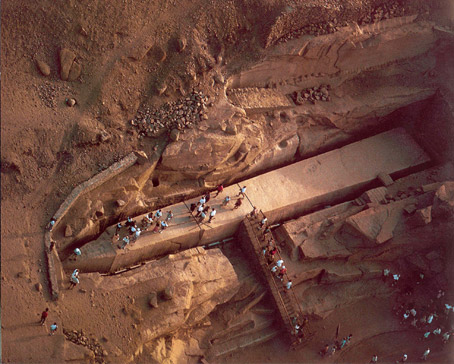 Only partially completed, but showed signs of being over 1200 tons and 137 feet when done. How was this obelisk in Northern Egypt created and how would they have raised or move this? These are just some of the questions baffling everyone.

Best guess include the use of hard stones or chisels to split the rock and wooden wedges shoved into it and water added. Wet wood could swell and create pressure. 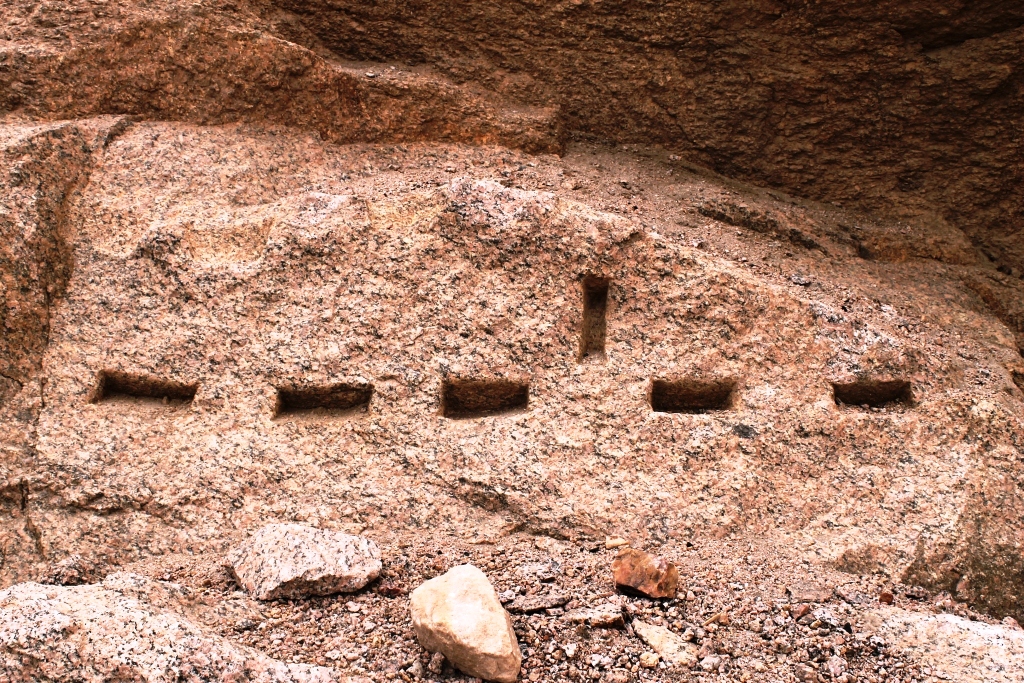 Here (below) is a perspective of the carving process. 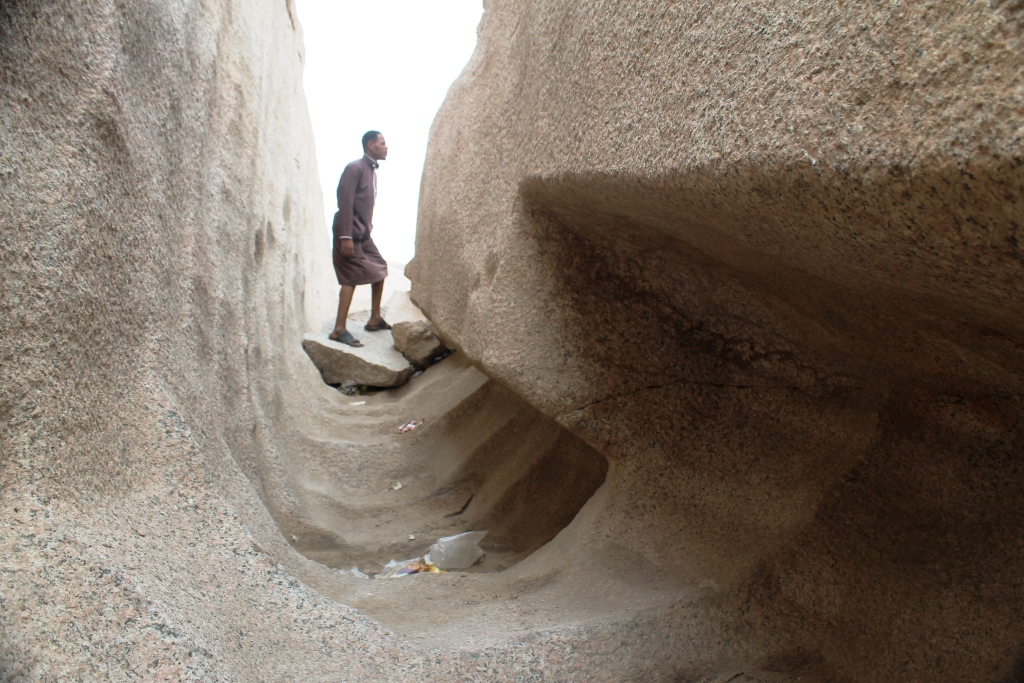 Source:  In this photo (below) we can see the ancient conventional technology of using wooden wedges, but how about the “scooping method” in the center? Some theorize that the latter has nothing to do with the Dynastic Egyptians at all, but is the work of an older culture, called the Khemitians who had sonic and or vibrational technology. By setting their tools to a vibration that would make the quartz in the granite unstable, the stone would naturally crumble like a sugar cube with each controlled pass of the device. 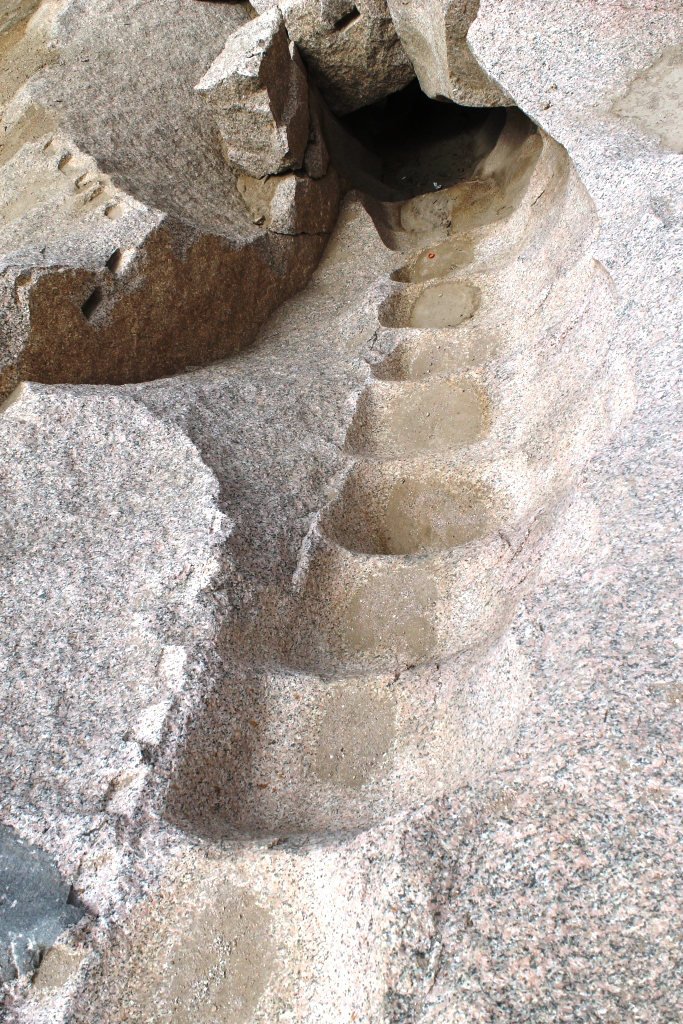 A little research into these "Khemitians" and I found this -

Source:  A race called Khemitian's occupied northern Africa long before Egyptians did. It was know as the land of Osiris. Quite a few experts are beginning to believe that the pyramids, and Sphinx, were built before the Egyptians (as Parker suggest , the water marks,floods, important ancient weather cycles, etc...a great part of very, very ancient Egypt was marsh; lake lands) though built by these Khemitians is not clear. Osiris is one of the main ancient Egyptian God. Some link the word Osiris to the star Sirius, a close neighbor to our solar system. At certain times of the year,with the position of Sirius, the Nile goes through it's yearly flooding, giving renewed life.

Khemitian's state that they had contact with Star People to give them knowledge. This and Egyptians belief in a star gate, and star people draw interest, also the highly developed Sumerian civilization carried the same belief structure. Even MesoAmerican, through Peru, held the same ideas. As a general composite, star people tend to be lighter skinned, white or blond hair, beards and tall...and travel in sky boats (aircraft). This theory, and a great flood (maybe more than one), seems to be a link of the many ancient culture from around the world. Also linked is that Star people, built or gave instructions, as how to build temples, pyramids, farming, writing, etc.

Who built these obelisks? We have nothing more than the guesses that a people living in the area in that time might have been responsible. How did they learn to do things that did not continue on as advanced knowledge? Why didn't this knowledge get passed down? As we tear up Mother Earth, no doubt we will find more and more examples of things that don't jive with what we thought we knew. That today we baffle at how they did these tasks, says a lot about how extraordinary they were.