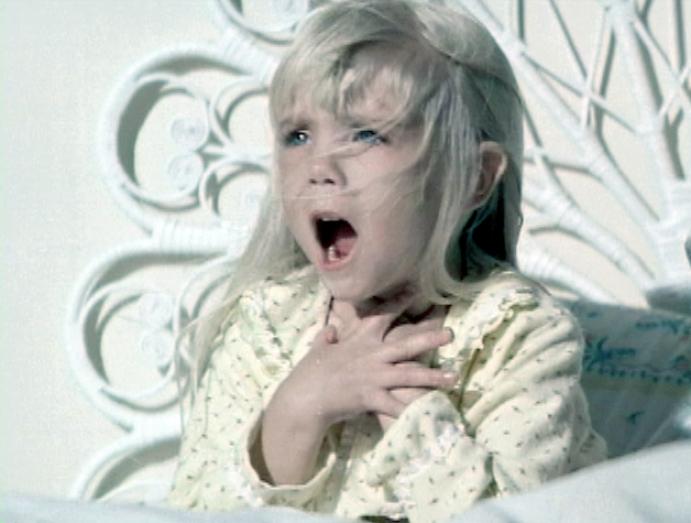 Some Hollywood movies seem truly cursed when one looks at the cast and crew and things that happened on set and shortly thereafter. Horror films seem to carry the most curses. When we look at these together, we see a series of eerie "coincidences." Let's look at some of the most popularly known cursed movies.

Five actors died after filming episodes. The beloved little girl, Heather O'Rourke died before the last episode was released. The old man, the Native American, and the little psychic lady all passed. The older daughter was murdered by her boyfriend. The lead actress who played the mother claimed that when she was done filming each day, she went home to find her pictures askew on her walls. The director of the second film died. One of the actors survived a plane crash that killed 27 others.

The actor, Brandon Lee, was killed by a bullet loaded into a prop gun. He was the son of Bruce Lee and believed his family was cursed.

There were numerous deaths associated with cast and crew of the movie. It wasn't just the cast and crew, but their relatives as well with far-reaching implications if one believes in curses.

Source:  Having changed its title from "The Antichrist" to "The Birthmark," the film seemed to fall victim to a sinister curse. Star Gregory Peck and screenwriter David Seltzer took separate planes to the UK...yet BOTH planes were struck by lightning. While producer Harvey Bernhard was in Rome, lightning just missed him. Rottweilers hired for the film attacked their trainers. A hotel at which director Richard Donner was staying got bombed by the IRA; he was also struck by a car. After Peck canceled another flight, to Israel, the plane he would have chartered crashed...killing all on board. On day one of the shoot, several principal members of the crew survived a head-on car crash. The jinx appeared to persist well into post-production... when special effects artist John Richardson was injured and his girlfriend beheaded in an accident on the set of A Bridge Too Far (1977).

William Castle, the film's producer, got a hate-filled letter wishing him to die of a horrible disease; which he ended up doing with a heart attack. Roman Polanski, the director and writer, would see his pregnant wife, Sharon Tate, die by the hands of the Manson gang.

There have been various adaptations of Superman, the movie and the show, but the actors involved seem to have had some unfortunate happenings at a higher than normal rate. George Reeves who played Superman in the TV series in the 1950s, died by gunshot wound. Christopher Reeve, who played Superman in the popular movie adaptations in the 70s and 80s, had a horse riding accident that left him paralyzed from the neck down. Kirk Alyn, who played in a low-budget series of Superman, ended up with no career and Alzheimer's. Bud Collyer, who voiced the first cartoon, died at 61. Lee Quigley who played baby Superman in the 1978 movie, died of solvent abuse at the age of 14. Marlon Brandon suffered in his personal life with his son shooting his sister's boyfriend and his daughter killing herself. Margot Kidder suffers from a dramatic form of bipolar disorder and went off the deep end, wandering off and being found in a state of confusion. Richard Pryon suffered drug addiction and a failed suicide attempt. Even Dana Reeve, Christopher's wife, died of lung cancer at a young age - having never smoked. The men who wrote and did the art for the original Superman concept, sold their idea for very little and never saw it becoming so big, never could regain any of that cash, and had miserable lives.

Can a movie be cursed? I think a lot of movies have had horrible incidents happen to cast and crew during filming time and even soon after, but horror movies tend to make us look a bit closer. Pretty soon, the people involved begin to compare notes. We don't tend to compare notes from cast and crew of happy comedies and the like. If we did, we might find that a group of people brought together to work on a movie are a large amount of employees and there is bound to be some weird happenings. During the filming of "Twilight Zone" the movie, the actor Vic Morrow and two child actors were killed by a helicopter crash. Actors sometimes die during the filming of movies and that creates a bleak curtain of despair that is hard for people to stop associating their last work with their death.