Gigantic Waterway Under the Western US? 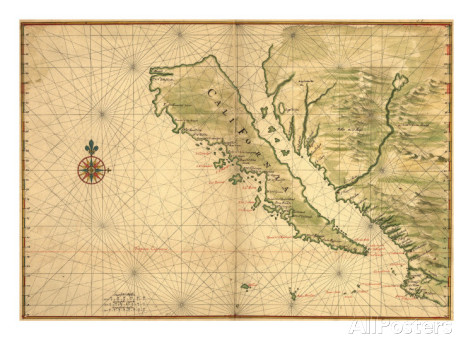 This 1650 map shows California to be an island. This supposed "misjudgment" by Europeans on a map, showing California as an island, was allegedly perpetuated by other map makers who continued the error. But, given the area from Imperial Valley, California and up through Death Valley (which was once filled with water) and into Western Nevada where Lake Lohantan once was (Lovelock Cave area), there are lots of reason to believe these areas were filled with water at one time which might have given the impression of California as an island, but the waterways dried up thousands of years ago.

Or, did they go undergound during seismic activity?

There is a theory floating around that there is an underground waterway that a single submarine can traverse from the California coastline to Nevada.

The Paiutes told a tale of the ancient giants who lived in Death Valley when there was water there. These giants lived up high in the mountains which were island tops in the water and they retreated into the caves up there as their housing.

The Native People explained in their legend that when the water "left," the giants went into the caves and underground.


There has been talk for some time about there being a possible waterway that leads from the California coast, up to Nevada. One person points out that in Hawthorne, Nevada there is a Navy munitions storage site built in WWII Era. 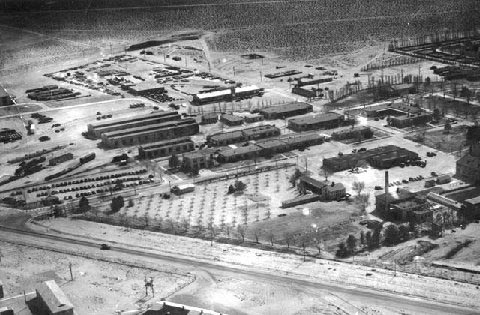 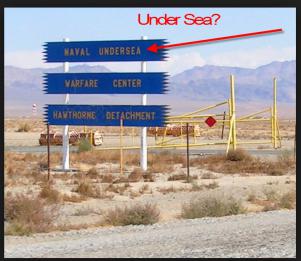 Salt water would have to communicate with the lakes that the subs could emerge from, so if one believes the theory, the Great Salt Lake in Utah would seem the likely culprit. It is highly saline and large.

Interestingly, one outdoor adventurer I know mentioned drillings abandoned in California that led one to come to the conclusion they had hit an underwater lake or river. In fact, this person was in talks about the potential to be the first to raft that waterway. Should such a thing come to be, I'd certainly want to cover that happening!

Being involved in the oil business, I'd say the gamma ray, electrical and radiation logs would should whether there was a vast waterway down there or not and oil producers do not work on a lease without logs to tell them what is below the surface.