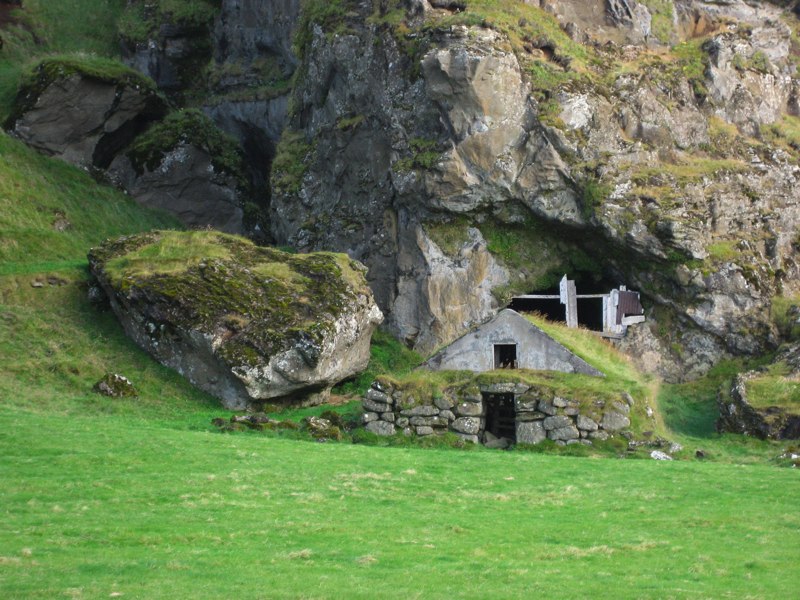 This legend has been bantered about the Internet as a true story:


SOURCE:  REYKJAVIK, Iceland — Seven years after she vanished without a trace, a female anthropologist emerged from a mysterious cave where authorities believe she may have been held hostage by real-life elves!

Danish researcher Kalena Søndergaard was stark naked, covered by dust and babbling incoherently when rescuers found her outside a tiny opening in the famous Elf Rock, traditionally believed to house the underground dwelling place of mankind’s tiny cousins.

“She was crouching like an animal and spoke only in a language unrelated to any we know,” said Arnor Guðjohnsen of the National Rescue Service, which airlifted the 31-year-old survivor to a hospital by helicopter.

“The only word we could understand was ‘alfur,’ an old Icelandic word for elves. On her back were strange tattoos similar to those markings Viking explorers found on rock formations when they settled Iceland in 874, traditionally known as ‘elf writing.’ ”

The Huldufolk "hidden people" are strongly a part of the culture in Iceland. Considering the country was not officially inhabited until the 800s AD (by the Vikings), it seems to contain an ancient reverence for past knowledge and unusual occurrences. We see a lot of legends in Native cultures, but the culture there is not native and yet it continues to carry a very strong attraction to the concept of elves.

The land is highly volcanic with steam escaping from icy grounds and hot springs in abundance. This vitally active region is comparable to Indonesia where the "Hobbit" remains were found. Is their a connection between highly active volcanic areas and more legendary magical beings? Many say Mt. Shasta is the seat of such people and such activity. We also have legends of small people being found in the American West and Tennessee. Here's what could possibly be at work - 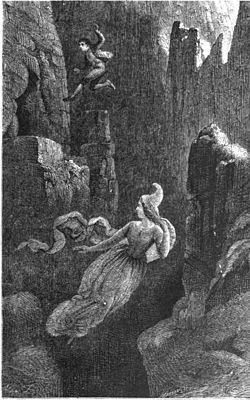 In America we have had ancient giants buried in our ground and found in our caves. We also have talk of hairy tall people in our woods. Americans believe in Sasquatch. We are vehement that they exist. We likely were one of the last stands of the ancient giants so, not only are the legends fresh in Native tales, but there might still be a population in seclusion that is being seen from time to time.

If there was a race of tiny people that once inhabited Iceland, legends would be fresh, and they may be vehement if they are actually still witnessing these folk upon occasion.

Let's look at some of the supports for why Iceland might know something we don't know:

Iceland has an elf school where you can learn all about the little boogers.

Iceland has a thing about its roadways. When bulldozers break down, when things go awry, when a sensitive individual comes forth to warn that a rock might be the habitat of an elf, it is heeded. Roadways are even built around such structures rather than push one's luck.


In 1996, an attempt to bulldoze a hill in Kopavogur, Iceland inexplicably failed. The hill, which was to be cleared for a graveyard, was believed to be occupied by elves. During the operation, two bulldozers inexplicably malfunctioned. Television cameras malfunctioned, unable to focus on the hill.

Elf communicators were called in and apparently were able to reach an agreement with the elves. The elves decided to leave, the communicators said, and the machinery began to work again. The event was reported on by the New York Times.

Might this tie to "just feeling" and "just knowing" the elves are there and associated with rocks be the product of a volcanic-active earth? Could the people there have designed a way to make the earth happy so there is no wrath or do they perhaps have another "sense" because of the interaction of volcanic activity with their body's electrical systems and brain chemistry?

In America, "little people" have been unearthed in massive amounts in the State of Tennessee, proving a culture of 2-foot tall people of apparently a different branch of mankind, somewhat like the "hobbit" (Homo floresiensis) skeleton from Indonesia. In Southern Appalachia, the Cherokee tell of the Moon-Eyed People; a race of tiny people with white skin that could only see at night and lived in caves. They believed these people had come to America from Europe and were there when the Cherokee first settled the area.

Is it possible that there was a population of little people around the world as there were giants? And might some of these still exist, like giants do in Sasquatch?

Stories from around the world might support this concept, as I often hear people report that the Sasquatch were running with the "little ones" (beings no one really wants to discuss for fear of their wrath). Just as many legends of little people are in Native legends as the "tall ones."

Here's a case from South Africa -

In 1986, Paul was hiking near the Mangrove Swamps Nature Reserve with a group of friends. At around 6 p.m., they came across an open space with rock formations. Paul told Wagner: “We looked around and witnessed little people sitting on the illuminated rock formations and others who were interacting with each other.”

The experience lasted about 10 seconds, and he estimated there had been 20 to 30 of these little people. Startled, Paul and his friends ran back to the car. They later returned to the same spot and found the lights and rock formations, along with the little people, were gone.


Many Icelanders speak of these elves as being attributed to rocks, coming and going from rock, being magical, being sometimes very very tiny and elusive. They are private and reportedly kind if you are kind and vengeful if you are unkind. It may seem extraordinary, but we already know there are lots of signs of life in places we never imagined it, like in a lake under the Antarctic ice and in burning hot volcanic vents in the ocean. Life adapts and survives in places we thought it was impossible. If we take the stories of exceptionally "supernatural" beings in the rocks, an adapted form of life for the volcanic lands might be the explanation.

When we hear a lot of legends involving small people, whether it's elves, brownies, sprites, fairies, moon-eyed people or other, we have to wonder if there has been a form of man that went unaccounted for, like the ancient giants, and that shows up in skeletal remains from time to time and in nearly all native legends.

Do elves exist in Iceland? Until someone proves they do not, the possibility is there and that is very intriguing!