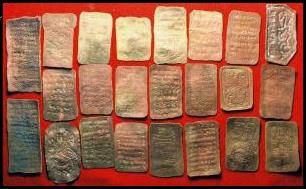 Source:  A number of stone boxes, covered with bark and pitch, were discovered by John Brewer in the Manti, Utah, area nearly fifty years ago. While the authenticity of these discoveries has been the subject of intense controversy, radiocarbon dating of the bark has not previously been performed by archaeologists or other scientists. This oversight is striking, since an accurate radiocarbon age would do much to ascertain whether the artifacts are ancient, or of modem manufacture (as claimed by some archaeologists).


Here we report the results of the first radiocarbon dating of a bark sample from one of these stone boxes. The sample was provided by ****** ******** from material provided originally by John Brewer. The bark was brought by ** ****** ****** to Professor Steven E. Jones of Brigham Young University on March 3, 2004, under the auspices of the Ancient Historical Research Foundation. The sample was examined then taken to Prof. Stephen Nelson and David Tingey, both of the BYU Department of Geology, for dating using the BYU radiocarbon-dating system.Source:  Let's look at some of the findings that may or may not support the Giant Ancients in the desert. First here is a finding in the center of Utah near the town of Manti. In 1955 a man by the name of John Brewer found a set of stone stairs carved on the floor of cave near Manti, Utah. After gaining access he discovered a tomb or chamber where he found large coffins and mummies with red and blond hair of very large stature. He also found boxes with metal plates inscribed in an ancient text. He showed this to a friend, Dr. Robert Heinerman, Ph.D. in anthropology. No photos exist of the coffins or mummies. Only photos of the plates were taken. Some of the plates were made of gold, some of copper.
Final dating: 5 BC to 390 BC.

Interestingly, this correlates with Joseph Smith and the supposed stone box with gold plates with magical writing inside (that apparently he could translate) that became the foundation of the Book of Mormon and an entire religion also called Church of Latter Day Saints.

If a man did find such a cave and hiding place of ancient giants' writings in cave (much like the Dead Sea scrolls), it would seem to be a message from God in some magical writing. Entire religions have been based on a person claiming prophecy and finding writings of ancient origins.

By all descriptions, it would seem that John Brewer's Monti plates were a more modern-day find of the same era of ancient plates Joseph Smith stumbled upon and proclaimed holy visions. In fact, today's LDS Church would likely be very interested in any metal plates with writing found in stone cases within giant's shelters. It would not do them well to have others holding the plates they consider somehow holy messages or that their supposed messages were incomplete.

Brewer, however, did not interpret them as sacred, but as archaeological artifacts of a very unusual culture that once lived here; a most appropriate assessment.

It was reported that BYU scoffed at their authenticity, but then why would they want the public to know there are plates from an ancient culture in caves on which they based their very religion? It would make their belief system nonsense. So, they repute the finds and the plates end up "missing." Luckily, they had been photographed, but it would seem that, like other finds in Utah, they went strangely - amiss. 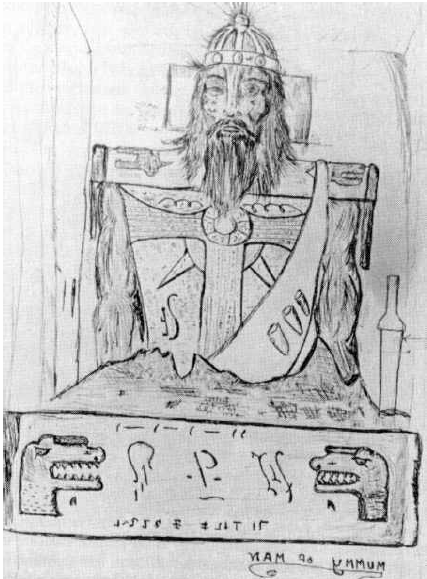 MORE INFO:
Amazing description of the find
Interesting post about it