Water From Stone: Characteristic of Giants 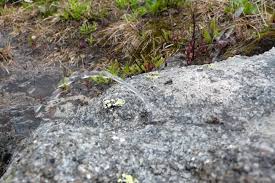 Those of us who study the history of the people who built the ancient mines and wielded tools too heavy and cumbersome to be worked by Homo sapiens, know there are legends of waterways always tied to these people; they live on the Gulf, they live on the river confluences, they live on ancient giant lakes and seafaring ocean transports, but they are also associated with astronomy, megalith stone structures, and wells and canals of extraordinary feat.

4 Moses cried out to the Lord, “What am I to do with these people? They are almost ready to stone me.”

5 The Lord answered Moses, “Go out in front of the people. Take with you some of the elders of Israel and take in your hand the staff with which you struck the Nile, and go. 6 I will stand there before you by the rock at Horeb. Strike the rock, and water will come out of it for the people to drink.” So Moses did this in the sight of the elders of Israel. 7 And he called the place Massah and Meribah because the Israelites quarreled and because they tested the Lordsaying, “Is the Lord among us or not?”

Peru
From the Museum of Huaro - 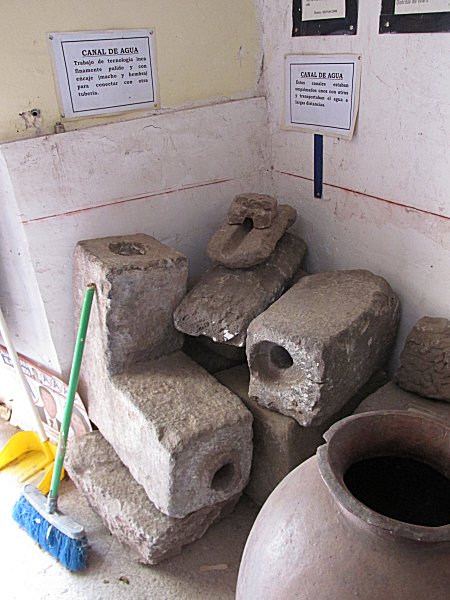 The museum at Huaro also has fascinating examples of ancient water systems. The description given however is erroneous, as neither the Inca nor the Huari had the technology to cut through hard andesite or basalt stone. These simply add to the mystery of who lived in the area in the distant past (link below).


There is an old local legend in Peru that has some merit of flesh-eating sodomite giants. These wells were located in more recent times and the giants' skeletons found. 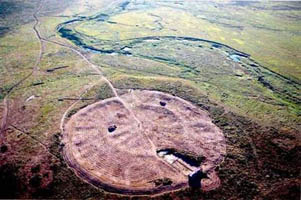 An exceedingly ancient structure found in the Ural Mountains of Russia, called "Akraim," had lots of interesting features including waterways.

"The ancient Ural fortress Arkaim located in the Chelyabinsk region is often called the “Russian Stonehenge.” In addition to streets and buildings scientists have found remnants of a water system, metallurgic furnaces, and mines. It is also said to be one of the strongest 'anomaly zones' in Russia. The remains have dated to c. 2000 to 1600 BC. (link below)

It would seem that there was amazing technology involved in cutting through stone and finding water. Was some of it magical? To those of us here who do not understand the earth knowledge earned the hard way by the earlier race, it would see quite magical. Are there ways of harnessing free electricity, producing clear accessible water easily, and feeding an army of giant people? Well, it would seem feasible to their race.

Here's how I contemplate these things at night while falling asleep -