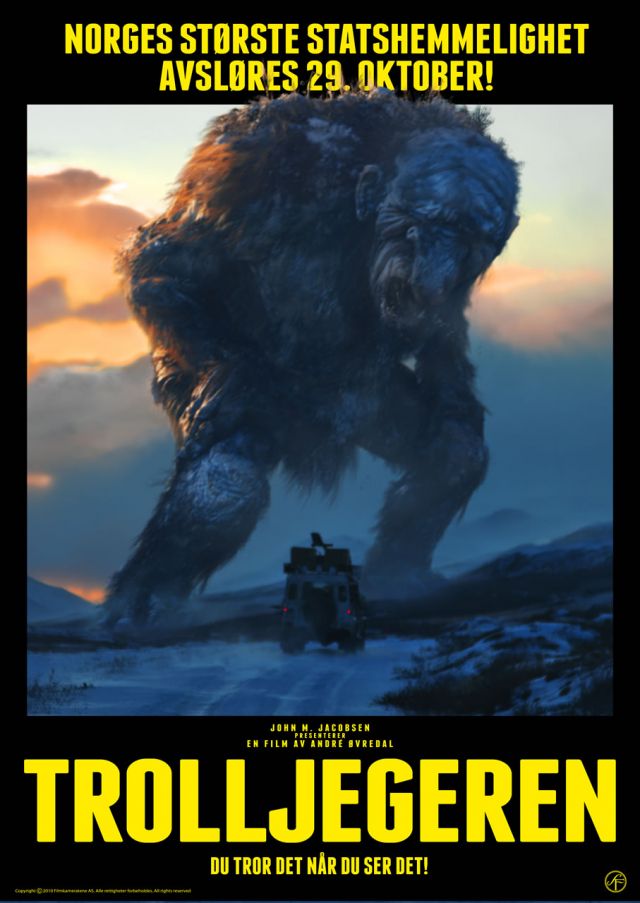 
My personal favorite. A Norwegian team of college kids dogs a strange hunter who supposedly kills bears, only to find he is really hunting trolls for the government.


A group of skiers in Norway help their friend who broke his leg, finding shelter in an abandoned hotel. What they don't know is that someone is still living there.


A town in Norbotten, Sweden is attacked by vampires. This has an interesting kind of 1980s feel. This has a horror comedy feel.


The 25-year war between Sweden and Russia has two brothers trekking out with the task to draw the maps of the new borders and encountering some seriously disturbing things. This is a lush, gorgeous, and character-driven thriller. I really loved this one.


It doesn't get better than some Norwegian skiers in a cabin up on an icy mountain encountering Nazi zombies in one of the single most over the top zombie fight scenes ever in a movie! This is a blast!

A beautiful and melancholy movie about the icy dark reaches of Norway and a boy and girl in the same condo complex, both outsiders. She's an outsider because she's a vampire, and he believes he's found his soulmate. Beautiful movie.