Mindspeak: What Is It? 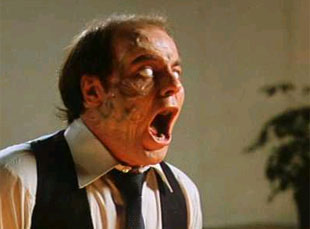 Example 1:  In the documentary "Hunt the Dogman," someone who encountered a Dogman spoke of the Dogman giving him a message in his mind that "you are okay, I will not hurt you, just please move on."

Example 2:  Those who have had encounters with "alien" forms report them speaking to them in their head, but their mouths not moving.

Example 3:  When in the grips of a horrible life situation, a person might plead with God or a dead relative to help them and feel a sudden sense of calm wash over them and a knowledge of a message.

Example 4:  On a ghost investigation, someone might report hearing a voice saying, "I'm over here, Helen," but no one else nearby hears the voice.

The above are examples of mindspeak. Mindspeak is best described a; a message inserted into your mind without any oral proclamation.

How is such a thing possible?

Well, I tend to look at the components and backtrack. So, I will begin with one of my own encounters of mindspeak. I was visited several times in my life by what one would call classic "alien greys." I gained sometimes enormous amounts of information quickly, almost like when people say that, in seconds, they had a life review. The computer in my mind was filled with information I could open up, like unzipping files on a computer.

I knew what they wanted me to know without hearing words. I did not hear "you have a mission," I simply knew what they knew as if it were knowledge I always had. No words. Just info. But the mind is an odd thing. I could swear he said "you have a mission" but I do not recall any voice associated with that phrase. Usually you can hear someone's voice telling you something. There was no voice, just this statement implanted.

If I accept these encounters as absolutely real ones with a life form that has a capability to insert knowledge, then what can I assume from this? Since it did not present in language, then knowing my language was not critical. Knowledge can come in a most basic form without language attached to it. If I touch a flame as a non-speaking baby, I understand that it will hurt me without someone instructing me so in spoken words. So, we can take the need for knowledge of our language off the table in the case of this kind of mindspeak.

But, we sometimes have mindspeak that is in language form, like the ghost hunter who heard someone's voice. In that case, it is done from a person who once did exist and did speak their language in that location.

So, alien encounters could very well be done by beings who are not of this world, do not need to know the language, but do need to know the way in which our minds are entangled (read Dean Radin about Entangled Minds, fascinating quantum physics and explanation of how PSI is possible).

How can a concept/knowledge be embedded into your mind without language? Well, when was the last time you studied a sunset and felt a peaceful calm? Did you pet a dog and feel a connection with him and know that he is a happy boy because his tail was wagging? Did you ever step outside on a day when a storm was coming and feel barometric change and know things were going to change? How about creeping through a dark scary building and knowing something was watching you?

We gain knowledge through more methods than we realize. As a psychic, I can verify that mindspeak for me takes on the form of memories. When doing a reading, I am dropped into a person's attitude, relationships, things around them, how they feel about those things, glimpses of visuals, and more. None of this is in language, but I interpret it. When we receive mindspeak, we interpret it. Upon occasion, I hear someone's name in my head during a reading and I know I have been fed that name.

One encounter with 4 alien greys, I got a collective, "Oh shit! She wasn't supposed to see us" sense from them. They did not say that, it was not in words, but the tone was interpreted by me in this way. It would be like talking to someone and their eyes avert and you read that they are thinking about something else and not listening or you just sense someone you are close to is in pain even if they are smiling.

Mindspeak is a tricky subject for many researchers because they know that we can "hear" voices within our heads, depending on the part of the brain that is being stimulated. In schizophrenics, the left temporal gyrus - a seat of language - appears to be the disrupted area. In the case of schizophrenics, it appears they are hearing actual language and this language is not positive, but negative in nature, such as telling one to do something, instructing them, or belittling them.

When it comes to encounters with alien greys; "The eyes are often a focus of abduction claims. They are said to not move or focus in any observable way to the naked eye. Claims often describe a Grey staring into the eyes of an abductee when conducting mental procedures. This staring is claimed to induce hallucinogenic states or directly provoke different emotions. Although abduction claimants often say that the Grey was only inches from their face during the staring mindscan procedure, they often subsequently claim to not feeling breath or seeing the Grey's chest move from breathing."

Interestingly, communication with aliens is rather limited. Even though they might upload into your mind or you might know what they are thinking, it is only when they are present. Once they are gone, the connection is gone. As a psychic, if I do a reading, I can open up that memory/information and gather more later on. But, in the case of aliens, the connection is gone as if they no longer exist here. Does this mean that aliens truly do go to a parallel universe? I believe if aliens exist, this is the case.

Might they utilize that imperceptible membrane between our worlds to their advantage? That would be the most likely case. They have an added understanding of the pathways of universal information being passed so that they may pass, but when they are in their own realm again, we cannot continue the connection. This might be the only reason they enter our realm - they know we are limited beings and so they must come to our "home" to speak to us.

My encounters involved them coming and going in a wash of orange red light, a smell of ozone, a temperature drop and rise. No sound. I had the very distinct feeling intuitively that the process of them "transferring" to the other realm that results in an orange red light, was under their own person control or own will.

The 4 beings in my room seemed to make a decision to leave and then disappeared, except one who seemed to have some issue with his mind focusing for the process to occur. The stress of not making it happen made it harder for him and the fact that I was reaching out to try and touch him. He did manage to make the transition, but I remember feeling his frustration and hope that he wasn't still visible, though he was visible and didn't realize it.

Perhaps Nikola Tesla was right that energy, frequency and vibrations are key to this interaction. It may be that the very frequency of our brain waves in sleep state make us much easier to deal with in passing on messages and interacting.