Confluences and the Ancient Giants 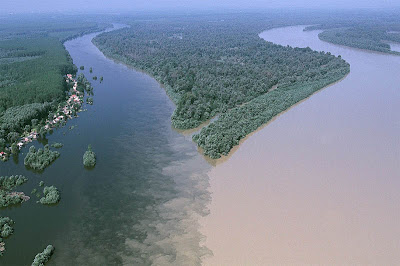 One of the biggest ancient civilizations in our country was at Cahokia Mounds at the confluence of the Mississippi, Missouri and Illinois+ rivers.  Cahokia was the the largest civilization of mound builders in the US to date: Nature dictated that the settlement rise near the confluence of the Missouri, Illinois and Mississippi rivers. Geographers affectionately call the lowlands that hug the eastern bank of the Mississippi there the "American Bottom." This fertile strip was carved and flooded summer after summer by torrents of glacial melt-off 10,000 years ago at the end of the last Ice Age. 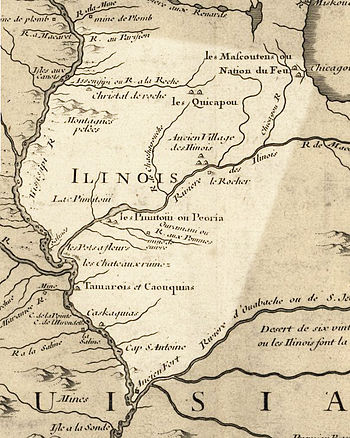 The giants were a very water-oriented culture. Even those red-haired giants in Nevada were on the huge Lake Lahontan.  Some commonalities we find in giants sites are - copper mining, dried up basins where lakes once were when they ruled America, confluences, and caves. In fact, those caves are likely to house the bones of cannibalized Natives, as the giants were well known for their carnivorous ways (found in Anasazi sites, caves near Piasa Bird in Illinois, Easter Island and other caves in Asia and Siberia). Carnivores are natural predators, like lions and this is seen in the otamid skulls which researchers even classify as carnivorous jaws. They were built to eat only meat.

Waterways might have been great for traversing, but they also provided unlimited food source one didn't have to go out and hunt. 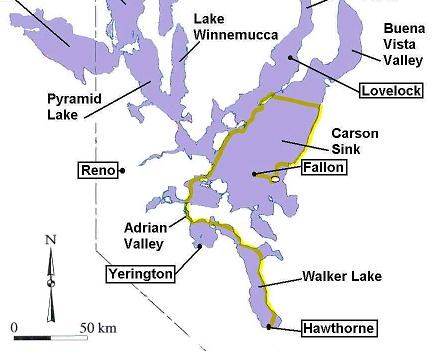 Today, reportedly clans of Sasquatch are found at confluences of waterways/watersheds.

What happens at confluences?

Strategically, one would be able to monitor those navigating a few waterways by studying the point at which a few of them converge. It also would make an ideal spot for protection if one were between the two waterways and better able to monitor those approaching from water or land. If one were dependent on water for a food source primarily, it would be ideal to get turtles, fish, ducks, mussels from two water sources. It also makes a fantastic location for trading.

In terms of leylines (energy lines believed to be within the grid of the earth), a meeting of these leylines creates a vortex. Confluences create a vortex. Is this woo-woo supernatural?  No, there might be a truly important energy that occurs when two forces of water meet that might be very attractive to those with a sensitivity toward reading earth energies or those who desire milling. There might also be a great meeting place for clans who are living along different waterways to meet where they converge, like a "town center."

Is it incidental that the giants preferred confluences or purposeful?

It would seem that the ancient giants were water-based. They wore shells, they traded for shells from the Gulf Coast to have them up in the Ohio Valley, they were on the edges of Lake Titicaca and Lake Lahontan, Mississippi, Missouri, Texas coastline, Florida, you name it! 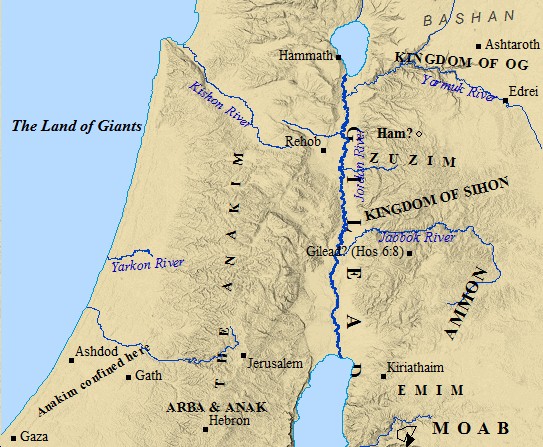 
Waterways were their life, as was mining. It wasn't too surprising when researchers reported conch shells from the Gulf in the Midwest at burial grounds or when the awesome show "Search for the Lost Giants" on The History Channel found sand from a beach 100 miles away tucked away in a potential burial site. Even in the 1400s when the Spanish were checking out Coastal Texas and came across the unusually tall tribe (with otamid skull shapes) of the Karankawa indians, the Natives had copper objects which the Spanish knew couldn't be mined there. The Karankawa explained they traded with the ones in the north who mined it (Wisconsin, Illinois, Michigan). No doubt this trading was done up and down the Mississippi. Incidentally, the land the Leni-Lenape coveted was held by a tribe called Allegewi, who were killed off and driven down the Mississippi from their fertile grounds (mounds area). 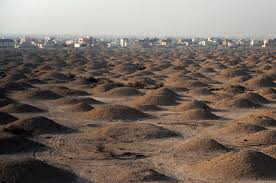 The Dilmun mounds in Bahrain is the largest collection of burial mounds in the world. These people were found to have suffered from fluorosis (too much fluoride) and their diets were almost all from the sea.

These giant people revered their origins and their origins were traversing the seas from Asia to the South Pacific, settling places like Easter Island (with caves of bones showing evidence of cannibalism) and New Guinea (where Natives learned cannibalistic ways) and further by pushing on to South America (where they formed their children's heads to be pointed like giants) and up to North America (which I believe was the last standing ground of their people).

I don't believe in coincidences - that giant skeletons with conical heads were found in America and Bigfoot with conical heads are seen in the same regions today - seems like a no-brainer. That the giants were water-oriented and the Bigfoot lives along watersheds and confluences, as well, does not seem a coincidence.

Knowing that dry basins of long ago lake beds, in areas where copper is mined and trade routes might have been established, as well as cave systems, one could postulate where some of these giants still remain.