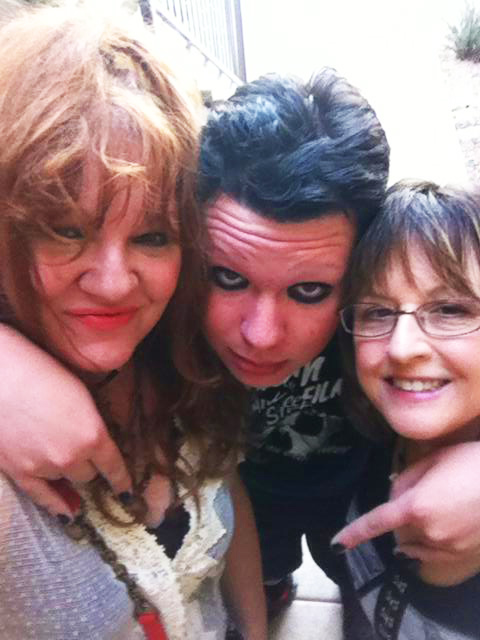 I went to Rob Zombie's Great American Nightmare event in Scottsdale.  Our friend Damian from Misadventures of the Halloweenut and Julie from Above the Norm. 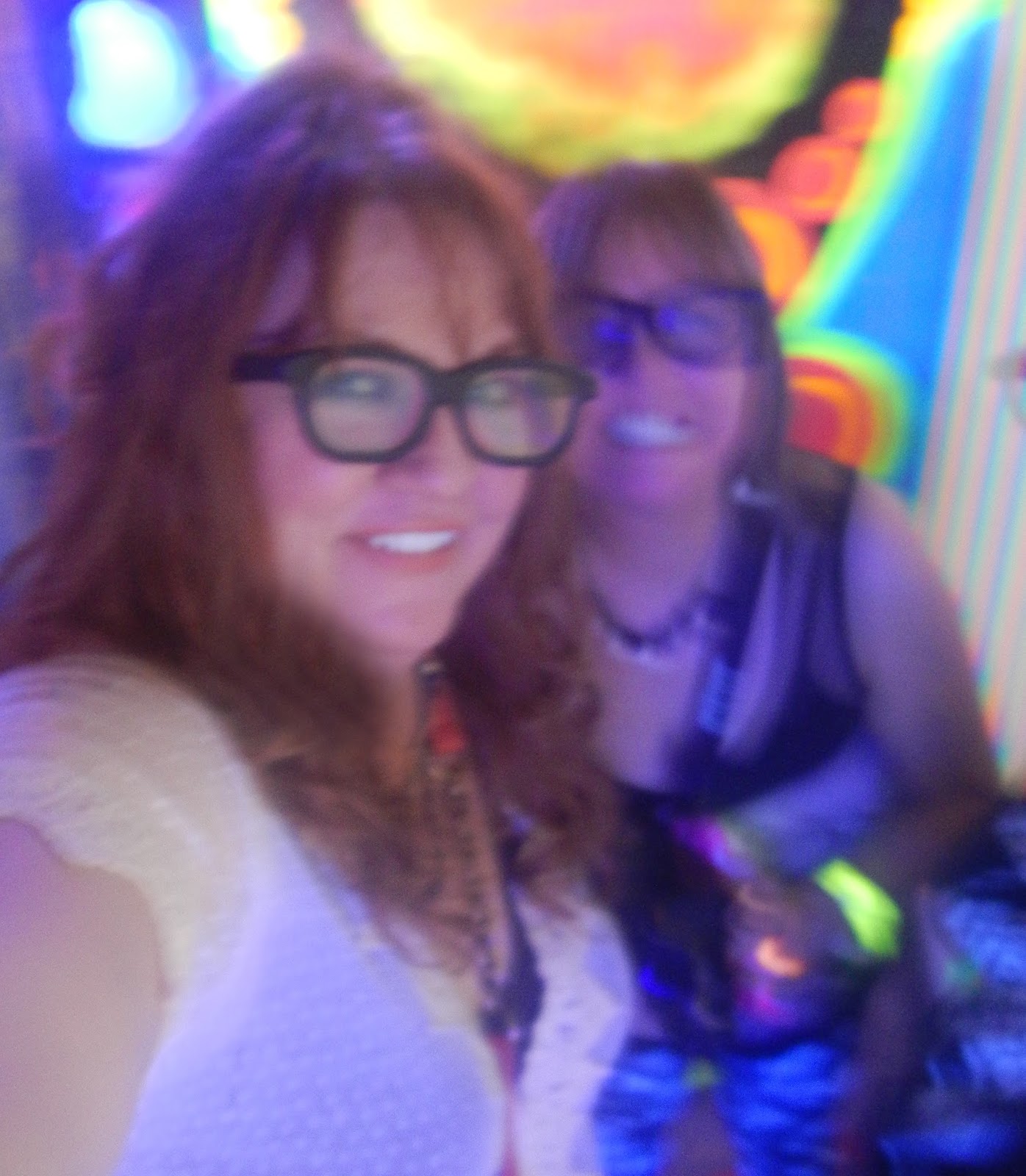 We got press access before the others entered the event, so it was fun and thrilling! We got to photograph the maze houses too.

My only real gripe about the way the place was set up was the approach. We arrived at the Scottsdale horse arena property with zero signs that showed where to go or that the event was even there. We pulled over and rechecked online that we were in the right place and drove around the huge complex. We finally found some cars parked and assumed that must be the location. We had to get out and hike to the enormous building to see a small sign on one of the vendor's booths that let us know this was a horror event. There was nothing at all around the property to indicate the event, the parking or anything!  All in all, great location, just poor communication of where it was.

I was very impressed with the midway before you enter the haunted house area which was under an enormous building where the sets were placed. The midway had pumping music, bright lights, freaks mingling in the crowd including the awesome dude with a chainsaw and a clown mask, fire dancers, glass walkers, etc. This made for a great place to remain and hangout after you run through the 3 houses. 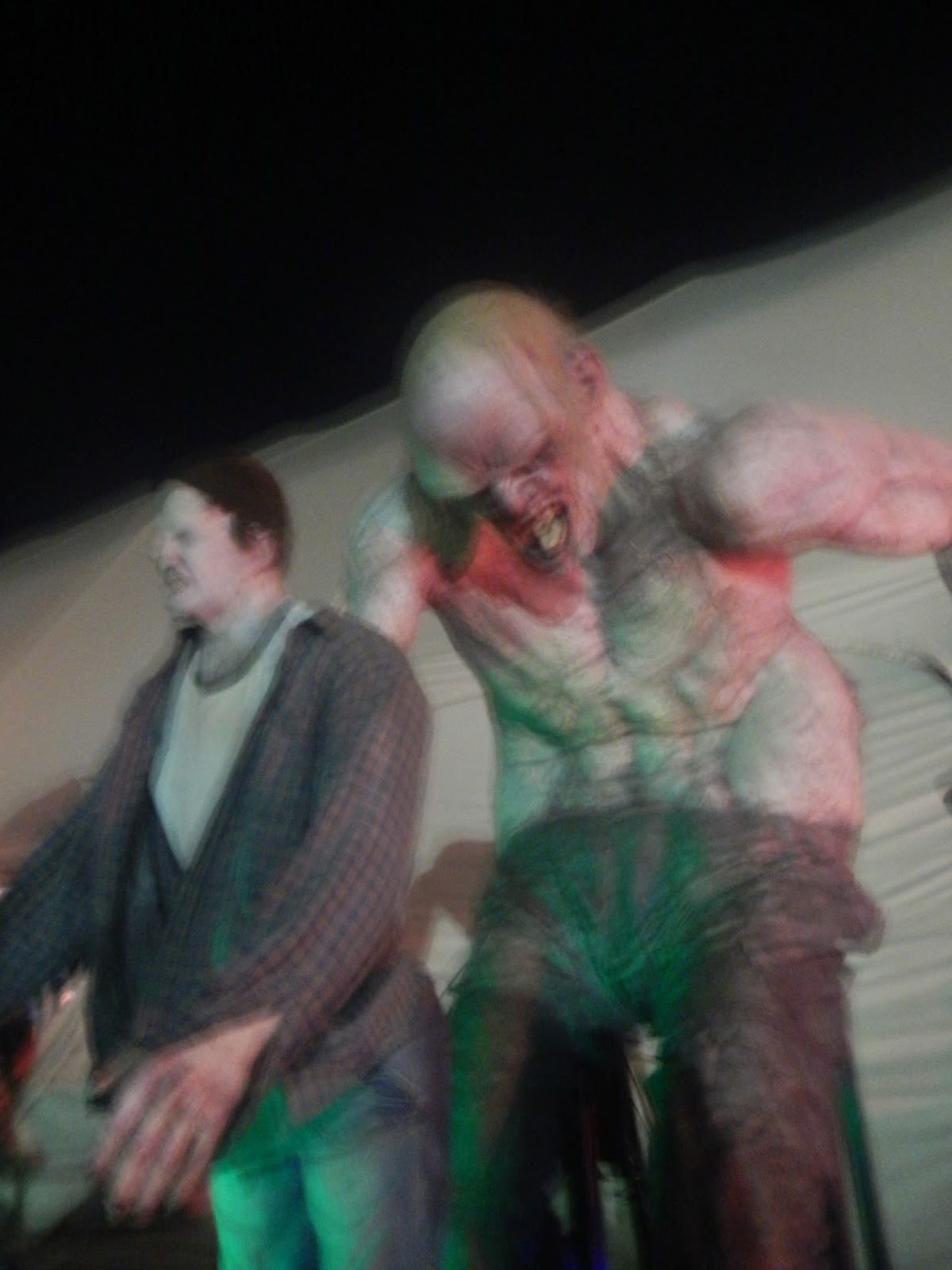 There were three houses. Everyone has that thing they'd like to change in the event. For me it's the dark maze. It was just annoying after a while. You feel around in perfect darkness and nothing happens. So, it was a real time suck and got real old after a while. It's a cheap way to be scary. What I would have done - flash lightning now and then. When you do, you see a figure in the hall and so you think to yourself "Okay, keep going straight, dude is on the right." and then the guy moves so you end up going left to avoid him and he's on the left now. Something like that would have been cool to have a second to see things and be shocked by the outlines you see.

That being said, the sets were lush, great detail, really felt and even sometimes smelled ideally musty and old, dingy and nasty. The characters were beautifully done and seemed to like their quirks which made them believable. 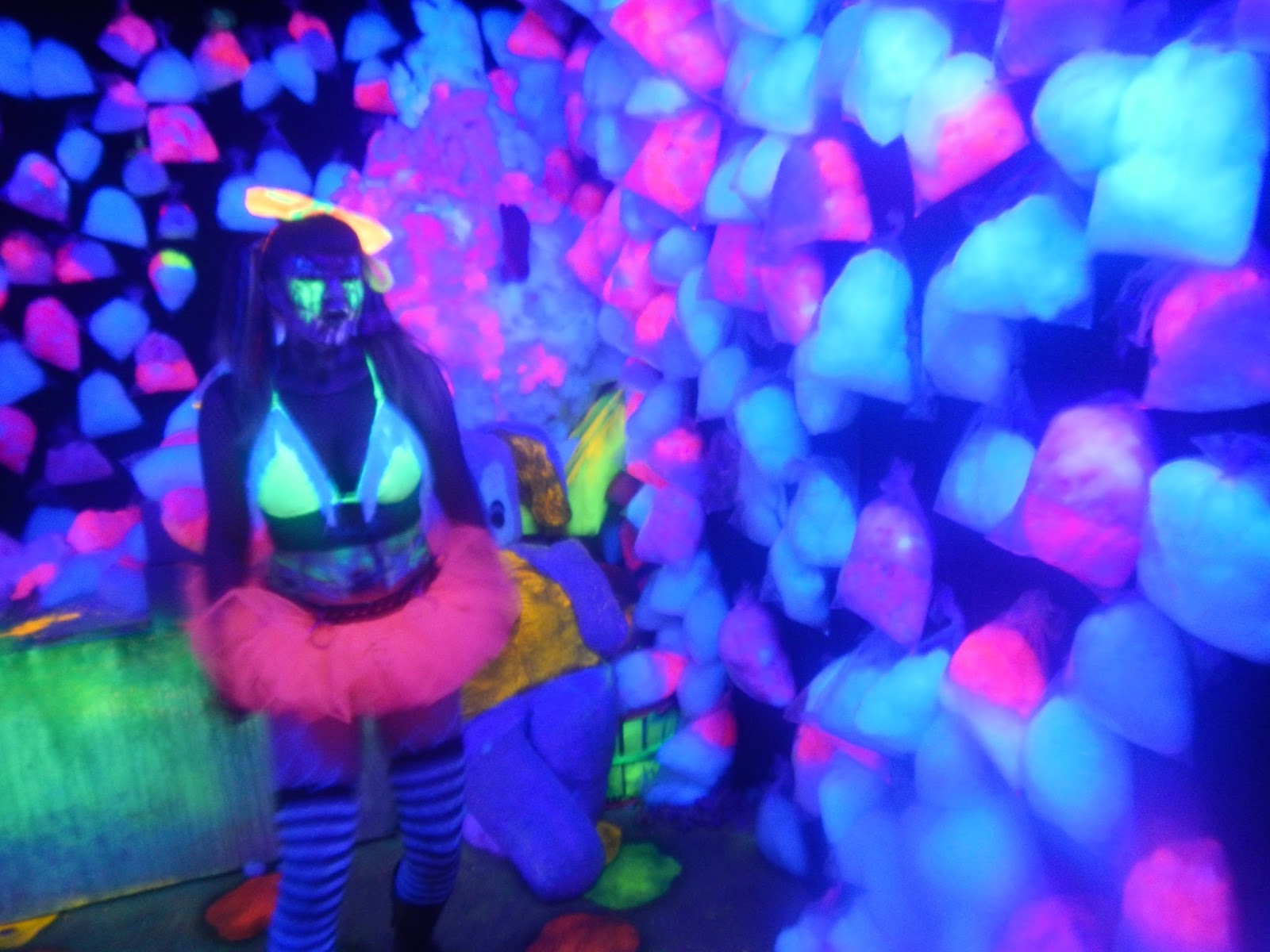 The second house was a visual orgasm! You had to put on 3D glasses and go through a fluorescent bright insane clown world and you have trouble judging where the floor is and such. It was demented and felt exactly like you were living inside a cartoon. If you don't like clowns, you're gonna be uncomfortable - pleasantly so. 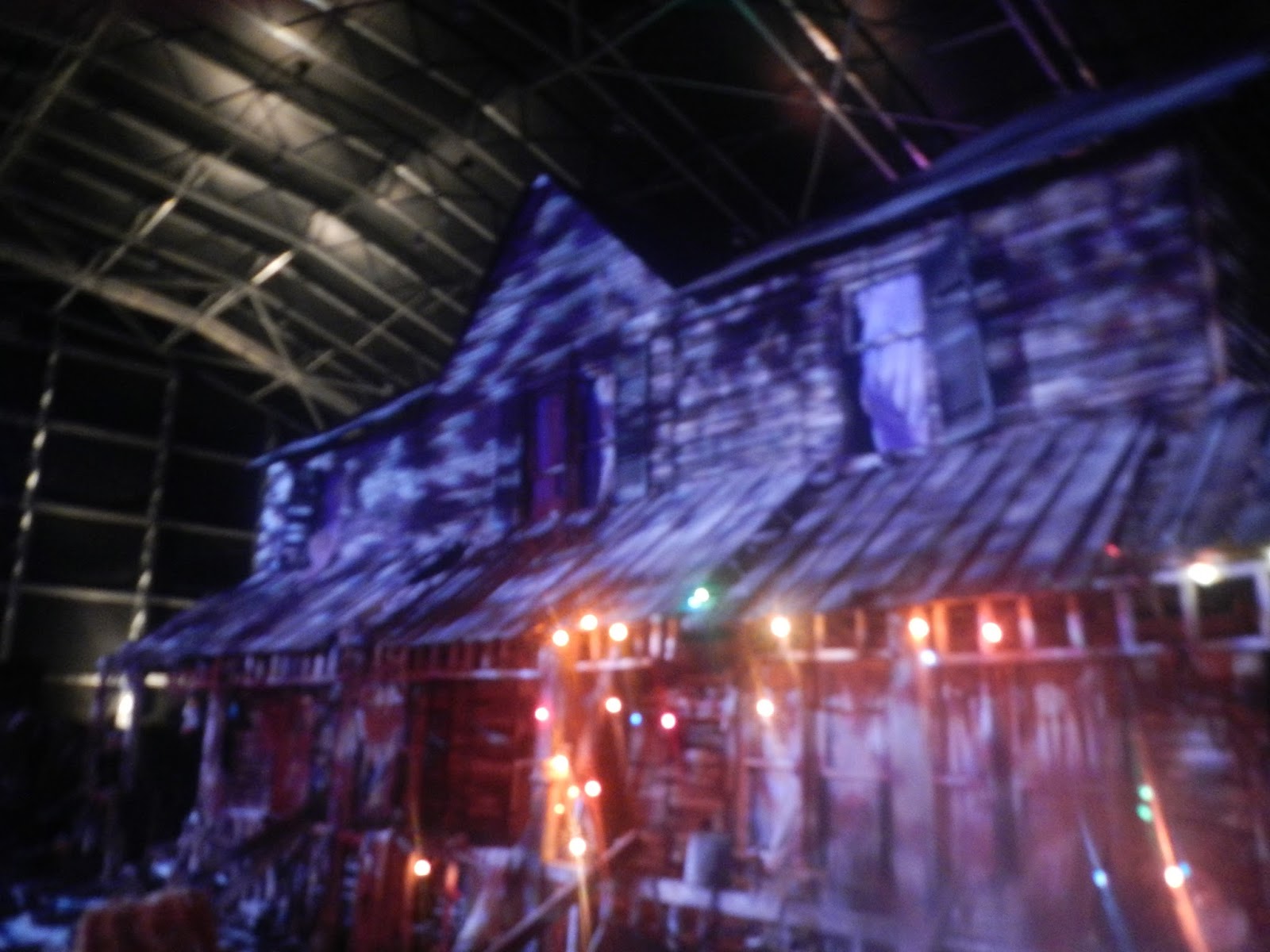 Before the final house, you have the pinnacle of the event - a shootout like the beginning of "The Devil's Rejects" and the setting with cop cars, cops, lights, and the house are exactly as the movie and you stand in between the shootout. The dialogue goes like the movie, the shooting starts and air blasts make it feel like bullets whizzing past you. It was a visual excitement that got everyone keyed up.

At one point in this dark scary house based on "The Devil's Rejects" (I think a disturbed but truly brilliant and beautifully done movie), you encounter characters and a creepy motel setup that allows you which room and character you want to deal with. It was a great twist!  There was one place in the entire set-up that I actually felt uncomfortable and a bit afraid. It was a long dark hallway with what looked like stone arches leading down other hallways, but it had a very peculiar and nasty smell like death faintly and was so quiet and so eerie that it felt very otherworldly.


There's some haunts that you wish you could go to another time. This would be one of them. What I greatly appreciated was the midway addition because it gave you a place to hang out and party, eat, drink, see freak displays, mingle with creepy characters and feel like you're part of an entire evening event instead of just a quick rush through a scare house. I say it's worth the cash and expect to want to stay for hours and hours.