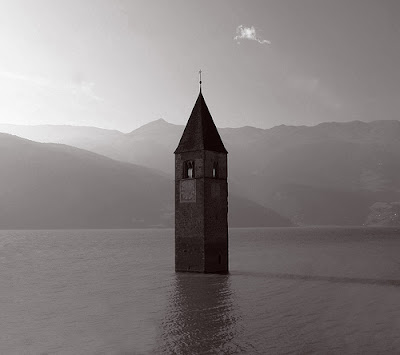 Graun and Reschen underwater towns - Italy
These towns in the Italian-Swiss alps had been around since Roman times, but in 1950s plans to make a lake that united others were underway and the towns were flooded. What's left? A 14th century bell tower. Beneath the surface--163 abandoned buildings.

If this intrigues you, consider seeing "Deliverance" or "In Dreams," two movies that involve towns going underwater. 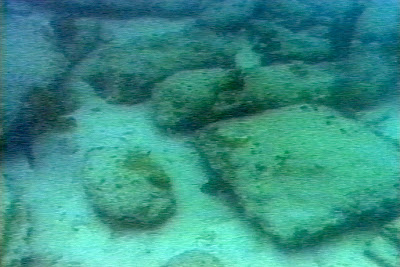 Bimini
This area in the Bahamas became famous by people speculating it might be Atlantis. Underwater stones that look like an ancient roadway have caused lots of theory and debate, as well as attracted a lot of divers. 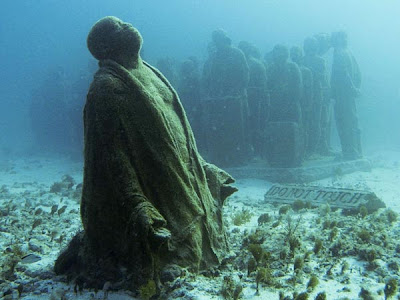 Underwater sculpture
Amazingly brilliant and talented artist, Jason deCaires Taylor , combines art and science. He places his sculptures in the water and lets nature breathe them to life. 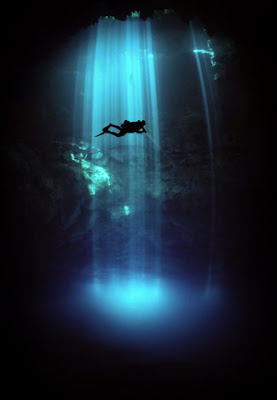 Underwater caves
There are some crazy adventurers who enjoy diving in underwater caves. I cannot think of a more lonely and silent tomb possible, but the sights must be amazing since very few humans have ever seen them. If one is claustrophic, just diving is scary, but diving in a cave--that's the ultimate test! 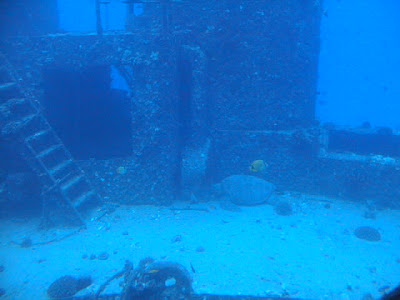 Shark diving
Yes, people actually voluntarily want to dive with sharks. Places like this one make it possible to try it out. I guess if you want to face your greatest fear, that would do it! 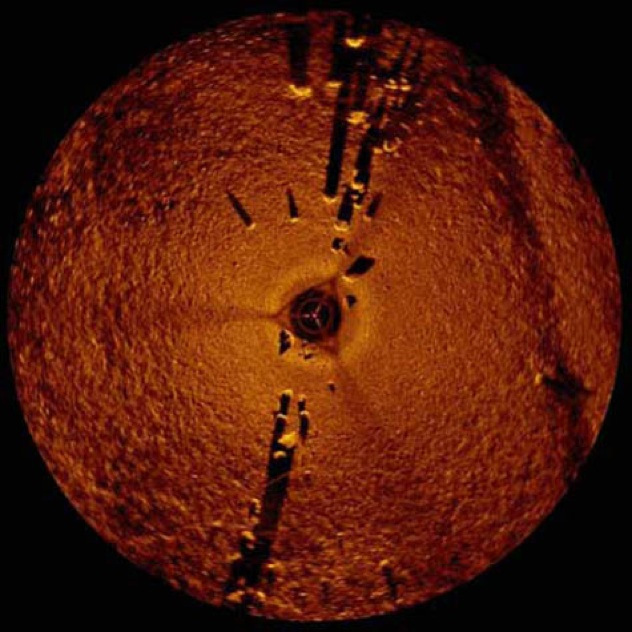 Lake Michigan Stonehenge
In 2007, while surveying the bottom of Lake Michigan, they found on sonar groupings of stones in a 40-foot circle and what appeared to be a Mastadon carved into one stone (lived 10,000 years ago). Ironically, it is not at all out of place with the petroglyphs, mounds, and signs of "Originators" in that region. 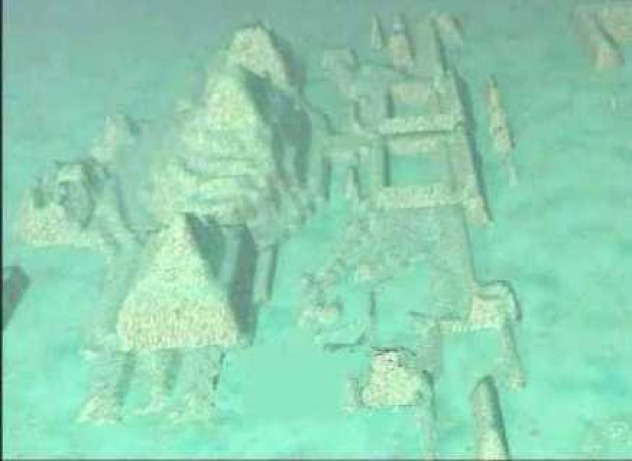 Cuban Underwater City
In 2001, an underwater city was found off the coast of Cuba. It covers 2 square kilometers, and is over 2000 feet down. Interestingly, skeptics say it can't be man made, it would have been 50,000 years ago for it to be sea covered by now. If verified it is man-made, it will verify legends by Mayans and Incans of a civilization on an island that sank.

Digging this subject? Check this out -
10 Mysterious Underwater Anomalies