After a lengthy discussion, it appears this find was very very deep in a remote cave, hidden in a room that had no air and dust floating around. It was very hard to get to and very still and exceedingly dry. These conditions allowed this find to become fossilized and hard like a table if knocked upon. I am working hard to identify what exactly it might be. It appears that someone in the distant past took the skull and talons (feet) for prizes, likely a tribe member of more ancient times, perhaps the winnings of a "thunderbird" since the synsacrum would have been seen in birds for them, but they didn't know dinosaurs during their time, so they likely compared it to a  skeleton they knew and assumed these were giant birds when they came across them. This might be the origin of Thunderbird legends, but that is just my own conjecture at this point. 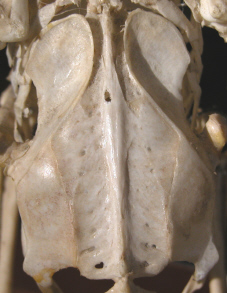 Synsacrum - syn meaning "fused."  Synsacrum is found on the rear back of a bird or dinosaurs.

(the cave find's rear back this one appears to go to more or less a point in shape towards the tail, not like the bird above) 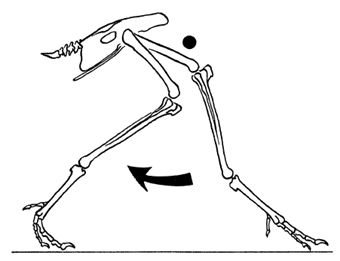 (lower leg with talons are missing and skull is missing - trophies by a paleo-indian? Most likely! - more below)

Here's another support for theropod versus large bird - 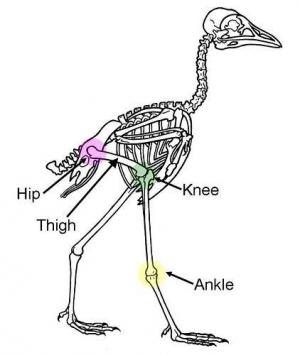 BINGO! strong hip of a leg walker attached at top of synsacrum. I say with great sureness that this is a dino - a theropod of ostrich size!


*A very sharp friend mentioned - hey reptoids are in caves, not dinos, and it's the right size. Only way to prove that it's a potential reptoid would be to disprove that it's any dino we know. Hmmmm*

Email ThisBlogThis!Share to TwitterShare to FacebookShare to Pinterest
Labels: fav