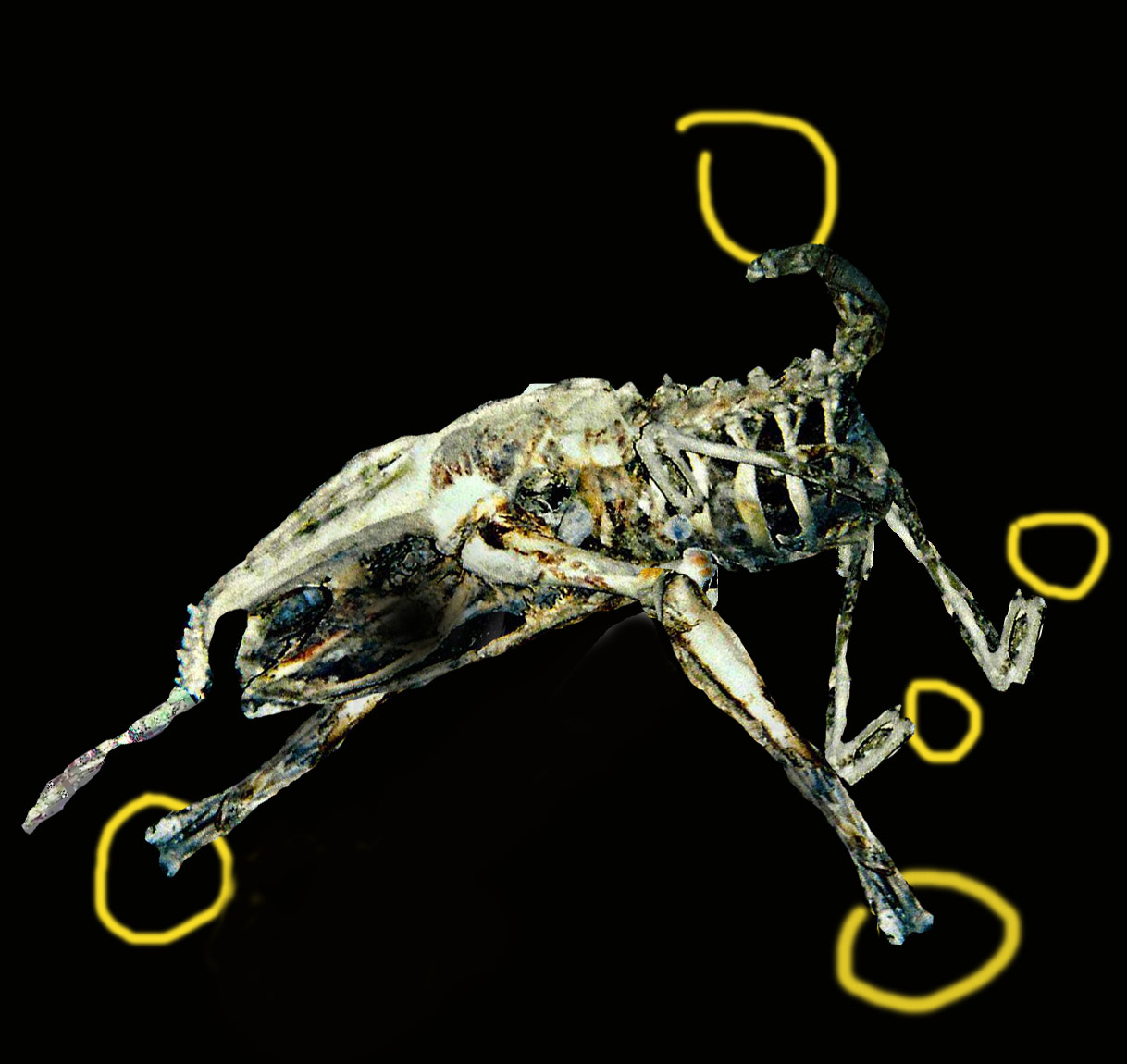 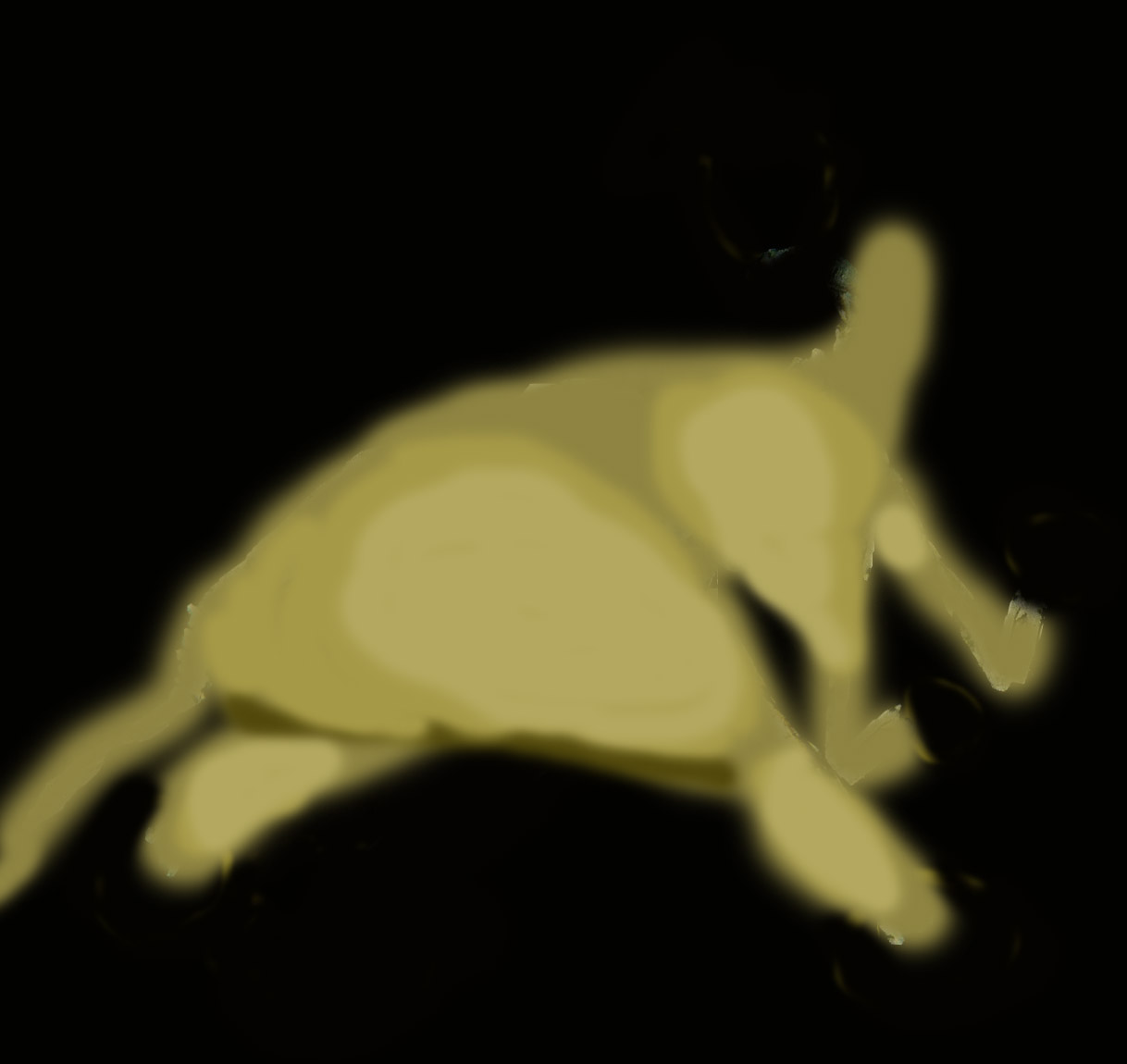 The bones were found in a cave in the Western US a few years ago. The people who found it, discovered it in a very isolated location a half mile deep into a cave, hidden in a lave tube "room" isolated by stalactites.

When they found this skeleton, it appeared to be in a crouched posture, like a bird on a nest. In fact, given the synsacrum (fused sacral bone in the low back), it appeared to be an ostrich to their opinion, given its sizes and the bird-like bones.

Upon looking at this pic that they brought forward, it very much appears to be some sort of theropod dinosaur.  It was missing the skull, hands and feet, which seem like they could have potentially been prized as thunderbird skull and talons to any native person long long ago who came across it. There would have been no dinosaur knowledge to compare it with, but a bird skeleton would seem similar.

What I noted on it as I unfolded it in Photoshop and added flesh, was that the attachment of the powerful hip/leg joint was up toward the top of the synsacrum, not like the bird transition. This appears to have walked on 2 legs.

For more info on the ongoing puzzle, look to the right hand side of the blog for the dino bones post. It has links to every update done from the beginning until now.

I have been told that the finders of this unusual skeleton are planning an expedition in the near future to the site and to document it carefully. I will, of course, keep you updated.