Horror Movie Sequels In the Works 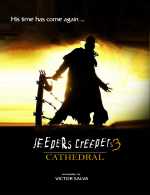 Set 23 years after the previous film, we follow Trish Jenner (Gina Phillips), who is now a mother. Realizing that the return of the Creeper is just around the corner, she begins to have terrible recurring nightmares of her own teenage son confronting the creature and suffering the same fate as her deceased brother. Now a rich and powerful woman, she's determined to finally put an end to the Creeper once and for all. No release date yet, but it will be done by Victor Salva who started the series.

I was so disappointed by the ending of the first one. I wish he had just let Trish jump into a car and try to chase her brother into the wilds and left it open. The second movie was just a total bust with the teenaged expendable school bus and the teen who was suddenly psychic? Did they have to push the plot with such an amateur tool?  Salva better get this one right and I gotta say, I am rather sick of his obsession with adolescent boys. I admit, I will watch this one simply because I like the Creeper and I do hope that they have a setting that is atmospheric like that woman's garden near her house with all the cats. That kind of setting is just full of awesome autumn-ness and mood.

This is only in the talks right now and no plot has been released, but it will be like the first movie with a collection of stories.

I think my only gripe with the first one was that they spent time on stupid tongue-in-cheek stuff and I wanted them to stick to the creep-ass horror, like the kids and the schoolbus and the woman in the front yard taking down the decorations, and the werewolf one would have been really good it hadn't been so dragged out and campy. I think of all the horror movies that are set on the actual day of Halloween (not many are!) this had an amazing setting and mood that was so genuinely creepy, like the little guy with the sack head running throughout the movie and the urban legends and weird stuff on a night of decorations and people in masks.

I might want to watch this one, hoping that the fluff and camp is gone and the true Halloween night/urban legend feel is back.

Revolves around a group of friends that travel to a small undocumented island in South America to celebrate one of them getting married. The island is also home to a research facility, which faces an outbreak of the very same virus from the previous films. The remaining survivors must band together and find a way off the island before it's too late.

I'm not a fan of trying to do a sequel to something that depended on its novel twist to make it new and original. It's like trying to make a follow-up movie for "Sixth Sense." We know the ending, so why bother seeing the movie again? It was a new twist on being killed in the woods, instead of a killer, a virus, but I know I'm not interested in this one in the least. It is about to be released too. 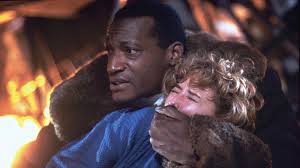 Set in New England in an all-girls college where a professor is the descendant of Candyman, yet she doesn't know who or what he is.  No release date yet.

I wasn't a huge fan of Candyman and never saw any of the sequels. It's like Children of the Corn, the theme/plot just loses something when you beat the crap out of it. 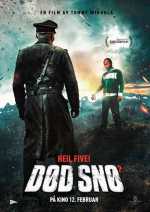 Picking up immediately where the original left off, Dead Snow: Red vs. Dead wastes no time getting right to the gore-filled action, leaving a bloody trail of intestines in its wake. Director Tommy Wirkola returns to the helm with a vengeance, coming up with more inventive ways to maim and dismember than you ever thought possible. Combining wry humor with horrific worst-case scenarios, this follow-up to the 2009 Midnight classic is sure to shock the weak-of-heart and delight even the most hard-core fans of the horror genre. Colonel Herzog is back, and he is not to be fucked with.  Awaiting release date.

I honestly adored "Dead Snow," so this is one I want to see! I love Scandinavian horror and the "Dead Snow" had the single most insane zombie fight scene ever!  I kind of wanted more Nazi zombie action and so I will be happy to see this one!

Overall, I'm not a fan of sequels unless there is something more that can enhance the first experience. Halloween 2 did a fair job of giving us more time with Michael within the same night and previous plot line. Movies like "Jeepers Creeper 2" totally disappoint. Part of the excitement with Trish and Darry was they were really alone in their terror. The second movie completely lost us on who to root for and in the end, I wanted them all eaten expeditiously.

"Resident Evil" did a good job of sequels because they kept the concept and the lead and gave her new scenarios. But, the movies that give us new people each time and a formula like "Final Destination" and "Saw" have to depend a lot on novel concepts. We want to see how someone is going to bite it - but we never really care about anyone in the movie. It was an abomination to try to continue "The Amityville Horror" or "The Omen." Those stories stood on their own. When you are relieved someone got out of the movie in the end, you don't need to revisit that concept.