The Potential Qualities Of Bigfoot Eyes 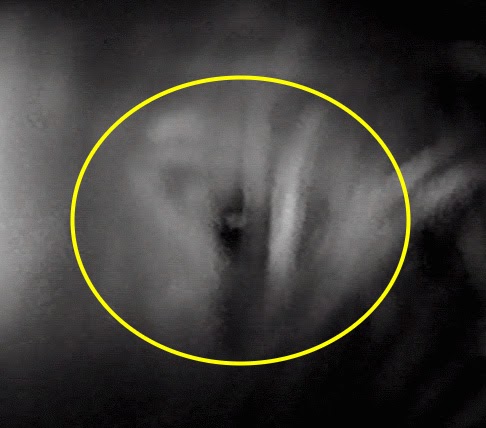 Witness reports and the random close-ups of an eye on the IR trap cameras have shown some very intriguing things about Bigfoots' eye qualities.  Although I do not have permission to show some of the photos I've been allowed to evaluate privately, I am showing this one above (this one is a still from a video released by MK Davis from a research group).

Bigfoot eyes appear to have these qualities (based on witnesses and photos): Daytime cat-like pupil, nighttime enormous pupil, iris covering almost the entire eye with very little sclera (white part) showing, upward turned outer corner, sensitivity to light, and strong ridges of muscles around the under eye lid, between the eyes and all the way up over the brows.

The pronounced ridge around the eyes is an indicator of especially strong supporting ocular musculature. This would be an important adaptation, like us having eyelashes to keep dust and dirt from our eyes. In their case, however, this would be to protect the eye from light.  The eye appears to have an enormous iris and within it, a pupil that can fully dilate the size of the iris to see better in darkness and let in the maximal amount of light available. If you have eyes that can do that, then daytime you might need to be able to tighten the flesh around the eye to protect its sensitivity.

Many people report sighting a Sasquatch who had an angry scowl.  Look at this still of Patty - notice the "white lump" beneath her eye? A protruding muscular ridge that allows the lower lid to pull up and protect the eye. 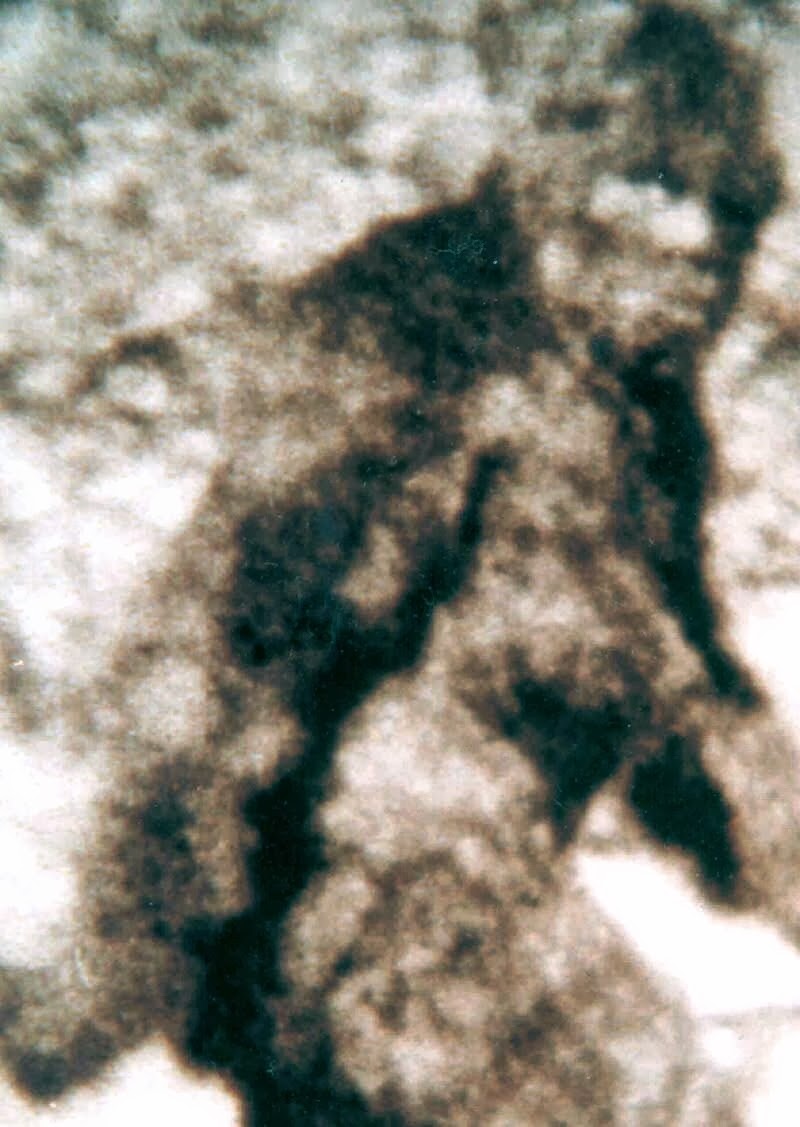 To those viewing a Bigfoot in daylight or under the conditions of a flashlight or car light, it might seem like he's pissed, but if you understand this protective adaptation, you can forgive him seeming angry. Just think of that elderly neighbor with poor vision who scowls to try to see things without his glasses. Around the orbits of a Sasquatch are thick overly developed muscles. These create ridges that help in the process of protecting the eye from daylight.  So, daytime witnesses close enough to see the eyes, might see a pupil constricted as much as possible, periorbital muscles contracting to protect even more from light.

These findings would suggest that Bigfoot evolved to be a branch of man who is nocturnal. It also explains how he can help retain his privacy by gallivanting around at night, able to see us when we would have no clue he's there as we are practically night blind in comparison and because we don't venture out often in the nighttime, he can own it. Anyone who says that apes are not nocturnal and thus Bigfoot is not nocturnal is saying something as asinine as saying that humans can swing by their tails because chimps can.

To add more to this interesting observation, a particular closeup of an eye at a lens showed another interesting finding, the bridge of the nose was high on the face. On a human, it is about even with the center of the eye. On this being, it was up near the eyebrow area. This also lines up with a skull found near Lovelock cave - an ancient and very unusual skull which happens to be shaped just like today's giants - Bigfoot. Tomorrow's post will be dealing with some uncovered information about a skull found near Lovelock Cave and how academia kept this and other similar sloped-forehead skulls a secret -

Although, like proving Bigfoot, none of my concepts here can be proven, they are based upon examination of evidence and witness reports and a fair deal of medical knowledge. Take them with a grain of salt, but please do take them and consider them.