Lucid Dreaming and Out Of Body Experiences 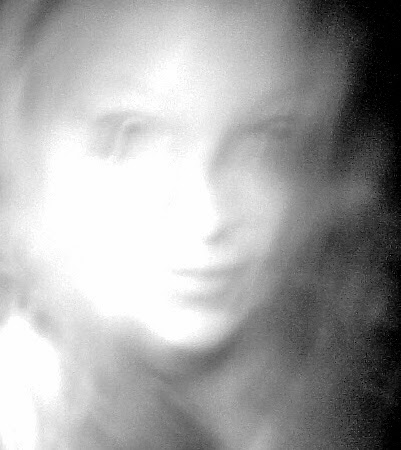 In lucid dreaming, you either know you're in an imaginary world and dreaming or you manipulate things with your mind because you know you can.

Our sleep occurs in cycles. Some of the first dreams we have during the night are letting off emotions from the day; anxiety, fear, anger, hurt, but then as the night moves on and we go from deep sleep to REM sleep and back again, our dreams begin to change. If you keep a dream journal, you can recall when you had a dream that made you realize you were dreaming. For example, in my dream journal I wrote, "I was running but as I ran, I wasn't breathing hard or tired. I realized I could run even faster because it was an unusual skill out of my capability normally. So, I ran even faster with no breathlessness and great speed." I took note of this dream as being the one that I actually woke up in the middle of at 7:30 a.m. That kind of tip helped me to learn a pattern - my lucid dreams tended to be when there was light out and I awakened.

For most people, if you take a nap within a few hours of waking in the morning - you are hitting a likely lucid dreaming time. Part of this might be due to a very subtle subconscious knowing that there is light behind the eyelids and so one should be awake.

We most often remember dreams we wake up from, so, set your alarm clock for about 4-1/2 to 6 hours after you fall asleep so you wake up during the dream to note its contents on a notebook.

Another interesting method is this one - Try marking an "A" (which stands for "awake") on your palm. Every time you notice the "A" during your waking hours challenge whether you are awake or asleep. Eventually you may see the "A" in your sleep and become lucid.

For me, lucid dreaming is easier because I am a very logic-oriented person who spends a good deal of her time debunking. Having to find explanations for things that don't fit in the waking hours carries over to my sleep state. I find that if a dog starts talking, a very logical side of me says "that can't be real!"

Another time that I realize I'm lucid dreaming is when I do something I shouldn't be able to do - like run without breathing hard, flying, or if something happens that is so terrifying that I don't want it to be real - I sort of wake myself within the dream to change the plot line of the nightmare.

Here's the way I see sleep state - remember when you were a kid and you played pretend? You held up your dolls and made them walk to their cardboard house or your rode the back of the sofa and pretended it was a horse? You were actually practicing for the adult world. You were mastering concepts, responsibilities, and scenarios.  As we get older, we don't need pretend anymore, we are living it, but at nighttime, we still work out potential happenings and in a very deep and spiritual way, we probe our tools of adulthood to see how we handle each potential scenario. Those of us who feel mastery in our own lives with new skills and awakening our potential, we are more likely to be able to lucid dream because that sense of control we have in daytime, relates to nighttime as well.

Out of Body Experiences

Out of body experiences (OBEs) are different from lucid dreaming in that you visit a place that you can later recall to the occupants of this location in great detail. There are two different beliefs on how OBEs occur, either your mind literally goes to that location or your mind taps into universal knowledge and knows of a place it hasn't actually been to but knowledge that is out there to be grabbed and interpreted.

One woman reported being able to do OBEs spontaneously her whole life. She thought everyone did them. She was brain imaged while undergoing the sensation and it showed activated parts of her body when she felt she was moving in her mind.

I have had OBEs and they would happen spontaneously upon going to sleep or waking up, not every time, but at least a few times a week. I would feel a super fast hummingbird heartbeat like feeling inside of me, resonating faster and faster until I feel a pop and feel myself hovering over my body. Something instinctual in me has not liked it, and would pull myself back in with a thunk and vibration that would slow down as I became more and more lucid.

Here are some basic instructions on OBEs. Some people are frightened of it, but honestly you are not going to leave your body and be locked out like a homeowner in his pajamas retrieving his newspaper from the stoop.

From time to time, we all have lucid dreaming or even out of body experiences and either do not recall them or did not understand what we had. The shifting brain in its sleep states and the brain wave patterns are an interesting and complex dance of electrical firings and synapses making connections and at any point in the melatonin-induced sleep state, we can reach in between patterns that might make our dream state and our mind-body state an interesting dance of lucidity.

If any of y'all try these things, I'd love to hear your experiences.