The Manic Factions of Bigfootery 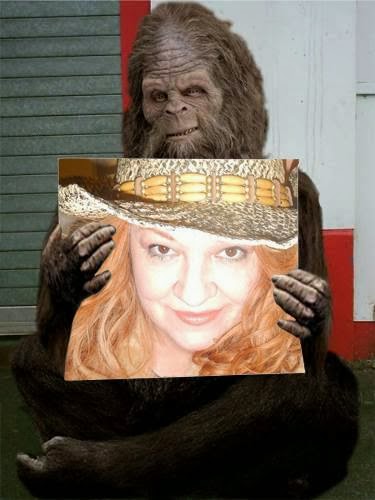 Bigfoot is a hot subject. A few years ago, it was ghosts. Coming up? I believe the next big phase is alien ancient archaeology. Even though the para-realm goes through phases, it also tends to develop opposing factions that take the subject to extremes. In one camp of ghost hunting, you had Zak and the Boyz getting possessed and yelling at ghosts. On the other side, you had the psychic mediums who wanted to help them move on and release them from their earthly prison.

In the past few years in the field of Bigfootery, we went from wondering if Bigfoot can be proven, to wondering about their habits and lifestyle, and perhaps even para-aspects to their talents. Somewhere in all the attention to this hot subject of late, a bandwagon loaded up with lots of quacks, freaks, and downright sham artists who hoped to make Bigfoot an industry to make money and get fame or turn them into some kind of spiritual gurus.

Most folks in the field are somewhere in the middle and the really savvy ones in it for the right reasons, really don't follow what's up in either of these factions because it's distracting grandstanding.

"I want a carcass" Camp
There is a lot of outrageous behavior in the Bigfoot Arena of scam artists, thugs, criminals, and attention-whores who seek to make a business out of Bigfoot. They incite people to pound the trees in the woods and come up with a body (they say for the purpose of science), but it is nothing different from a bunch of supremists trying to create fear and misunderstanding of a human tribe for being different. They often refer to Bigfoot as beasts and monsters, apes and the like. Much of what comes out of their mouths is disgusting ridiculousness that is said for the purpose of shock. These sad bastards are the types to try out for the TV show that is equally as outrageous. They are not interested in Bigfoot, only interested in the audience it brings in. They have no real career or legitimacy, just a very loud voice and unnending need to produce laughs or gasps and hopefully secure more media time.

"Bigfoot is a spiritual being of another realm who is gentle and much wiser than us" Camp
Referred to often as "The Ancient Ones," these followers of Bigfootery believe Bigfoot to embody the heart and wisdom of the ancients, a beneveolent being who is much more advanced that we.  They might be seen as the eco-weenie New Group, but these seekers of Bigfoot encounters are seeking what they believe is something almost Divine. They often believe Bigfoot could be alien or from another dimension, has abilities to cloak, read minds, and believes in loving with his whole heart and not his ego. For many in this group, it's a spiritual, sometimes religious, experience. They attribute many grandiose and fantastical characteristics to the Big Man. It kind of reminds me when something is so rare and hard to acquire that everyone wants it and assumes it's better, like some manufacturer that they only produced 100 cars of a certain model. Because the Sasquatch are so quiet and retreating, to get an interaction with them would be the ultimate prize of worthiness. Sometimes, beings are reclusive for reasons other than that they are superior, sometimes it's in their makeup to be a shy being, mental deficits can also create a hermet type mentality. Elusive does not necessarily mean superior and exclusive.  There are assholes within the Bigfoot community as any other human tribe. It would be naive to assume they are all gentle beings.

Balance:  Now, somewhere in between all these extreme swings of fanaticsm, we can find a middle ground that is safe from Bigfoot is a Beast and Bigfoot is a God mindsets. What happens when these "phases" of paranormal come and go is that we are left with disbanding groups that feel the search has lost its charm. Then, we slowly go back to quiet research and readjusting our thinking. We are seeing that strongly in the ghost investigation realm. Teams that formed overnight to jump on the bandwagon, soon disbanded as they realized it wasn't exciting, the review of evidence was tedious and there were better things to do on a Saturday night. The saturated field is beginning to thin out, leaving those who were already in the field before it became popular and mean to stick with it because of true hunger for knowledge.

Bigfootery is still the hot thing, but in a year or two, it will begin to dwindle as the new hot thing starts to show itself, which for now appears to be ancient extraordinary finds and ancient aliens. That field will be the next to have manic factions. Ironically, fashion is much the same, when short skirts became so short that a woman had to wear matching panties, hemlines plunged low again. We take all things to the extremes just before we begin to correct ourselves. Bigfootery is reaching the extreme scale. It is getting near the time for correction.

It may seem unbearable now with the obnoxiousness in the field of Bigfootery, but true researchers neither watch the shows, talk in the chatrooms, or comment on the sensational sites. They seek other like-minded people with stable research methods and feet rooted on the ground attitude. They seek knowledge without influence, open to lots of potential explanations, but always questioning everything. They neither want to be famous for it, rich for it, or praised for it. They do it because they are ultimately a genuine researcher in search of a truth.